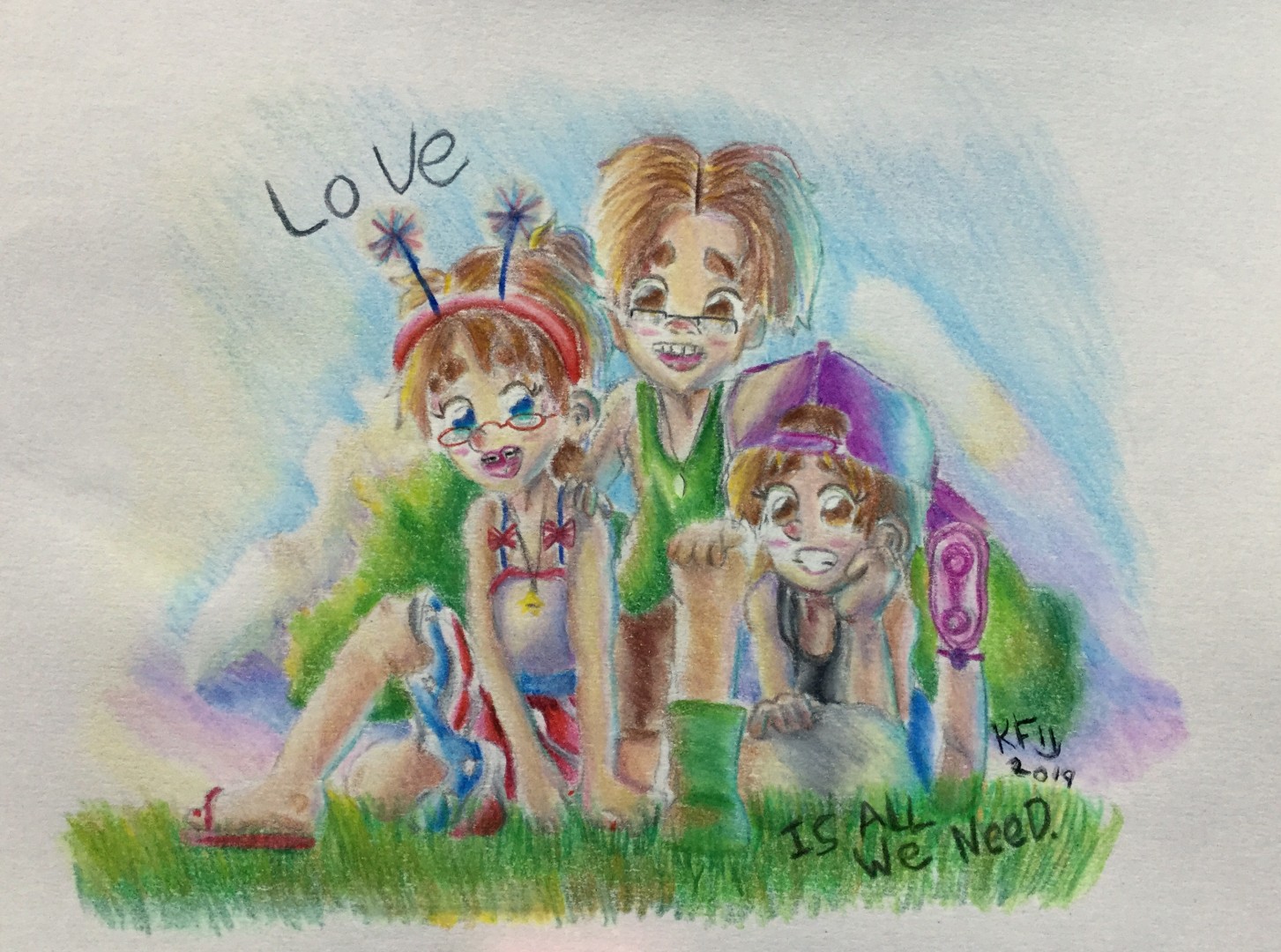 More artworks made by Doodle-For-Adventure 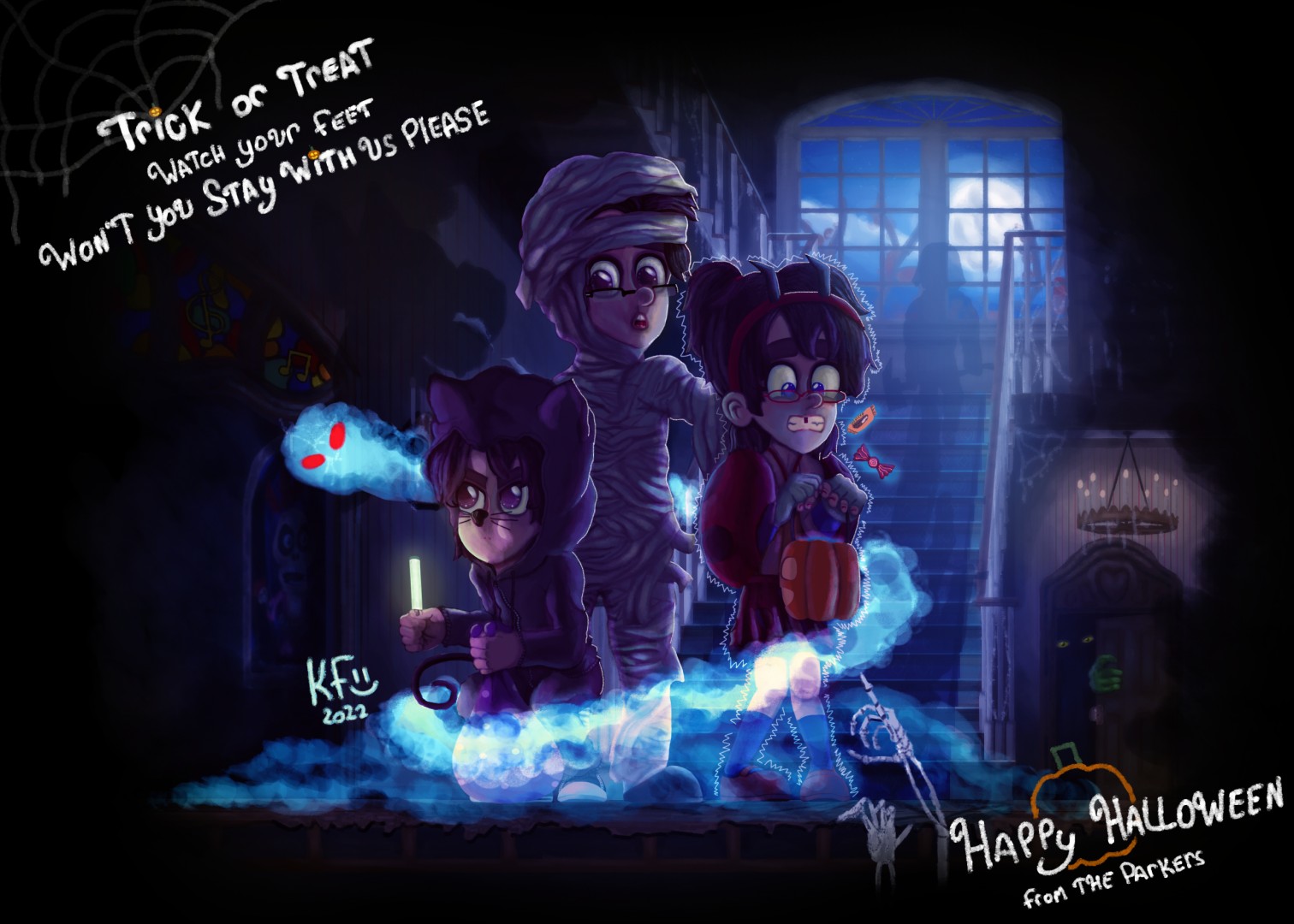 Happy Halloween 2022 From The Parkers

its here Halloween night in Twilight Falls and although everyone out late trick or treating the parker siblings were dared to go inside the citys haunted mansion. the home of a onces thriving rich man in the city who suddenly died during the great depression the family had no idea how he had died. spirits where thought to have lived with in the walls slowing driving him mad for decades on the place remained abandoned. the family and the city tired to sell and repurpose the land but every time the spirits manipulated the locals to not touch the mansion. during the 1950 when twilight falls was building up its suburban side a family was in the process of moving there home had not yet been finished and so they stay at the motel near the town drive in. a spirit from the mansion confronted the father and invited them to come stay at the mansion stating the owner need a temporary housekeeper he agreed and so the husband wife and there son moved in. the spirits used there powers to make the mansion look like it did when the owner was still alive. over time the husband went nuts killed his family and some locals who question why he was staying in that abandoned home. when the cops tried to catch him he killed one injured others before killing him self the ghost of the husband is said to hunt the mansion with his axes in hand. the spirits who live in these walls look to lure unsuspecting people in hoping to trap then just like the husband. as for the parkers they to are confronted by the spirits within but no fret they will be alright. for the look of the mansion i wanted to go for a very banjo kazooie mad monster mansion vibe with the walls the stain glass above the door way on the left as well as a creepy mumbo shaman painting. the light fixture is based on the ones seen in the shining sets and even thought theres no power in the mansion the spirits can make lights come on. on the stairs is the ghost of the husband with the axes behind the door the green hand his a big green ghost the skeleton hands could be from the dead wife and the blue sprite was just an idea to have a ghost swirling around them. as for there costumes Mason is dressed as a mummy Leela is dressed as Ledyba a Pokemon from gen 2 and Madelyn is dressed as a black cat these looks minus the mummy costume were worn by them in 2018 well enjoy happy Halloween 2022