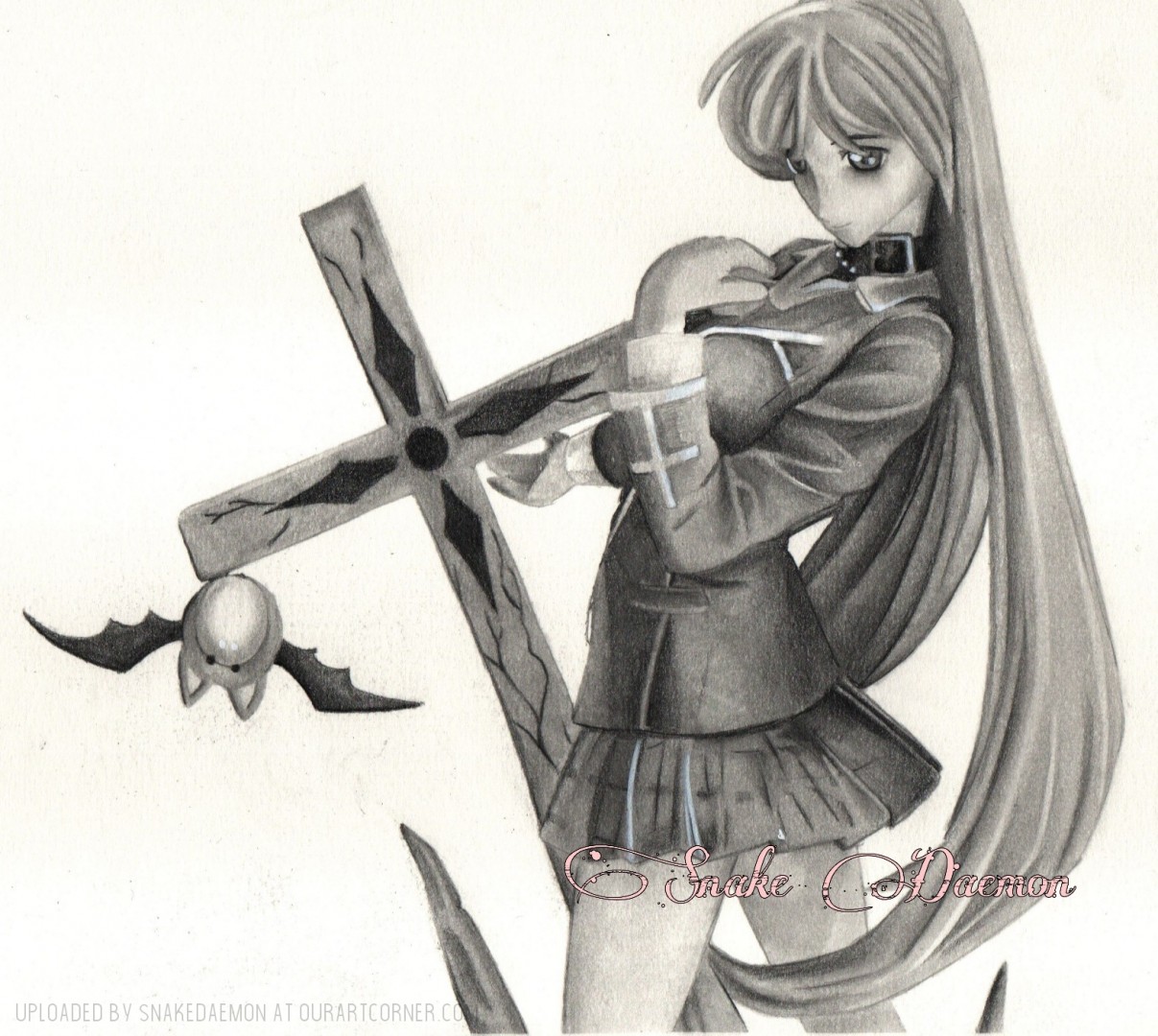 Moka Akashiya (赤夜 萌香, Akashiya Moka) is a fictional title character from the Japanese manga and anime series Rosario + Vampire. She serves as the primary love interest to Tsukune Aono, who is the only human enrolled in a school of monsters. She has a rosary that gives her a split personality; her outer persona is kind and sweet, but her inner persona, which manifests when her rosary is removed, is a cold and serious martial artist who mainly uses powerful kicks. In the Japanese version of the anime, her voice actress is Nana Mizuki, who is also responsible for performing the theme songs for both anime seasons. In the English version, Moka's outer personality is voiced by Alexis Tipton, while her inner personality is voiced by Colleen Clinkenbeard