More artworks made by Ундрах Н. 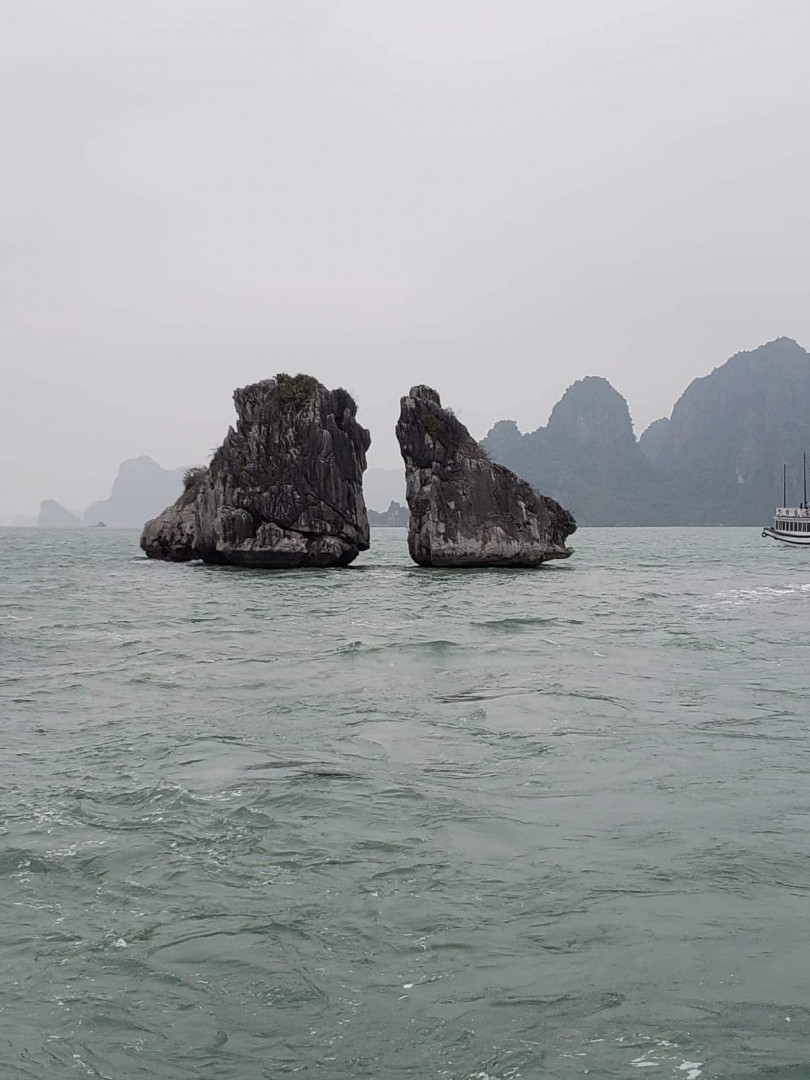 Ha Long Bay is a small bay on the west coast of the Gulf of Tonkin in the Northeastern Sea region of Vietnam, including the island waters of Ha Long city in Quang Ninh province. Being the center of a large area with more or less similar elements in geology, geomorphology, landscape, climate and culture, with Bai Tu Long Bay in the northeast and Cat Ba archipelago in the southwest, Ha Long Bay is limited to an area of ​​about 1,553 km², including 1,969 large and small islands, most of which are limestone islands, in which the core area of ​​​​the bay has an area of ​​​​335 km² with a dense cluster of 775 islands. The tectonic history of the bay's limestone karst has spanned about 500 million years with very different paleo-geographical circumstances; and full karst evolution over 20 million years with a combination of factors such as thick limestone, hot and humid climate, and overall slow tectonic uplift. The combination of environment, climate, geology, geomorphology, has made Ha Long Bay become the convergence of biodiversity including tropical moist evergreen closed forest ecosystem and marine and coastal ecosystems. shoreline with many sub-ecosystems. 17 endemic plant species and about 60 endemic animal species have been discovered among thousands of flora and fauna inhabiting the bay.