More artworks made by Jasmin Mohapatra-X-D-17 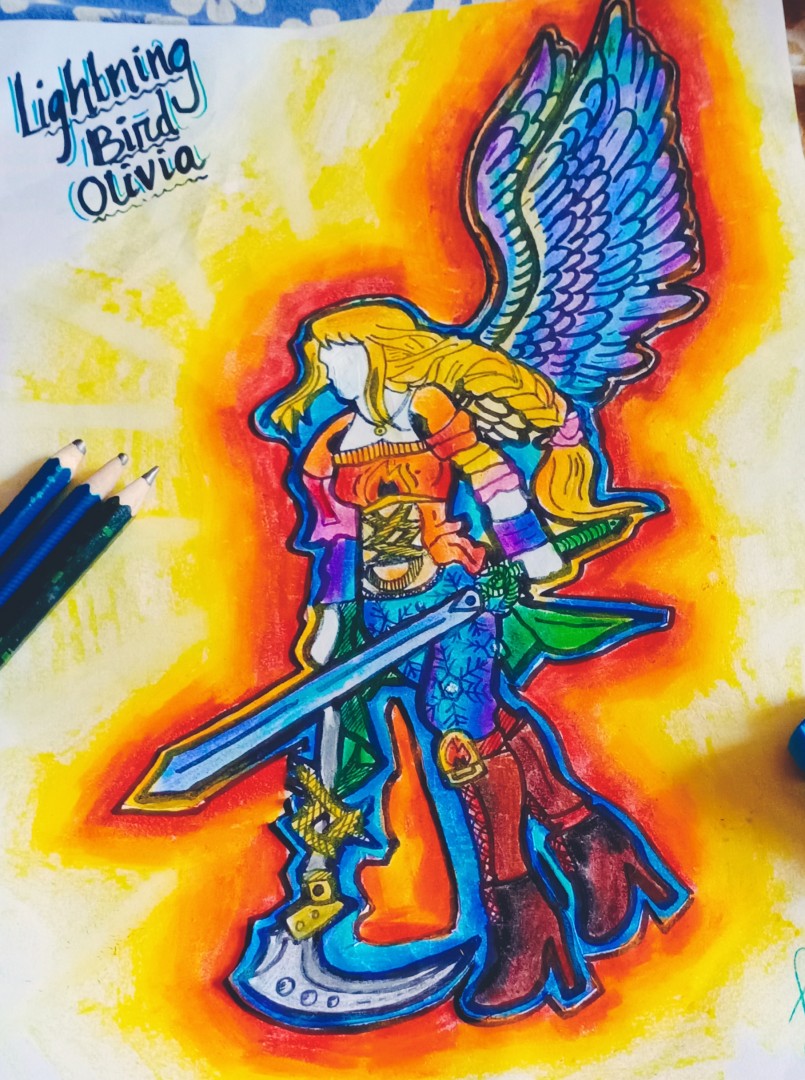 This character depicts courage, bravery and heroism.She has two weapons a sword and a thunder axe for both defence and attack. She has an angel's wings which depicts freedom and peace.She is ready to fight any evil that comes her way.She us the protector of the world. Her name is Olivia which means peace and that is so because along with the readiness to fight , she also has the willingness to make peace with her enemy if they are ready for it .This is my fantasy character because I wanted to depict a woman as a powerful character in the society who along with being peaceful ,warm and lovable is also fierce, strong and confident.She gives out the aura of a royal person.We can also see the symbols of fire and ice on her which shows us that she burns like a fire .Here fire means the ability to nourish and protect along with the ability to harm and kill. But she only harms the people who have wronged the world and are not ready to accept it. And the ice here refers to the coldness. One could say that as a season winter represents the season of death. So as fire being a symbol of rebirth, ice is the death. So she keeps a balance between both fire and ice and hence have been contrasted on her body.We can say that she is a Goddess who has stepped on earth to eradicate the evil from the world. By-: Jasmin Mohapatra