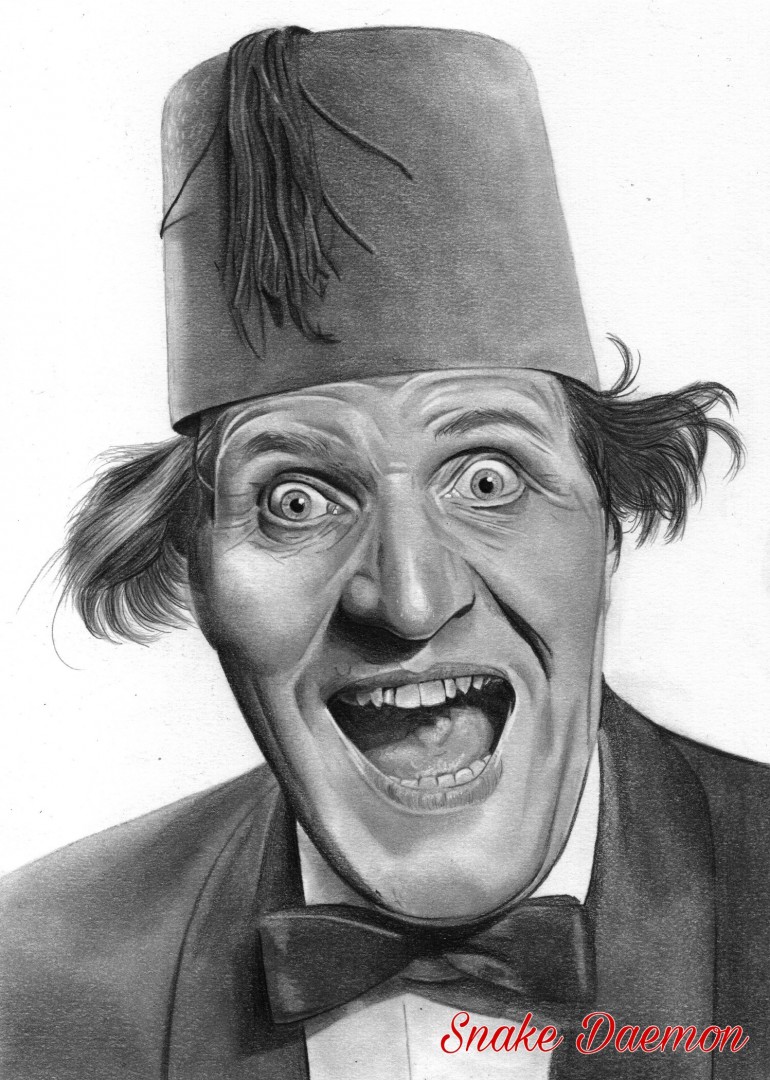 Thomas Frederick Cooper (19 March 1921 – 15 April 1984) was a British prop comedian and magician. As an entertainer, his appearance was large and lumbering at 6 feet 4 inches (1.93 m), and he habitually wore a red fez when performing. He initially served in the British Army for seven years, before eventually developing his conjuring skills and becoming a member of the The Magic Circle. Although he spent time on tour performing his magical act, which specialised on magic tricks that appeared to "fail", he rose to international prominence when his career moved into television, with programmes for London Weekend Television and Thames Television. By the end of the 1970s, Cooper slipped into heavy smoking and drinking, which affected his career and his health, effectively ending offers to front new programmes and relegating him to performing as a guest star on other entertainment shows. Ill health eventually claimed his life when, on 15 April 1984, Cooper died of a heart attack live on television