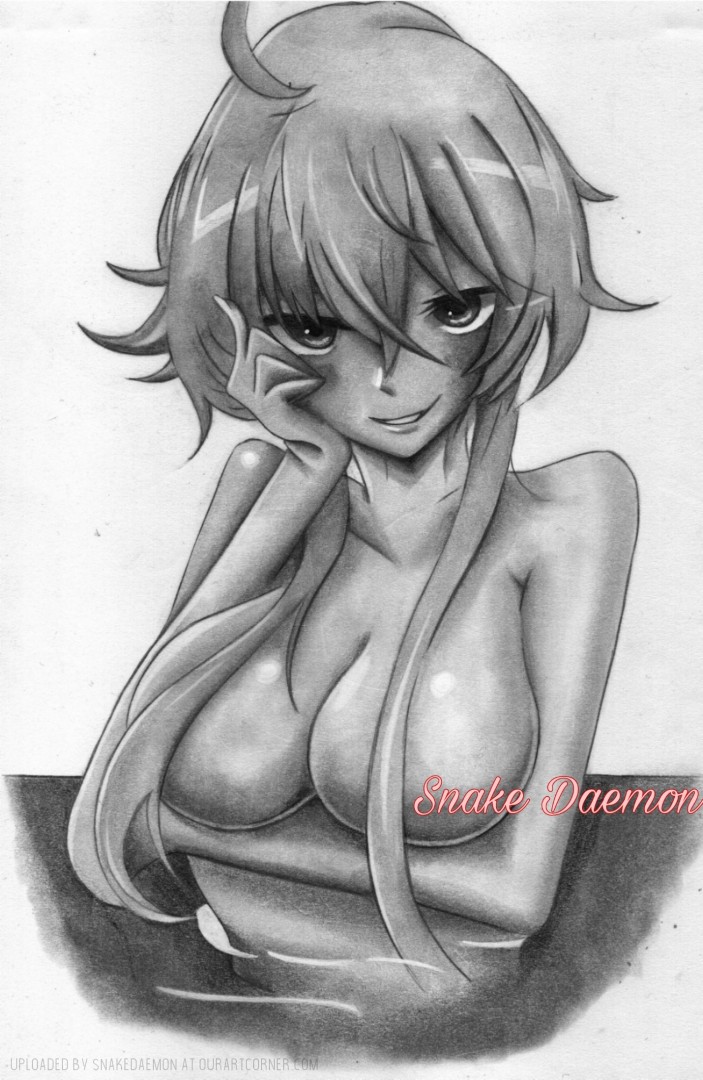 Voiced by: Tomosa Murata (Japanese); Brina Palencia (English) The main female protagonist of the series and the Second Diary user. While a perfect model student on the surface, she is actually a psychopathic yandere who is borderline obsessed with Yukiteru and kills unhesitatingly to protect him. Her Diary is the Yukiteru Diary (雪輝日記, Yukiteru Nikki), a stalker diary that gives her explicit details on whatever Yuki is doing in the present 10 minutes. By working together with his Random Diary, they are able to solve their diaries' weaknesses. Yuno's behaviour stemmed from her parents, who used to love her until they became abusive and demanding for their daughter to become perfect, even locking her up in a cage if she acted disobediently. Their extreme treatment drove her to insanity that she did the same to them, hoping they would understand how she felt and return to being their loving selves again, but inadvertently caused them to starve to death. She disguised their deaths under the guise of them working overseas until Aru manages to find her out. Because Yuki truly cared for her, he became her sole reason to live for. When the two were swept into the Diary game they committed double suicide after killing the rest, but Yuno lied and became the God of Space-Time thinking she could resurrect Yuki with her godly powers. After learning that it was impossible, she went back in time with agony, creating a Second World, and killed her Second World self to replace her. The Second World was where the current story took place. Exposed in the end, Yuno returns to the past again, creating a Third World to relive everything again. Yuki and Minene follow her to change all their terrible futures, including Yuno's to prevent the Diary game from happening. Thinking she is using Yuki, she tries to rid herself of him by sealing him in an illusionary utopia, but he breaks free using his love and force will. Yuno, realising that she loves him, commits suicide to let him win the survival game. Third World Yuno is able to find happiness with her parents, and subsequently receives the memories of First World Yuno from Murumuru. With the help of Third World Deus, she returns to Yuki, who has become the God of Space-Time of the Second World 10,000 years later after the events of the current story. In a 2013 poll by Biglobe, Yuno Gasai was voted to be the most popular Yandere character. She is named after the Roman goddess Juno