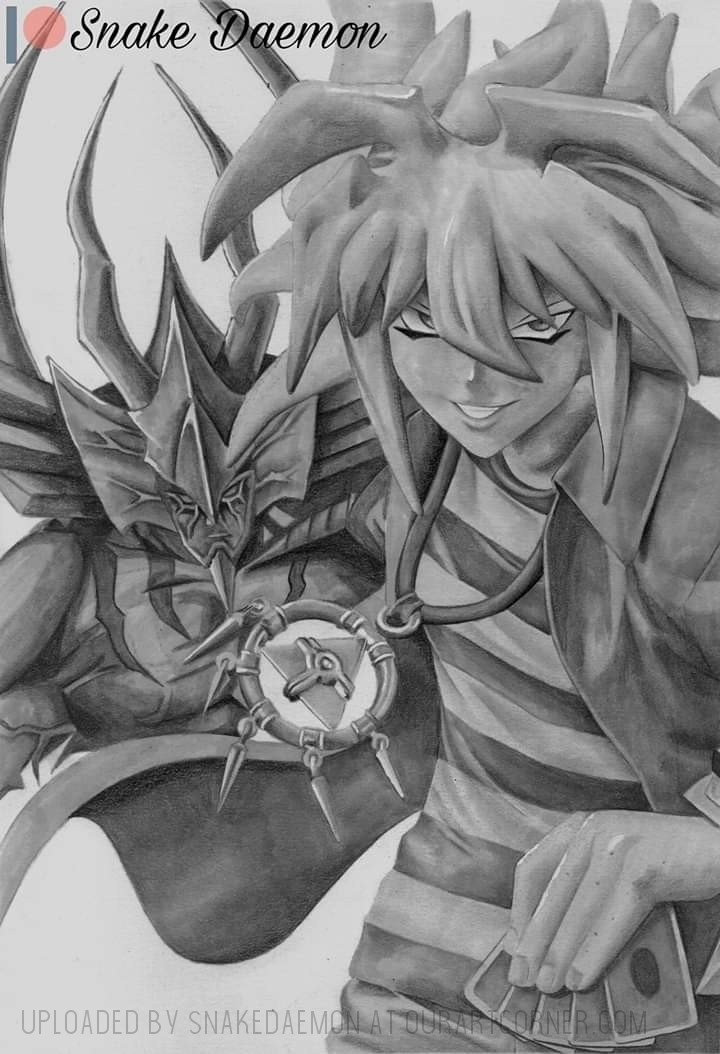 Voiced by: Tsutomu Kashiwakura (1998), Yusuke Numata (game), Yō Inoue (2000-2001), Rica Matsumoto (2001-present) (Japanese); Ted Lewis (English) A transfer student (British in 4Kids' portrayal) who becomes friends with the main group of the story. Like Yugi, he is also interested in games, particularly tabletop role-playing games like Monster World (モンスター・ワールド, Monsutā Wārudo). Bakura, the holder of the Millennium Ring (千年輪, Sennen Ringu), has a dark spirit dwelling inside himself, much like Dark Yugi. Before he is introduced to the story, he was constantly moving schools and isolating himself due to the fact that, every time he played a game with his friends, his friends would end up in a coma. This is revealed to be Dark Bakura inflicting Penalty Games on them, which trapped their souls into RPG miniature figures. Together with Yugi and his friends, they join forces to crush Dark Bakura in a Shadow Game of Monster World. From then on, the normal Bakura joins the main group in many of their conflicts. Despite the danger, Bakura continues to hold onto the Millennium Ring, remaining deeply curious about its history. This, along with his trusting and innocent nature, sometimes brings him into conflict with the others and also allows Dark Bakura to continually possess him without his knowledge. Prior to meeting Yugi and his friends, Bakura's sister, Amane, died in a car accident. (This detail is omitted from the second series.) Bakura misses her very much, and often writes letters to her in heaven. The first animated series also included the character Miho Nosaka, who had a crush on Bakura. In the Yu-Gi-Oh! Duel Monsters anime, his role in the group is greatly reduced compared to the manga, as he is mostly being controlled by Dark Bakura and doesn't accompany Yugi and his friends as much as he did in the manga, and is excluded from filler arcs. In addition, he is introduced in the middle of the Duelist Kingdom story as someone they merely knew from school, as opposed to being a close friend, and his love for tabletop role-playing games has been greatly written out.