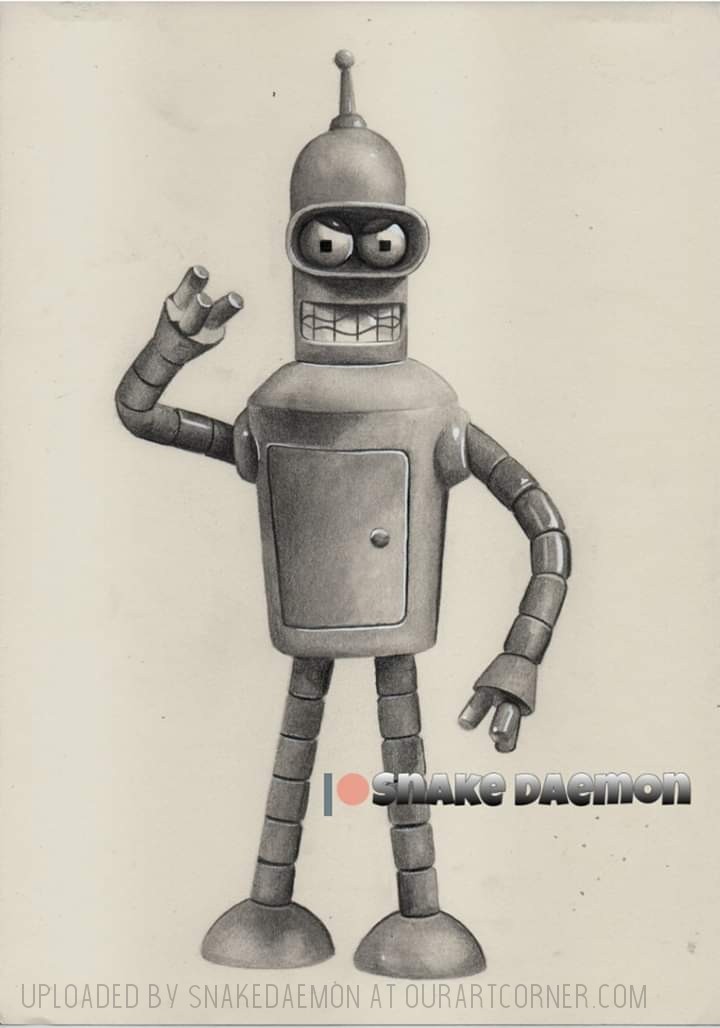 Bender Bending Rodríguez (designated in-universe as Bending Unit 22, unit number 1,729, serial number 2716057) (born 2996) is one of the main characters in the animated television series Futurama. He was conceived by the series' creators Matt Groening and David X. Cohen, and is voiced by John DiMaggio. He fulfills a comic, antihero-type role in Futurama and is described by fellow character Leela as an "alcoholic, whore-mongering, chain-smoking gambler".[2] According to the character's backstory, Bender was purpose built in Tijuana, Mexico (the other characters refer to his "swarthy Latin charm") a reference to bending in Mexican maquiladoras. Viewers are informed, through his own testimony, of Bender's prejudice against non-robots. For example, one of his signature expressions is "kill all humans". Exceptions who are not subject to Bender's prejudicial attitude are those individuals on his "Do Not Kill" list, which seems to comprise only his best friend Philip J. Fry and his colleague Hermes Conrad (added after the episode "Lethal Inspection"). However, Bender is also occasionally portrayed as possessing a sympathetic side, suggesting that he is not as belligerent as he claims, a view often echoed by his friends