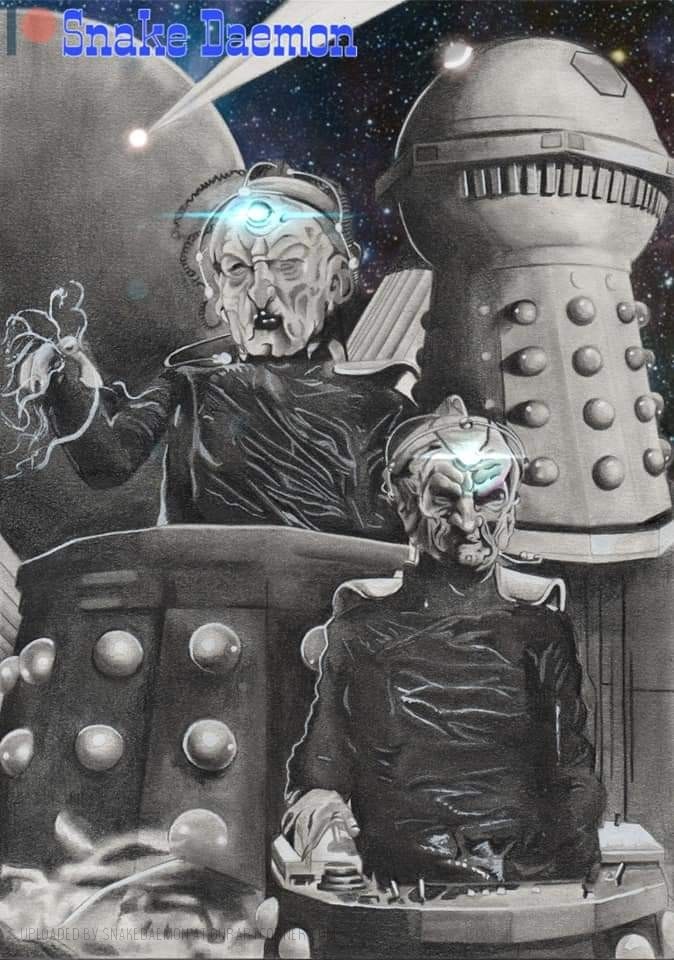 lord and creator of the dalek race - edited

Davros, often referred to by his creations as the Creator, was originally the head of the Kaled Scientific Elite on the planet Skaro, but he became better known as the creator of the Daleks. The results of his attempts to bring the war on Skaro to an end were not as he envisioned, because the Daleks wiped out both the Thal and Kaled races, save for himself. Davros survived the centuries, using whatever medical assistance was available to sustain his life. For a time, he sought to create a race of Daleks loyal to him, which led to the Imperial-Renegade Civil War, where he served as Emperor of the loyal Daleks, and later of the Dalek race as a whole. But his relationship with them was always a tense one. He was frequently hunted, maligned, or otherwise denigrated by one portion or other of the Daleks. Davros had a brilliant scientific mind, and was constantly devising ways to give his creations greatness; often overlooking the fact they saw him as beneath them, and would often keep him imprisoned, either because he was a threat or for his genius. The only time they showed respect for him was when Davros neared death; Davros was kept alive by a machine that siphoned life energy off the Daleks. This let them trick the Doctor into donating regenerative energy, which renewed Davros and the Daleks. Through his creations, many came to consider him responsible for trillions of deaths and innumerable wars across the universe. Despite the fact that he was not unquestionably the ruler of the Daleks, he was one of the Doctor's greatest enemies, rivalling the Master in both intellect and madness. Despite this, both Davros and the Doctor called each other friends on separate occasions. Davros considered the Doctor the closest thing that the scientist had to a familiar, even as they served as foes. The Doctor has described Davros as "an insane, paranoid genius who has survived amongst several billion trigger-happy mini-tanks for centuries." (TV: The Witch's Familiar)