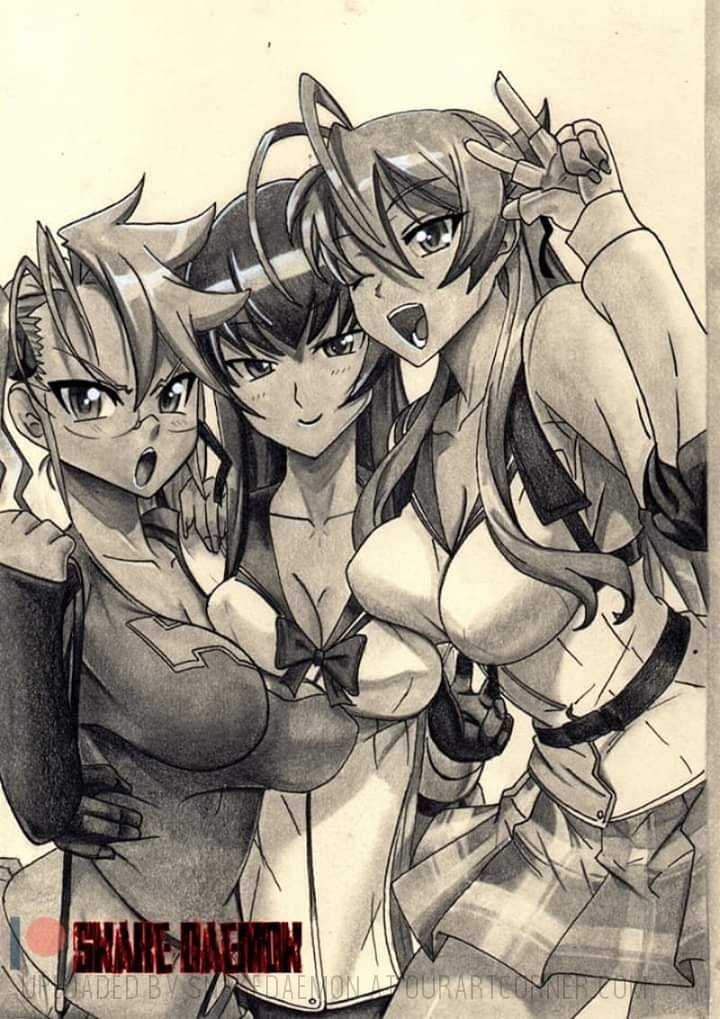 girls of high school of the dead

Highschool of the Dead, known in Japan as Apocalyptic Academy: Highschool of the Dead (Japanese: 学園黙示録 HIGHSCHOOL OF THE DEAD, Hepburn: Gakuen Mokushiroku Haisukūru obu za Deddo), is a Japanese manga series written by Daisuke Satō and illustrated by Shōji Satō. It was serialized in Fujimi Shobo's Monthly Dragon Age between the September 2006 and May 2013 issues, but was left unfinished following Daisuke Satō's death in March 2017. Fujimi Shobo and Kadokawa Shoten published seven tankōbon volumes from March 2007 and April 2011 in Japan. Yen Press published the series in North America. The story follows a group of high school students caught in the middle of a zombie apocalypse. A 12-episode anime adaptation, produced by Madhouse and covering the first four volumes, aired in Japan from July 5 to September 20, 2010. Madhouse also produced an original video animation (OVA) episode in 2011. Sentai Filmworks released an English dub of the anime series and OVA on DVD and Blu-ray in North America.