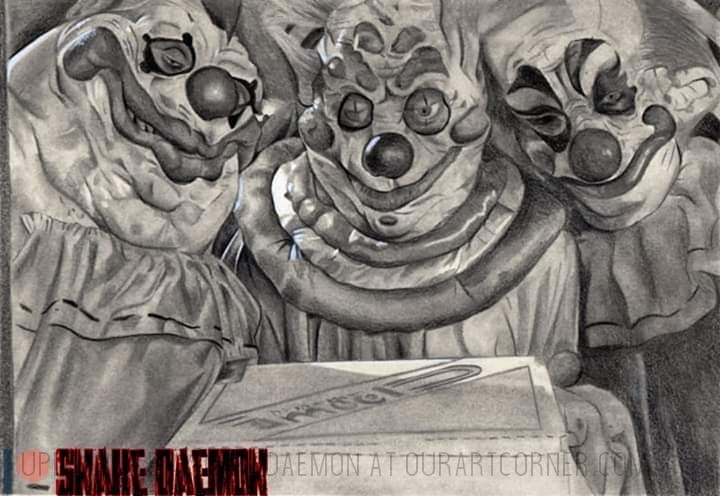 Killer Klowns from Outer Space is a 1988 American science fiction horror comedy film[1] written, directed and produced by the Chiodo Brothers, and starring Grant Cramer, Suzanne Snyder, John Allen Nelson and John Vernon. It is the only film to be written and directed by the Chiodo Brothers. The film is about a clan of evil aliens from an unknown region, who all resemble circus clowns. They arrive on Earth and invade a small town in order to capture, kill, and harvest the human inhabitants to use as sustenance. Killer Klowns from Outer Space was filmed in Watsonville, California and at the Santa Cruz Beach Boardwalk. The film utilizes practical effects, including rubber suits. The score was composed by John Massari. The film received generally positive reviews and has been considered a cult classic. A sequel has been in development hell since the original film's release, with Stephen Chiodo having stated that he hopes to produce a series of films with a total of four installments, or a television series based on the film. The SyFy channel announced on October 22, 2018 that it was in talks to purchase the rights to the film in order to produce a sequel