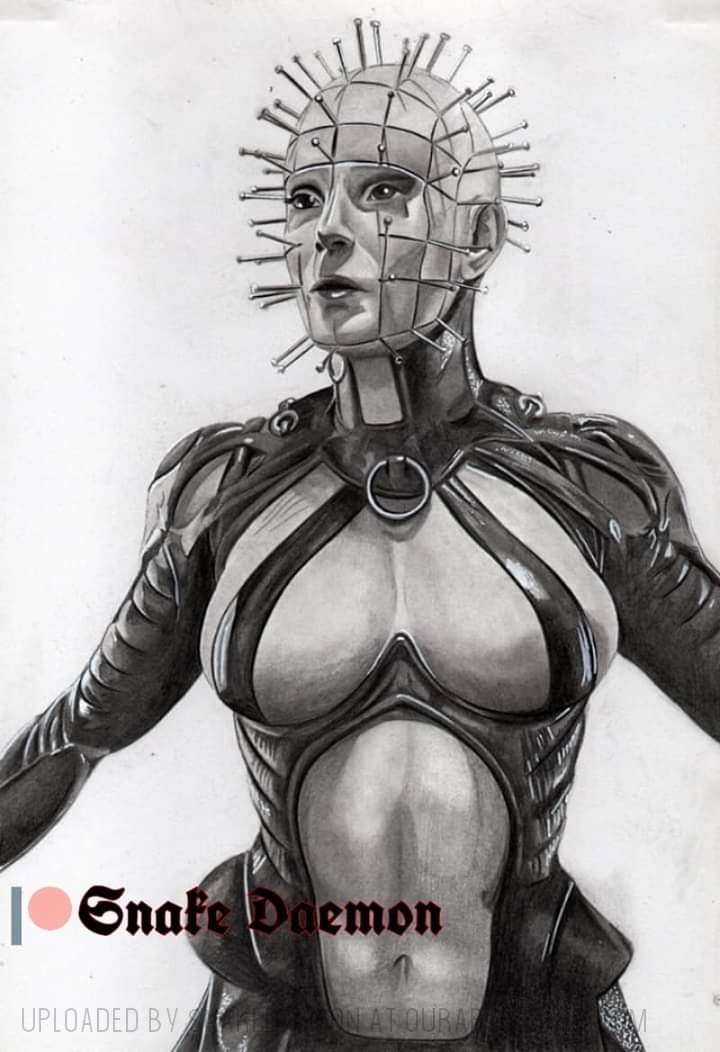 Pinhead is a fictional character and the main antagonist of the Hellraiser franchise, first appearing as an unnamed figure in the Clive Barker novella The Hellbound Heart. The name "Pinhead" is derived from a sobriquet given to him by the crew of the first Hellraiser film; he is first credited as such in Hellbound: Hellraiser II. Nearly thirty years after The Hellbound Heart was published, the character was given the designations the Hell Priest and the Cold Man in the sequels that followed, The Scarlet Gospels and Hellraiser: The Toll. Pinhead is one of the leaders of the Cenobites, formerly humans but transformed into creatures which reside in an extradimensional realm, who travel to Earth through a puzzle box called the Lament Configuration in order to harvest human souls. His origins and the nature of the Cenobites vary depending upon the medium: while the character began as an amoral entity blindly devoted to the practice of experimental sadomasochism, later depictions have portrayed him as explicitly evil and even demonic in origin. The character's appearance in 1987's Hellraiser marked a significant departure from the standard 1980s depiction of horror film villains, who tended to either be completely mute, or provide glib commentary while killing their victims. Rather, Pinhead was depicted as quiet yet articulate and intelligent, drawing influence from classical cinematic depictions of Count Dracula. In the film series he is revealed to once have been an ordinary man by the name of Elliott Spencer.