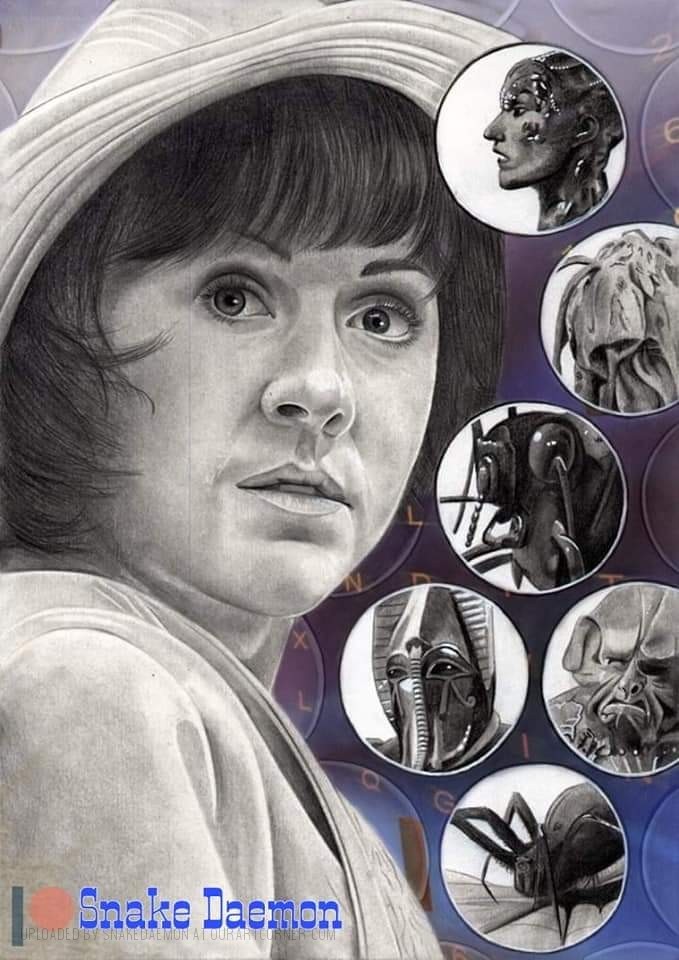 the trials of sarah jane - edited

Sarah Jane Smith, occasionally rendered as Sarah-Jane Smith, was a companion of the Third and Fourth Doctors. She held the honour of being one of the few people the Doctor considered one of his best friends. She reunited with him in his tenth incarnation and had adventures with him and his eleventh incarnation. Sarah met nine of the Doctor's incarnations in total: those already mentioned and the first, second, fifth, seventh, and eighth. With the exception of K9, a robot dog gifted to her by the Doctor, Sarah spent most of her life alone after travelling with him, but maintained previous friendships with UNIT staff; her connections to the Doctor and the Brigadier afforded her enough pull with the group to call them in to mop up messes after a threat was averted. By the 2000s Sarah Jane had risen to become one of the top three journalists in the UK, thanks to her passion for investigation and moral compass allowing her to publish any news that would reveal the evil or selfish nature of others. (TV: The Man Who Never Was) All the while, she hoped that she would run into the Doctor again, believing he may be involved with stopping any alien threats that were beyond her ability to thwart. (TV: School Reunion) In her later life, Sarah continued to repel any alien threats, while assisting more friendly ones. She eventually created a Xylok-based computer named Mr Smith to assist her by providing information. These adventures lead her to take on her very own companions, forming a surrogate family; this group consisted of her adopted children of alien origins Luke and Sky, and her young neighbours, Maria, Clyde and Rani. Each had skills that helped Sarah in her adventures. Despite keeping a low profile during her encounters with aliens, Sarah's efforts to help humanity would eventually be discovered. Along with her companions, a statue would be erected in her honour. (PROSE: The Wedding of Sarah Jane Smith)