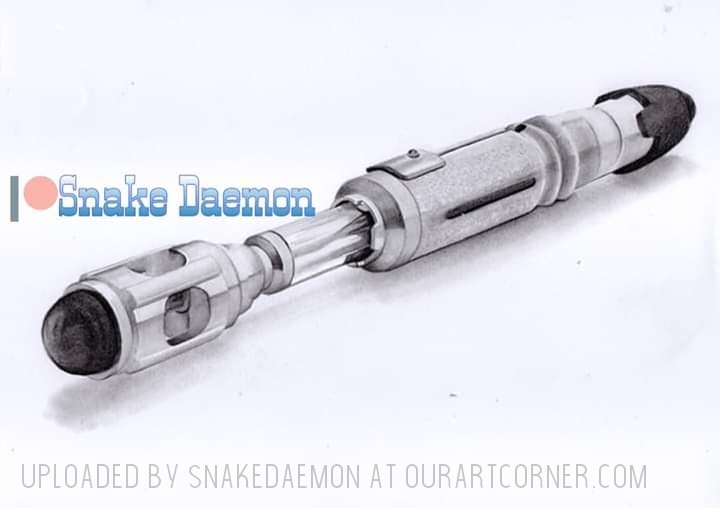 The sonic screwdriver is a multifunctional fictional tool[1] in the British science fiction television programme Doctor Who and its spin-offs, used by the Doctor. Like the TARDIS, it has become one of the icons of the programme, and spin-off media such as The Sarah Jane Adventures and Torchwood have replicated its functions in devices such as the sonic lipstick, sonic blaster, sonic probe, and sonic modulator. The sonic screwdriver was first introduced in 1968 in the story Fury from the Deep, and used twice more (The Dominators and The War Games) during the Second Doctor's tenure. It became a popular tool for the Third Doctor and Fourth Doctor. It was finally written out of the series in 1982 due to the limitations it caused when writing for the show. It then featured briefly in the 1996 Doctor Who television movie, before making a full return in the 2005 continuation of the series. Throughout the programme, there have been many different versions of the sonic screwdriver, as with subsequent Doctors the design of it was changed. It has also been destroyed on a number of occasions, thus leading to the introduction of the next model. Not all iterations of the Doctor have used the sonic screwdriver on screen; the Fifth Doctor in fact opted not to replace his after it was destroyed in "The Visitation". The Twelfth Doctor loses his sonic screwdriver to the creator of the Daleks, Davros, after lending it to him when he was a child. In the last episode of Series 9, the Doctor received a new sonic screwdriver from the TARDIS in place of the temporary sonic glasses. Despite the Doctor's claim not to give his screwdriver to anyone, he gives one to his own doppelgänger in "The Rebel Flesh", and gives his to Rory Williams in "The Girl Who Waited" after having either given or loaned one to him for use in "A Good Man Goes to War" and loaning him one in "The Big Bang". He also gives one to River Song in "The Husbands of River Song" which is then used by the Tenth Doctor to save her life in "Forest of the Dead