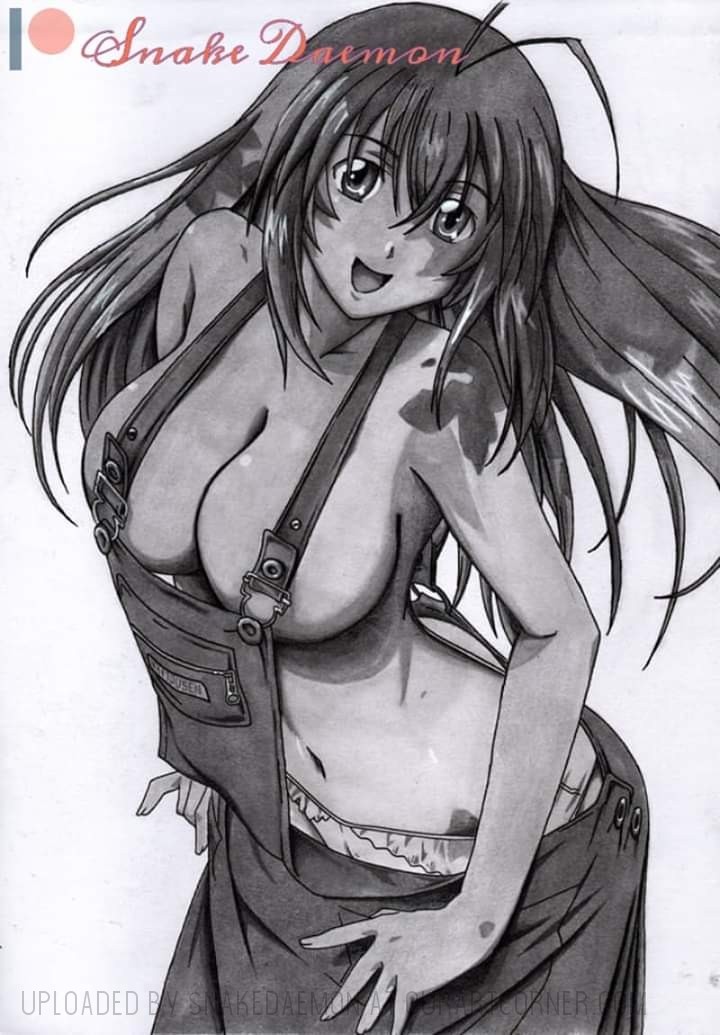 Hakufu Sonsaku (孫策 伯符, Sonsaku Hakufu) Voiced by: Masumi Asano (Japanese); Carrie Savage (Seasons 1, 3-4),[1] Debora Rabbai (Season 2) (English) The protagonist of Ikki Tousen. A second-year transfer student at Nanyo, she is not terribly bright, but is immeasurably powerful despite being only a D-ranked fighter. Because of her busty physique and high skill, she is known by others as the Busty Fighter (爆乳闘士, Bakunyū Tōshi), and is also known by her predecessor's title, the Sho Haou (小霸王, Shō Haō, "Little Conqueror"), due to her fate of conquering all of the rival schools. Hakufu cares little for the politics involved between the fighters, only caring about fighting for the sake of fighting, but is staunchly against unnecessary violence and killing. Lately, however, with trouble brewing all around her, she is beginning to take up the mantle of a leader to protect her friends and family. Hakufu possesses a unique gift for predicting an enemy's moves very accurately by reading the flow of chi around her opponents, which occasionally makes her seem brighter than she is. For instance, she will put an end to a fight simply by stating the next moves of an opponent with frightening accuracy, breaking his will to fight after he realizes the futility of fighting her. She is also very good at "delayed striking", where she makes a feint attack in order to leave an invisible "chi bomb" which detonates moments later while the enemy's guard is down. She is skilled at "inner striking," which is another chi attack where she sends her chi into a person, causing damage to manifest at unusual places. She also inherited Master Chosho's knowledge of chi magic, and, while currently unaware of this, is able to use it partially by instinct. Chosho passed it to her spiritually while Hakufu was unconscious; this is how she healed Koukin after she stabbed him; she slept with Koukin and extracted the evil chi from his body into her own (an uncommon method). She still has the evil chi contained inside her, and it appears on her body as a skull-like mark and is slowly creeping up to her heart. Hakufu harbors a powerful dragon as one of the Three Great Rulers (the founders of the Three Kingdoms, along with Sousou and Ryubi). Before joining Nanyo, Hakufu lived with her mother, Goei, outside of Kanto where she, like the samurai, practiced things like flower arrangement and the tea ceremony while training heavily in martial arts. Goei was hoping to spare Hakufu her fate, but after Hakufu pummeled a traveling fighter looking for easy prey, they moved in with Koukin. She is very girlish and happy-go-lucky but is capable of wisdom despite having very bad luck. For instance, in one scene where she is just about to deliver a finishing blow to Kannei, her panties get caught on a branch, tripping her over. Nanyo has officially declared Hakufu to be their ruler. She learned the Water Dragon Fist attack from Choukou with the help of Rikuson and Saji, but has apparently killed Saji who was under the guise of Ouin. After Saji's death, she has become more "leader-like", though her airheaded nature still shows. Hakufu's anime incarnation portrays her as a low ranked and low skilled fighter, and has demonstrated none of her unique fighting gifts or chi powers and is arguably more stupid. In addition to her stupidity, she is more prone to doing dumber things, and either does not mind or is unaware of people harassing or hitting on her. She relies heavily on her dragon or her personal skill alone, and even when possessed by her dragon, she is easily stopped by the other main characters she fights before any damage can be dealt, as opposed to her manga counterpart which is extremely difficult to stop and required the aid of artifacts. She also does not inherit Master Chosho's chi magic (who does not exist in the anime); instead, she undergoes training with Ukitsu's master Chokou. She is possessed by Totaku at the end of the first season but is saved by her dragon who devours him. In Ikki Tousen: Dragon Destiny, her role is reduced to a minor character, but became a major player in the Battle of Red Cliffs. She was not portrayed to be as idiotic as the first season, and is actually more of a ditzy character than an idiot. Upset at being the cause for much of the violence in Kanto, she traveled to Kyosho to challenge Sousou to a duel in order to end the conflict. She had to take on Kanu instead, who took Sousou's place,and during the fight, Hakufu became possessed by her dragon. Sousou appeared while in full control of his own dragon and dealt a powerful blow that sent Hakufu flying out of the area, leaving all three schools to think she was killed. Her unconscious body was discovered in a lake by Hakugen, who brings her to Chokou. He performed a revival on Hakufu's body but was only able to wake her dragon. Ukitsu gave her life in order to revive Hakufu's soul. Hakufu thus recovered and gained complete control of her dragon. She returned at the Battle of Chibi to fight Sousou, where she and Ryuubi teamed up and defeated Sousou. At the end of the series, Hakufu and Ryomou now work at a cosplay cafe, dressed as cat maids, and hopes to use the money to go on a "battle tour" around the world. She returns as a main character in Great Guardians, and is able to resist Genpou Saji's (the "real" Saji) genjutsu.