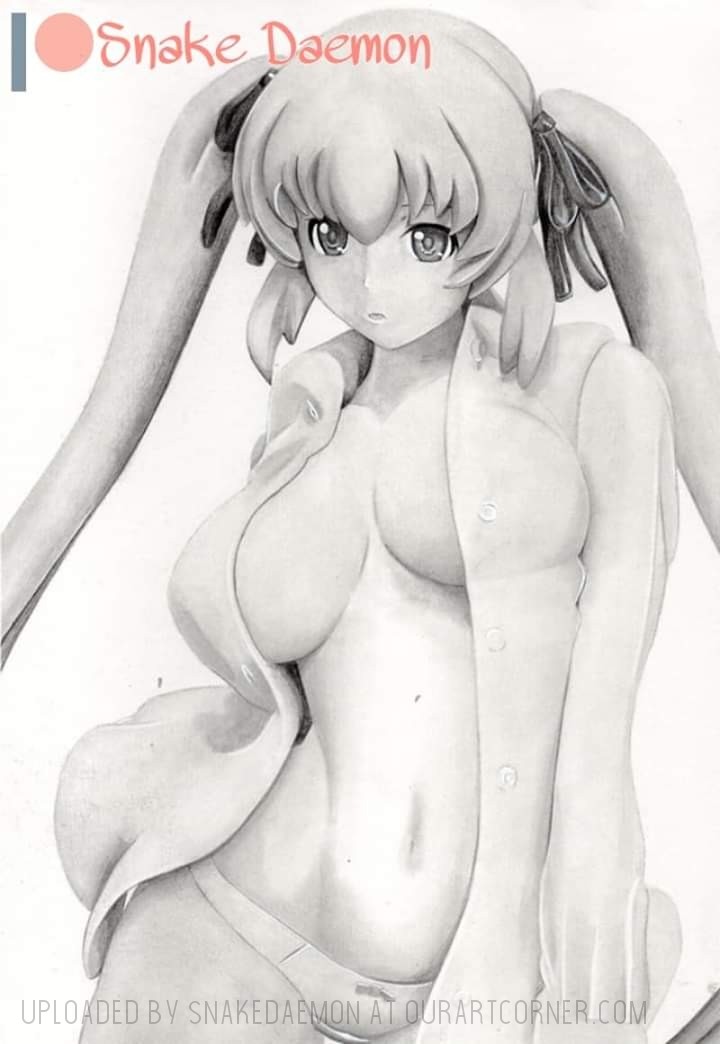 Miu Osawa (鳳沢 美兎, Osawa Miu) Voiced by: Yōko Hikasa (Japanese); Felecia Angelle (English) Miu is the female protagonist, and the Dark Lord's daughter, whom Akatsuki brought back to the real world to fulfill her father's last wish that he take care of her. Miu is portrayed as a sweet and innocent 16 year old girl with green eyes and pink hair that is usually kept in twin tails. She is a busty young girl of average height; a running gag being her difficulties in finding clothes large enough to fit her chest. She poses as Akatsuki's long lost little sister to conceal her identity and relies on him for guidance. Miu is initially conflicted about Akatsuki. She knows that she should resent him for killing her father, but she is also grateful to him for saving her from her enemies in Alayzard and looking after her in the real world. She gradually comes to accept that Akatsuki had his role to play (as the Rogue Hero) just as her father was the Hero's enemy and she falls in love with him. Miu has a high level of magical skills, being able to generate Shield Magic without any effort and also use multiple magic spells - from different elements, no less - at one time, and in rapid succession. She seems to favor using Air-type Magic, as most of her magical circles appear green in color. Miu's AD weapon takes the form of a staff with an elaborate head, called Holy Tin. So far she has only been shown using it as a blocking weapon. It is assumed this staff can enhance Miu's magic as well.