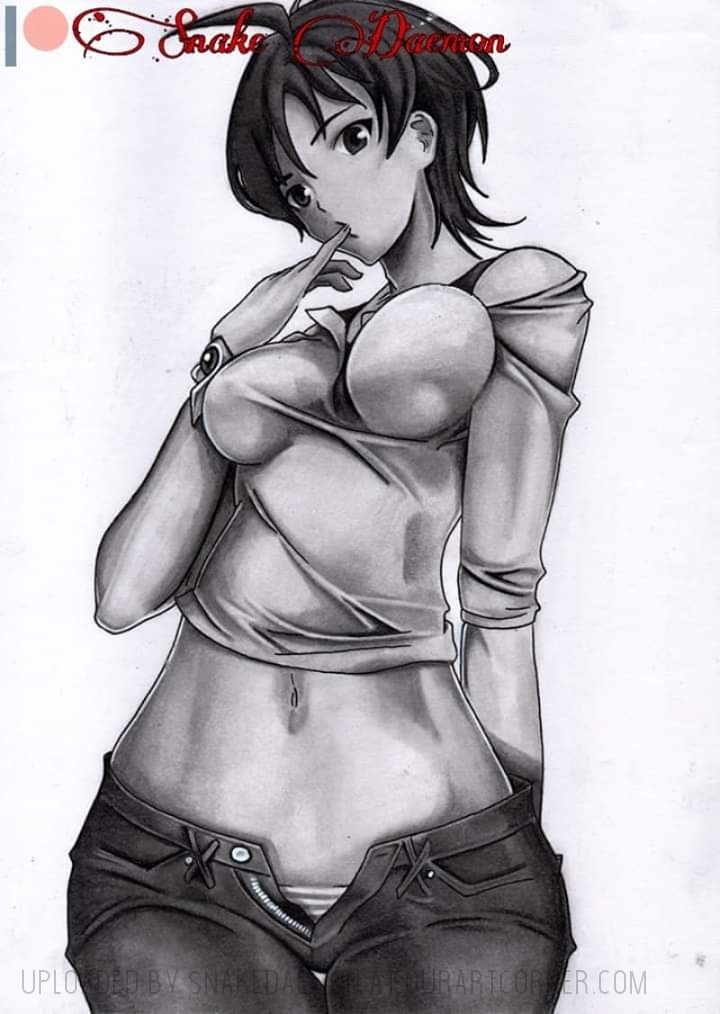 Masane Amaha (天羽 雅音, Amaha Masane) Voiced by: Mamiko Noto (Japanese); Jamie Marchi (English) Masane is protagonist of the series and the bearer of the Witchblade. She became the Witchblade's bearer six years before the beginning of the series during an event that destroyed most of Tokyo, leaving her with amnesia and holding a baby girl. Masane is also an unemployed single mother, and is at odds with the NSWF's Child Welfare Division over issues concerning the custody of her adoptive daughter, Rihoko. When the Witchblade activates, she gains a revealing black armor with a katana blade extending from her arm and her hair can extend to lash or pierce her enemies. She also gains enhanced strength, speed, and endurance. She also gains a type of telepathic link to Rihoko, being able to sense when she is in danger. After unlocking new power in the Witchblade, her armor becomes red and she has a blade on both arms. When fighting, she is possessed by an almost uncontrollable desire for destruction, deriving an erotic like pleasure from battle. Prior to the Great Quake, her name was Yasuka Ōhara (大原 寧夏, Ōhara Yasuka), the name Masane Amaha being from the maternity diary of Reina Soho that was found with her following the Great Quake.