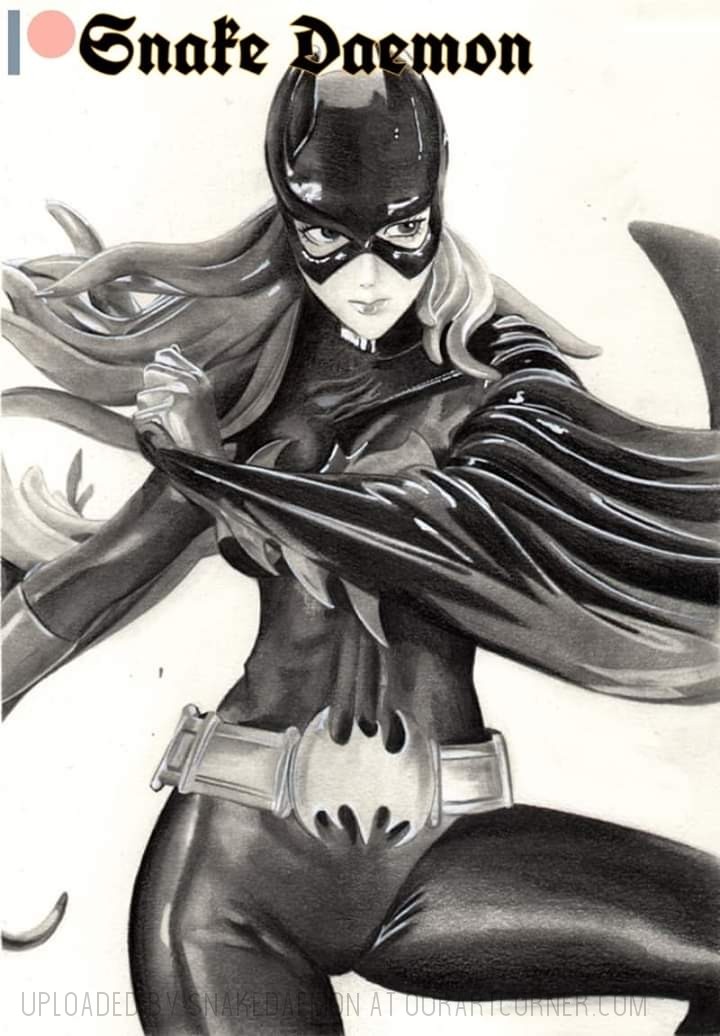 Batgirl is the name of several fictional superheroines appearing in American comic books published by DC Comics, depicted as female counterparts to the superhero Batman. Although the character Betty Kane was introduced into publication in 1961 by Bill Finger and Sheldon Moldoff as Bat-Girl, she was replaced by Barbara Gordon in 1967, who later came to be identified as the iconic Batgirl. The character debuted in Detective Comics #359 (January 1967) by writer Gardner Fox and artist Carmine Infantino, introduced as the daughter of police commissioner James Gordon. Batgirl operates in Gotham City, allying herself with Batman and the original Robin, Dick Grayson, along with other masked vigilantes. The character appeared regularly in Detective Comics, Batman Family, and several other books produced by DC until 1988. That year, Barbara Gordon appeared in Barbara Kesel's Batgirl Special #1, in which she retires from crime-fighting. She subsequently appeared in Alan Moore's graphic novel Batman: The Killing Joke where, in her civilian identity, she is shot by the Joker and left paraplegic. Although she is reimagined as the computer expert and information broker Oracle by editor Kim Yale and writer John Ostrander the following year, her paralysis sparked debate about the portrayal of women in comics, particularly violence depicted toward female characters. In the 1999 storyline "No Man's Land", the character Helena Bertinelli, known as Huntress, briefly assumes the role of Batgirl until she is stripped of the identity by Batman for violating his stringent codes. Within the same storyline, the character Cassandra Cain is introduced. Cain is written as the daughter of assassins David Cain and Lady Shiva and takes the mantle of Batgirl under the guidance of Batman and Oracle. In 2000, she became the first Batgirl to star in an eponymous monthly comic book series, in addition to becoming one of the most prominent characters of Asian descent to appear in American comics. The series was canceled in 2006, at which point during the company-wide storyline "One Year Later", she is established as a villain and head of the League of Assassins. After receiving harsh feedback from readership, she is later restored to her original conception. However, the character Stephanie Brown, originally known as Spoiler and later Robin, succeeds her as Batgirl after Cassandra Cain abandons the role. Stephanie Brown became the featured character of the Batgirl series from 2009 to 2011. DC subsequently relaunched all their monthly publications during The New 52 relaunch. In the revised continuity, Barbara Gordon recovers from her paralysis following a surgical procedure and stars in the relaunched Batgirl series as the titular character. These changes were retained as part of the 2016 DC Rebirth event. As Batgirl, Barbara Gordon has been adapted into various media relating to the Batman franchise, including television, film, animation, video games, and other merchandise. The character's popularity from adaptations factored into the decision to have her return to the comics, and Dan DiDio, co-publisher of DC Comics, expressed that she is the best-known version of the character