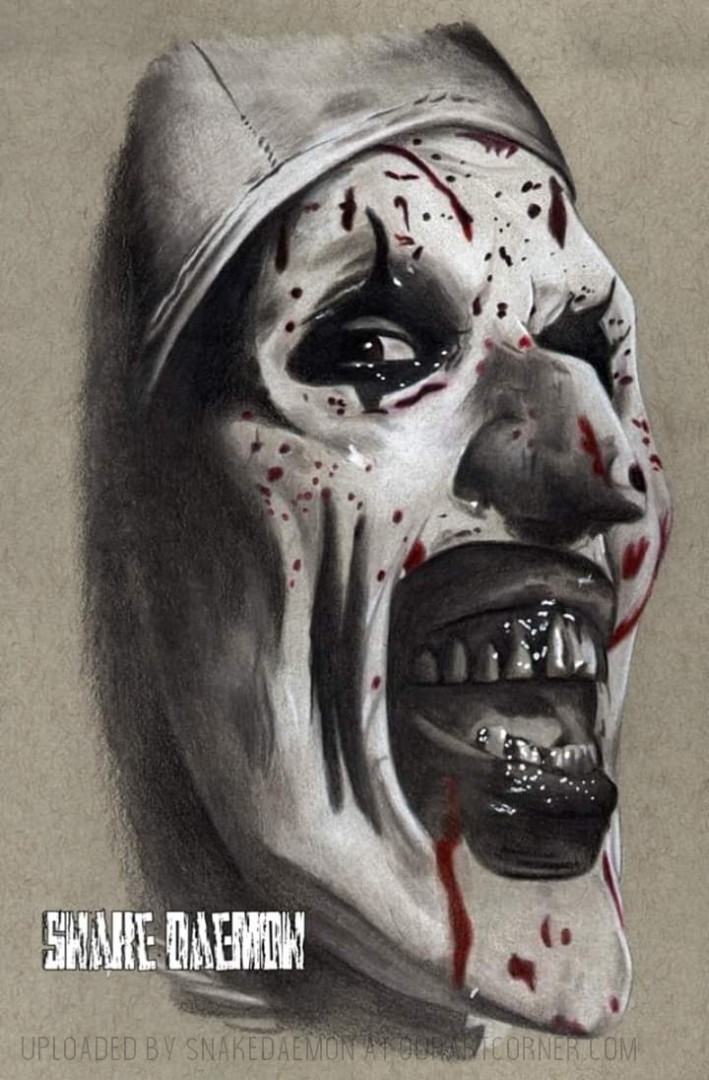 Art the Clown is a fictional character and the main antagonist of the Terrifier franchise created by Damien Leone. He originates from Leone's short films The 9th Circle and Terrifier, both leading up to his appearance in the anthology horror film All Hallows' Eve (2013). He was portrayed by Mike Giannelli in his earlier incarnations. He later appeared in the feature length slasher film adaptions Terrifier (2016) and Terrifier 2 (2020) in which he was portrayed by David Howard Thornton. His short films and anthology segments depict him as a demented and merciless supernatural serial killer whose only apparent motive is to entertain and enjoy himself by inflicting torture and death upon others. His first feature length appearance follows him as he engages in a cat and mouse chase with a young woman named Tara (Jenna Kanell) before targeting her sister Victoria (Samantha Scaffidi). Terrifier 2 will focus on his resurrection and his pursuit of a teenage girl and her younger brother. While all of the films featuring the character have garnered generally mixed reviews, Thornton's portrayal has been met with critical acclaim. Art and Victoria are the only characters to appear in more than one installment in the Terrifier franchise and related films.