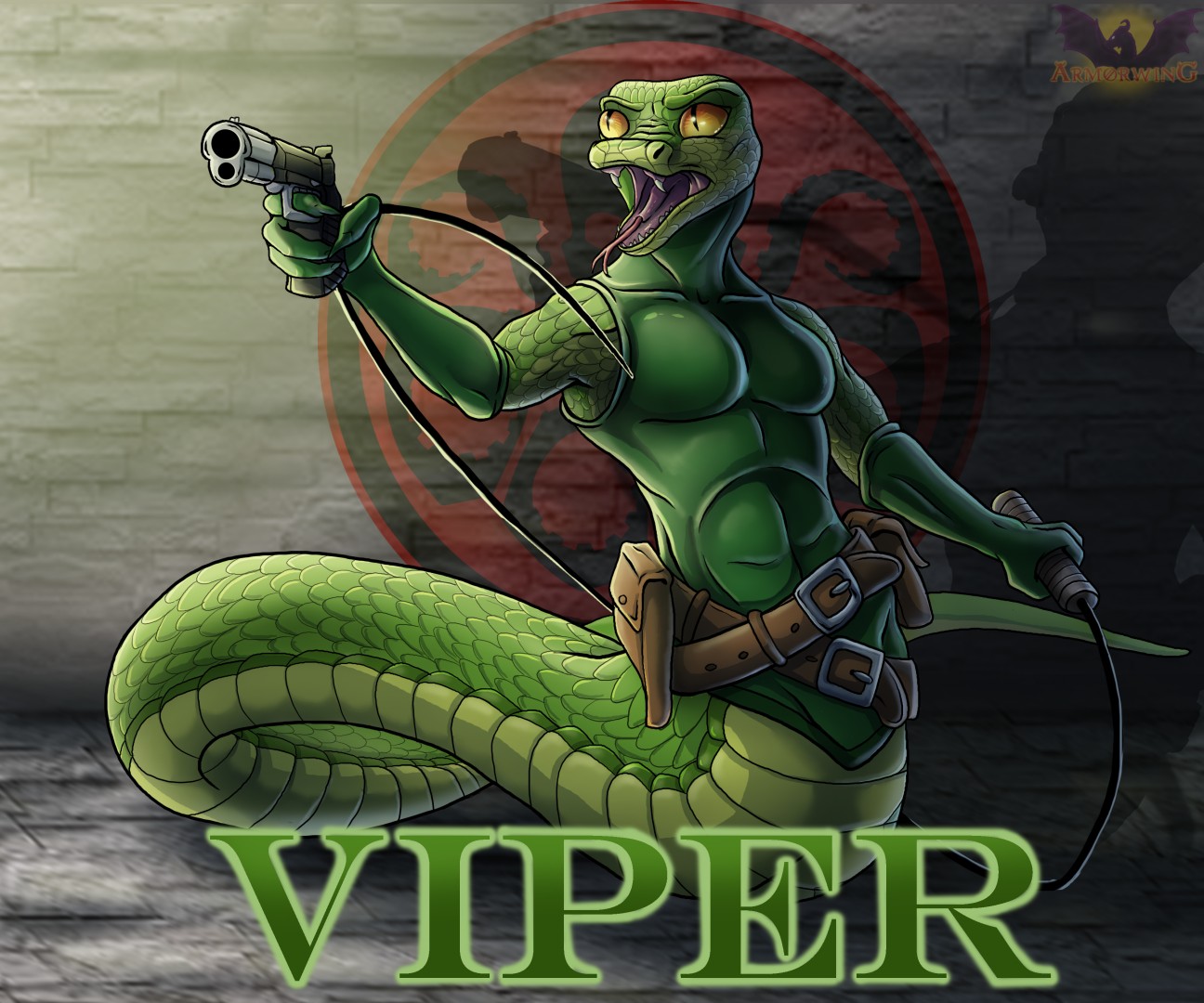 The next character chosen by random was Viper, aka Madame Hydra! You may know her as the secondary villain in The Wolverine! Anyway, we've got our first snake character in the bunch. It was pretty fun working with a real flowing pose, though it is a shame that reptiles look strange with hair. I had to leave out her signature black locks to avoid a goofy wig look. Some good scale practice is also a plus. And yes, I still need to work on hands holding weapons and stuff. Though her real name is unknown, Viper was orphaned at a young age due to a political revolution in her country. She turned to crime as a means of survival. She eventually came into a pact with an Elder God that slowed her aging process, allowing her plenty of time to hone her mercenary skills. She later joined with the Hydra organization, quickly rising through the ranks. When the Supreme leader was believed dead, she seized control of an entire faction. She's battled many heroes over the years, appearing to perish in most of them. Of course, she never did, and would resurface again to to create her own terrorist groups. She's occasionally associated with the Serpent Society, a group of specifically snake-inspired criminals.