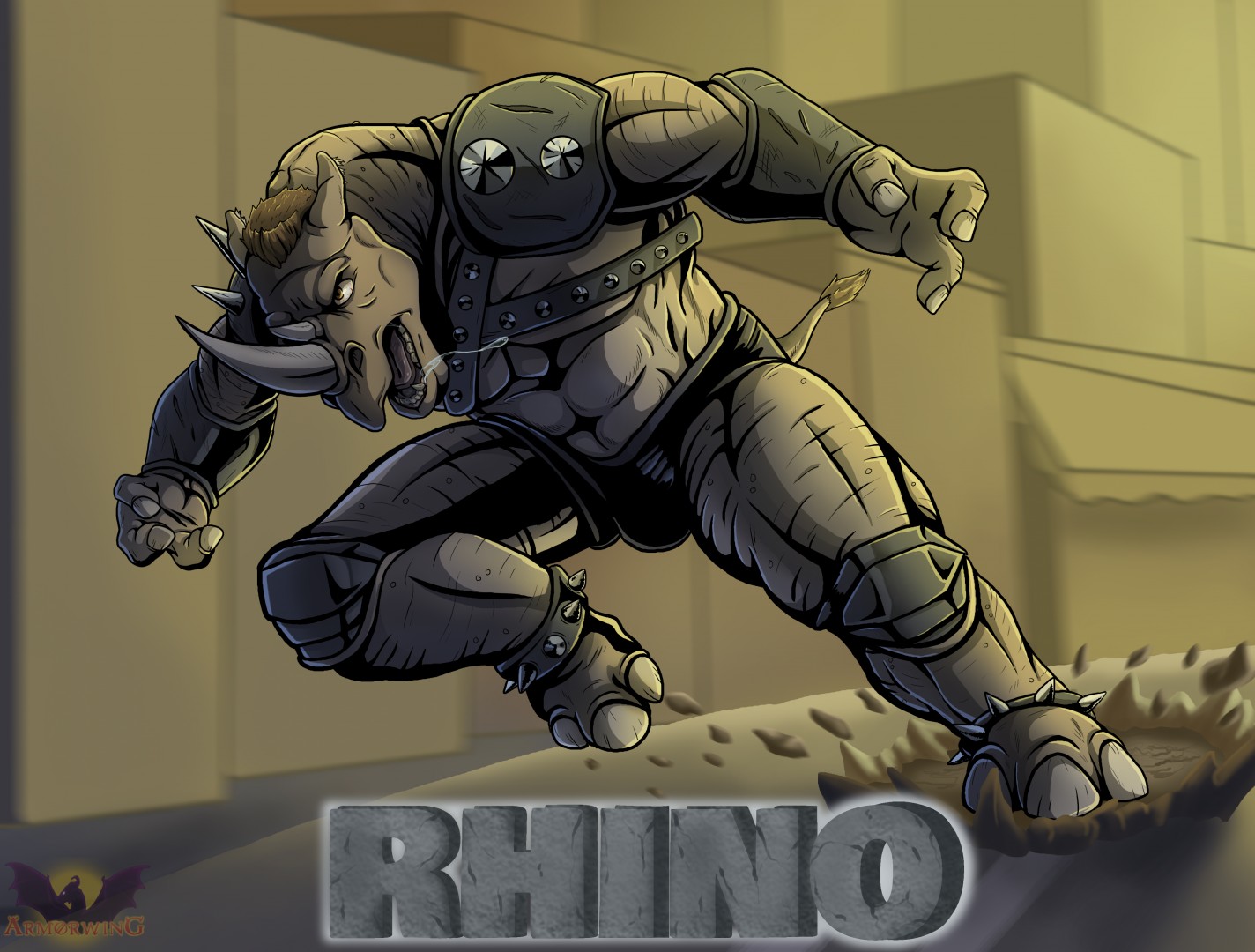 No, it's not Rocksteady from TMNT. Starting now, I've put the names of characters in a randomizer to determine which one I'll do next. This will hopefully keep the types of animals I do mixed up, because apparently there's a lot of cat people in comics. Who knew? Anyway, I got Rhino here! Since rhinos have thick armored skin already, I didn't want him to encumbered by too much clothing. So I took some accent piece from one costume I found and placed them on his joints with a few spiked accessories (and some kind of spandex, cause we cover genitals in my anthro world!). As for his backstory, Aleksei was an average rhino looking to make money for his family. This lead him to join the Russian Mafia as just another thug. He was later approached to be the subject for a series of experimental (and unknowingly life-threatening) modifications to create physically enhanced agents. Not being the brightest, Aleksei agreed. He ended up becoming twice as large as the average rhino, with a hide thick enough to become bullet proof. Buy this better physique took even more from his mental capacity. He now resembles a more prehistoric creature. With his lower intelligence, he's become a loyal tool to just about anyone who pays him.