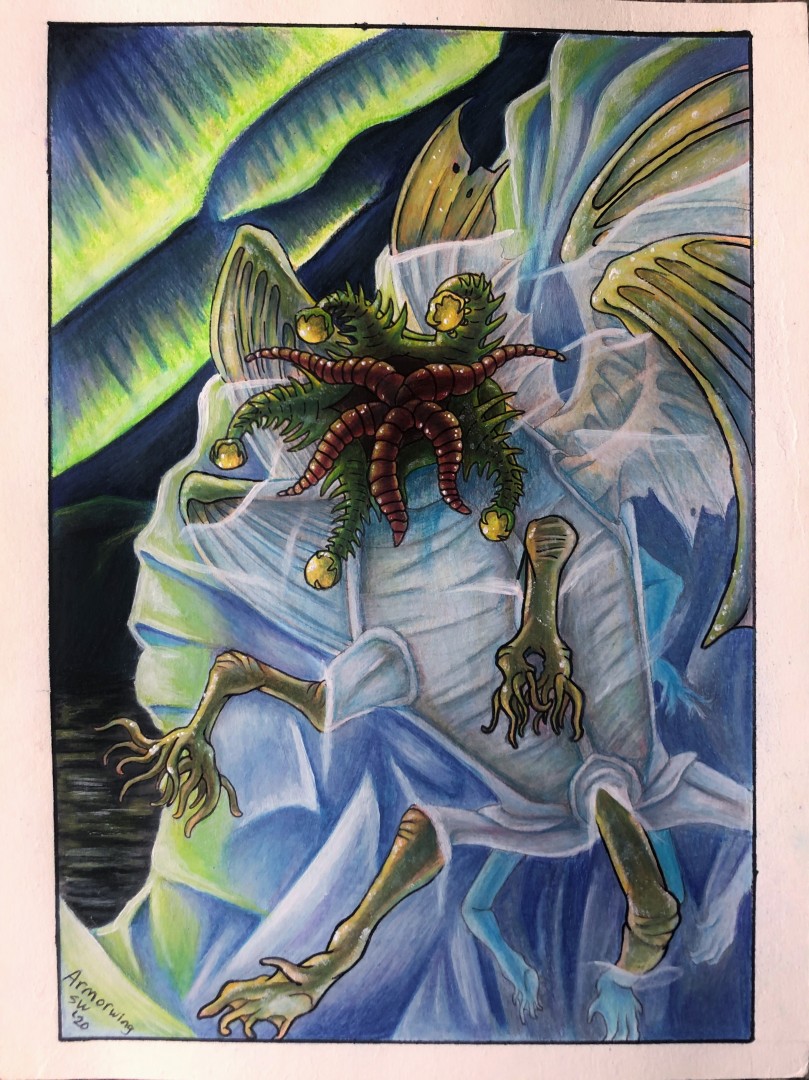 E is for Elder Thing

In an effort to put more of my love of horror and monsters in my art, I'm making an alphabetical bestiary of movie monsters. I'm also experimenting with some mediums I don't normally use. Should be a fun series! I'm cheating a little with this, but also not really. The Elder Thing is a lesser extraterrestrial from the works of H.P. Lovecraft, first appearing in "At the Mountains of Madness". While it has been featured in minor works like video games and some TV, Elder Things are rarely even mentioned in film, even in the few adaptations of Lovecraft's work. But I specifically chose the Elder Thing cause I'm salty that Guillermo Del Toro probably won't get to adapt "At the Mountains of Madness". I realize that Lovecraft's work is notoriously difficult to translate in film (and Hollywood won't take risks these days), but I know Del Toro could do a great job. So this is more like "the movie monster that could have been". Made with watercolor, colored pencils, ink and acrylic paint