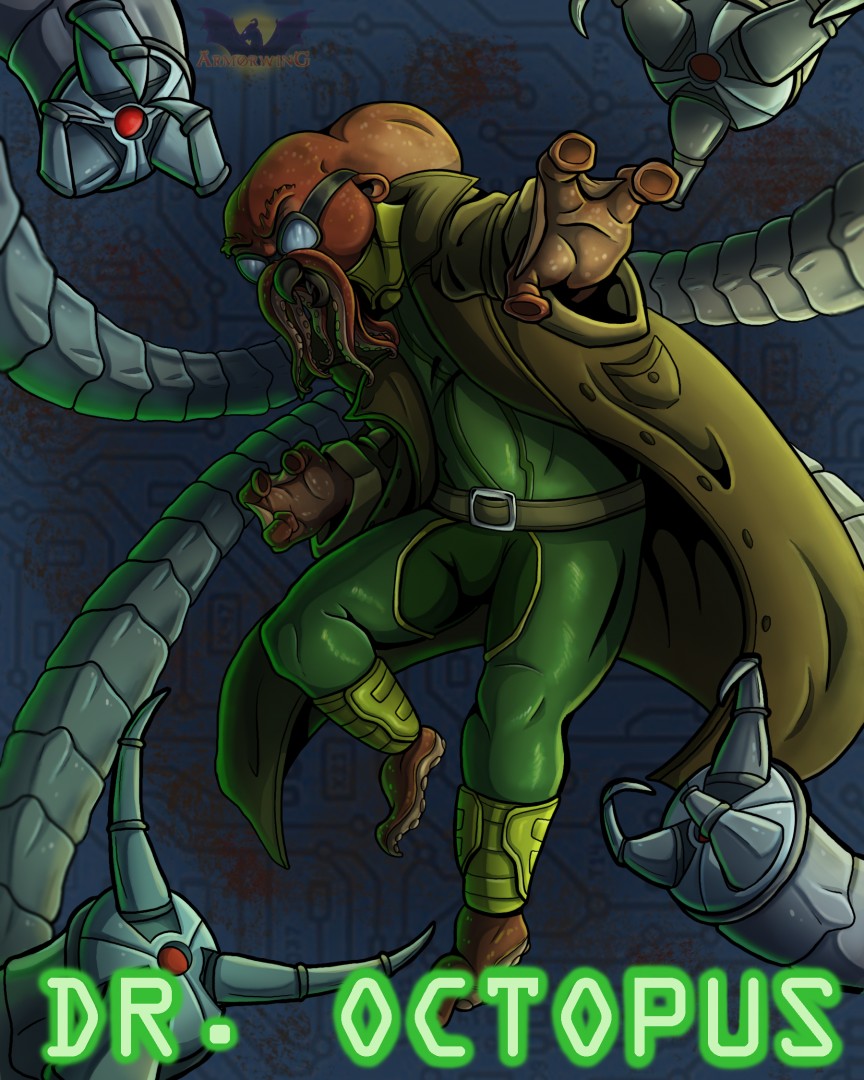 Time to get to the non-conventional anthro animals! My reasoning for this design is, while I'd make anthro octopi have four arms and four legs normally, Otto here was born missing half his limbs. This was a major part of his insecurity growing up. One of his dreams was learn enough about robotics that could give himself his missing limbs back. Eventually after years of research and loans, his dream was completed; the limbs operated even better than regular limbs thanks to the advanced neurological components that made their reflexes and dexterity unmatched. But as comics do, there was a malfunction that lead to the deterioration of his mind. The kind person that dreamed of helping the world now cared only for strengthening himself. Anyone who stood in his way wouldn't be there for long.