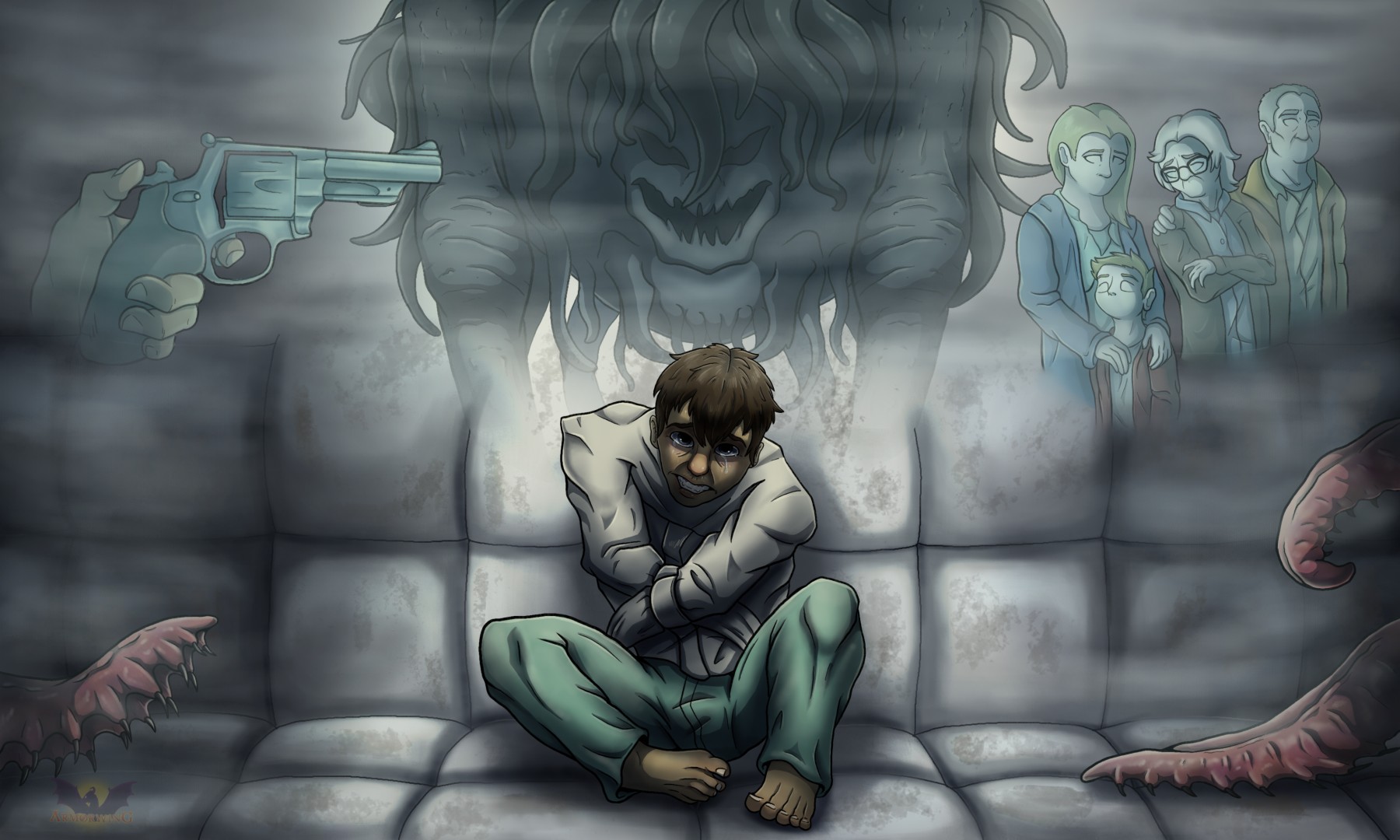 After the Horror: Haunted by the Mist

My entry for Jazza's "After the Horror" art competition. I'm so happy to have a contest from him that I felt inspired by. For those who don't know, the contest requires you to draw the aftermath of a horror movie. Whether things improved, worsened, or became mundane, anything goes. Now I'll explain my piece. SPOILERS FOR THE FILM "THE MIST". "The Mist was dispersed and the monsters driven out. The small town was definitely scarred, but began to rebuild itself and return to normalcy. But David could never be normal again. Not after what he did. It was beyond unfair that help was mere minutes away before he mercy-killed his friends and child. How could he have known? They were scared and desperate. He couldn't bear the thought of watching them be devoured by those creatures. But he did it. It hurt so much back then. But the grief was unimaginable when he saw that tank emerge from the Mist. He just couldn't go on knowing that he lost everything for nothing. He tried to take his life soon after, unable to bear this existence. Unfortunately, he was unsuccessful. It left him physically and mentally crippled. He was institutionalized for his own safety. No amount of restraints or medications seem to calm him. Not when he still sees the monsters.....and the family he needlessly killed. The Mist is gone, but for David, it never left. The nightmare is far from over now." Watch the Speedpaint: https://www.youtube.com/watch?v=8tBz_ga_9nk&feature=youtu.be