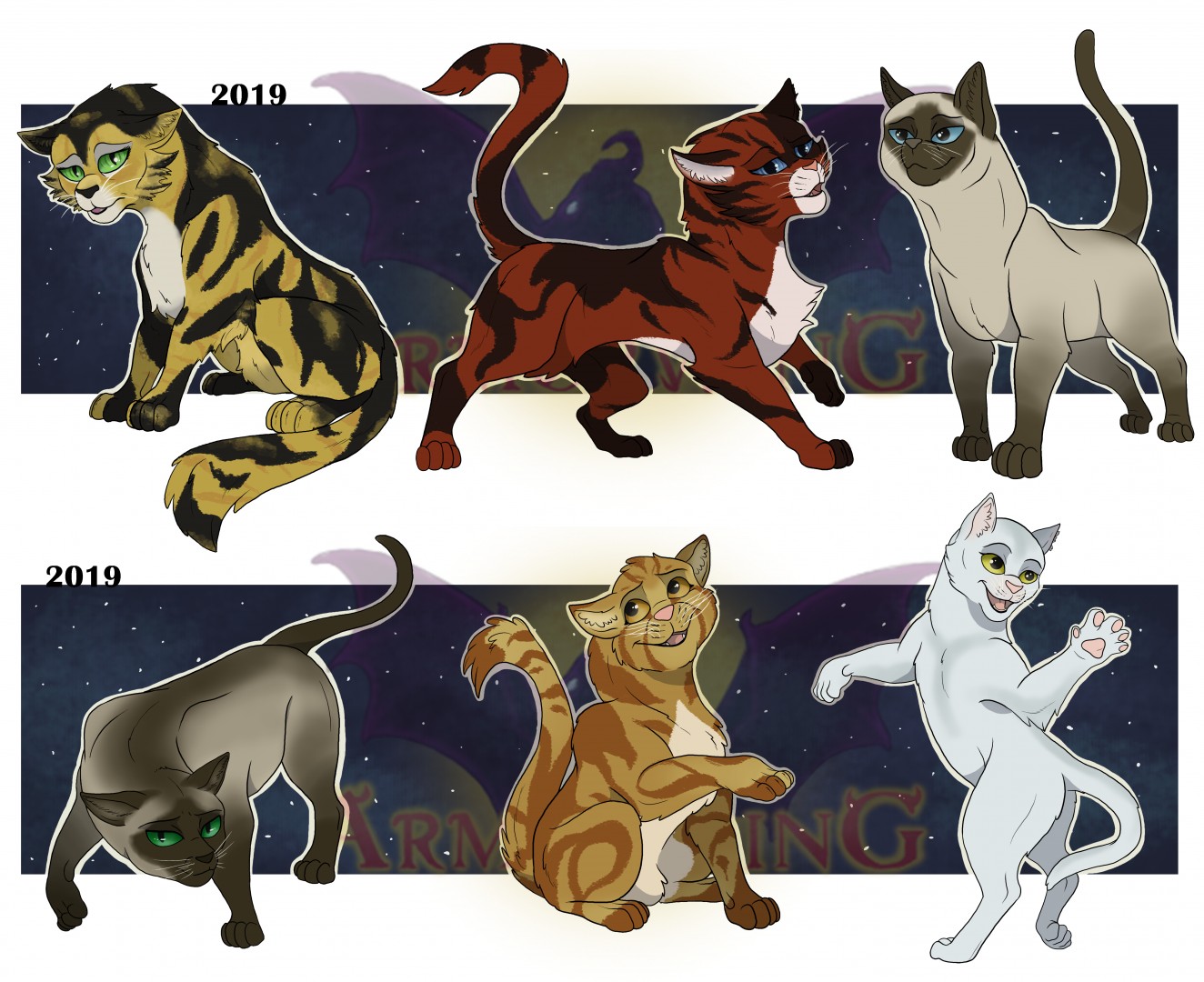 Part 3 of my CATS Musical character designs. Long story short, the 2019 movie's designs are questionable at best and I think I can do better. I still stand by what I said about this being better suited for an animated film. Sorry this took so long. Insert life and work being a little hard lately. Anyway..... (From top left to right) Demeter: She's described as more wild in appearance and nature than most other cats. Unfortunately, her terrible past relationship with Macavity has left her an anxious and nervous cat. But she still tries to be an elegant lady. Bombalurina: Bomb is one of the most promiscuous of the cats. She's very flirty and bold, described as tall and elegant with a deep red and black markings. Though she seemed to enjoy her fling with Macavity more than Demeter, she's still protective of her should he make an appearance. Cassandra: Said to be very beautiful and unique among the tribe, Cassandra is more aloof and even cold at times. Her most prominent role is acting as Mr. Mistoffelees' assistant during his song. Exotica: As her name suggests, Exotica is slightly unique cat in her appearance. She's a little mysterious and often said to be magical herself. Otherwise, she doesn't heavily feature in the show. Jemima: She is the youngest member of the tribe. A sweet and innocent kitten that is much beloved by the others. Her compassion shines through when she is the first to reach out to Grizabella, even singing a part in "Memory". Victoria: Notable as the only stark white cat in the whole production. She's the eldest of the kittens and the best dancer. She is the first cat to touch Grizabella.