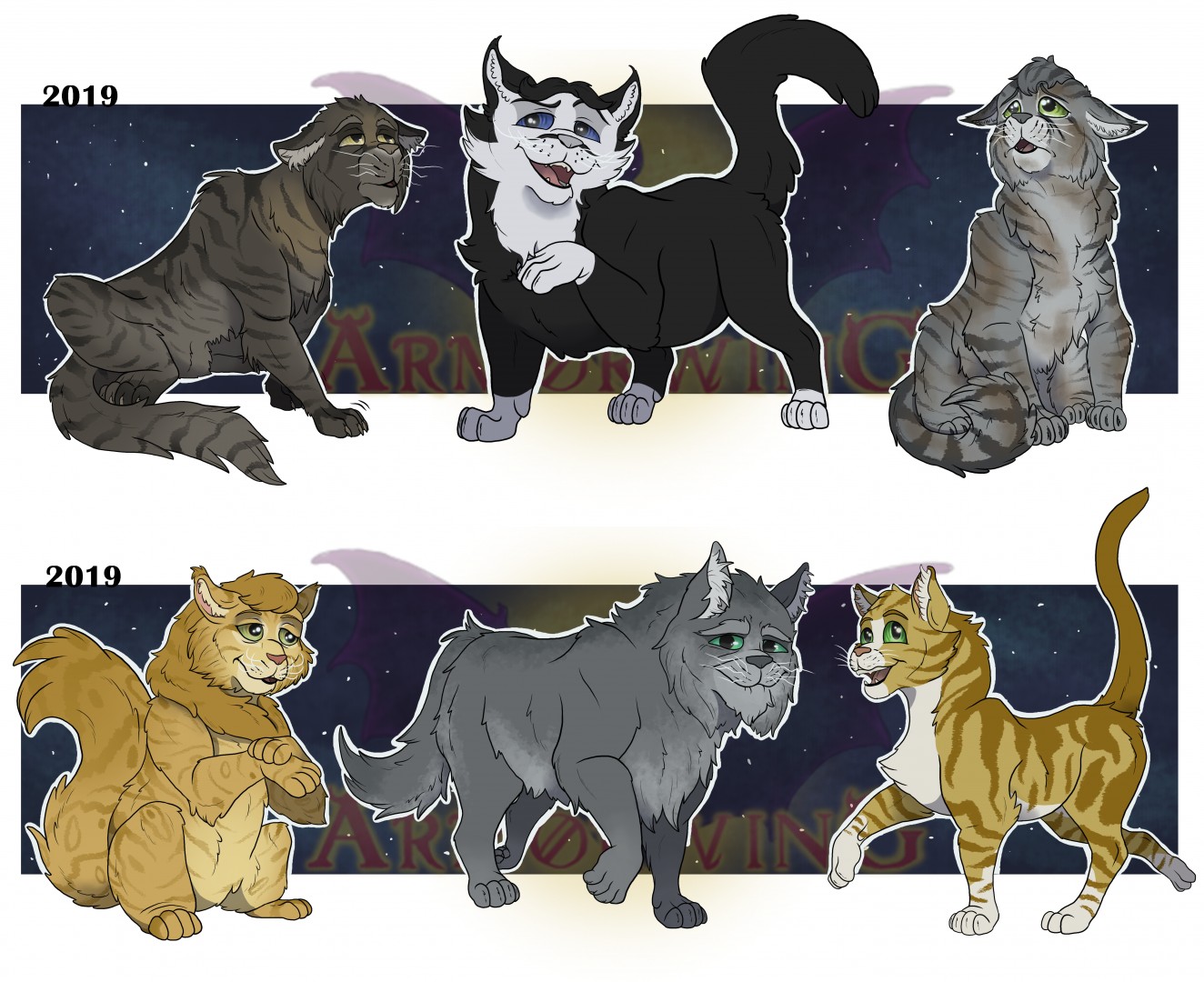 Part 2 of my CATS Musical character designs. Long story short, the 2019 movie's designs are questionable at best and I think I can do better. I still stand by what I said about this being better suited for an animated film. See Part 1: https://ourartcorner.com/artwork/72808/CATS-Character-Design-Misc-Adults Meet the Cats! Gus: this old-timer was once a very accomplished stage actor. His entire song consists of reminiscing on his best roles and the admiration he once received. Though he's still well-liked and respected in the tribe, he laments about his glory days, saddened that he (and even modern stage productions) will never be the same. Bustopher Jones: this unusually fat cat is a connoisseur of all things fine dining. He's a generally cheerful cat that spends his time at various clubs. Described as a tuxedo cat, some have theorized that he's related to Mr. Mistoffelees (more on that later). Grizabella: also known as the Glamour Cat, Grizabella is a former member of the tribe who was disgraced and exiled due to an unspecified event. She can be seen a few times during the play attempting to take part in the Jellicle Ball and prove her worth to the others. Only after singing the classic song "Memory" does she manage to convince Victoria to come and touch her, the other cats following behind to forgive her. Considering that she's been exiled and not in the best conditions, I decided to dirty up her fur a little. Jennyanydots: known as a Gumbie Cat (one who sits and sleeps all day then works at night), this pudgy cat is described as very motherly if not a little strict. Aside from guiding younger cats of the tribe, she's taken an interest in teaching mice and beetles the finer things in life. Old Deuteronomy: he is the eldest cat and leader of the Jellicles. Said to have been reborn the most out of any other cat, his numerous wives and descendants are almost legendary. He is the one who will chose which cat gets to be reborn in the Heavenside Layer. He's very much loved and respected in the tribe. Skimbleshanks: this Railway Cat lives in the train station and helps control the mice population onboard. He's very jolly and energetic, sometimes a little silly. He takes his job very seriously, believing the train couldn't operate without him. Speedpaint: https://www.youtube.com/watch?v=ayAiV7Xae78&feature=youtu.be