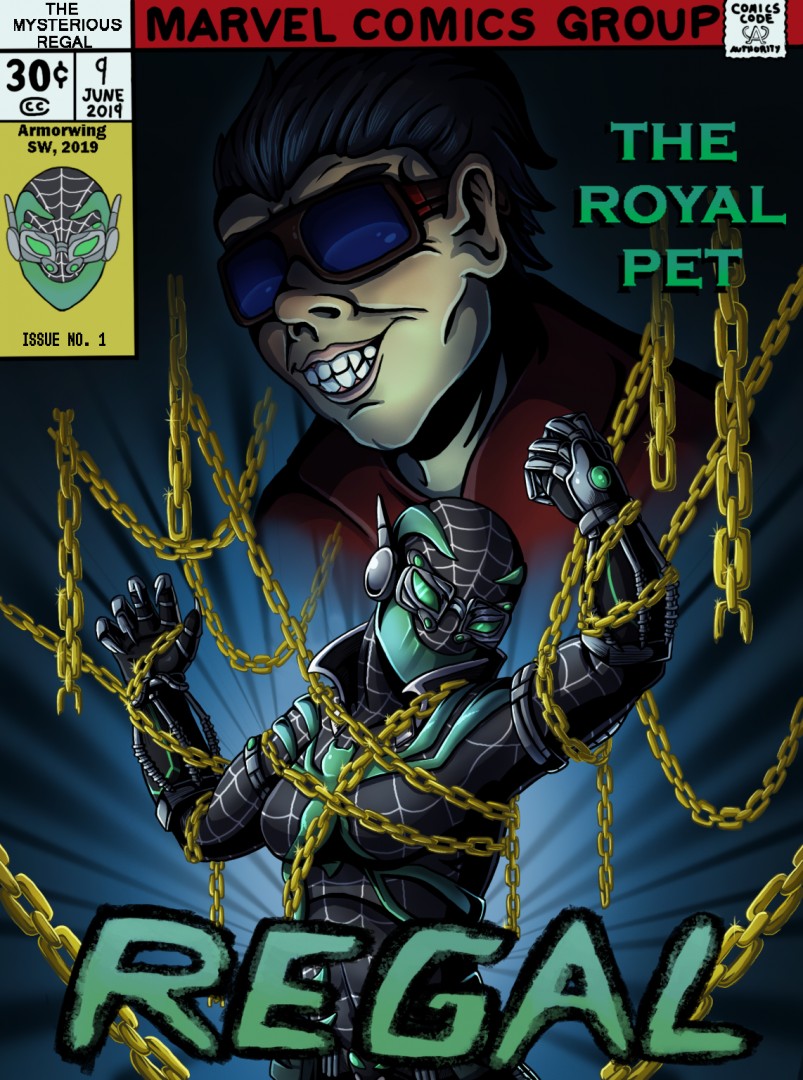 A little late on this, but if anyone remembers, I participated in the Spidersona challenge a few months ago to celebrate "Into the Spiderverse". I was so proud of how it turned out that I decided to go the extra mile and design a cover for the first issue of a hypothetical comic. Incoming Backstory! Samantha Sawyer lived a comfortable life with her parents in a quiet suburb. When she was about eight, her father's pharmacy was bought out, leaving him without a job. But mere days after this, he was contacted by a group claiming to be the ones who bought his establishment. They offer him a job in a city a few hours away that pays very well. So the family packs up and moves. They were moved into an apartment paid for by this group. While she wouldn't figure it out until much later, her family had just been roped into a large organized gang circuit known as The Kingdom. In exchange for monetary stability and protection, Samantha's father would front as a normal pharmacist while managing and even creating narcotics. But they were in too deep by that point to get out. About three years into this, Samantha's mother left the family out of the blue and never contacted them again. Samantha became very reserved after this. Despite her love of volleyball all throughout school, that was the extent of her socializing skills. Though an average student, she would occasionally butt heads with her teachers and other students. Around the age of 17, her father came home abruptly one night with materials from his lab. Claiming a police warrant might have been served to the location, he had to keep the ingredients at home for a short while before an associate would relocate them. One of these ingredients were genetically enhanced spiders stolen for research purposes. Of course, some escaped in the confusion, one finding Samantha at the table and biting her. Some days later, Samantha noticed a change when she tried sprinting to cross the road....only to shoot halfway up the sidewalk from the opposite road. Other powers like adhesive abilities, improved eyesight and a strange sixth sense. But it wasn't until her eyes changed to a strange dark blue color that she couldn't hide the changes. Her father took her to the hospital. Unfortunately, there were members of the staff under The Kingdom's rule. Her condition was reported and they put two and two together. A few days after her release (now fitted with dark glasses to hide her eyes), she and her father were called before the gang leader, simply known as The Lord. They were both made an offer: Sam's father could take less illegal jobs if Samantha agreed to become his personal agent. This would entail serving as protection or a runner on raids and transactions. Due to some thinly veiled threats to their well-being if she refused, Sam accepted. She was later fitted with a new suit: partially armored, limb enhancers and a headset that amplified her sight as well as a communication link. In line with the gang theme, she was given the codename Regal. Though seen as a somewhat formidable member, she's heard others refer to her as "the Lord's pet" behind her back. She knows she's helping people do terrible things, but if it keeps her father safe and potentially ensures her future, there isn't a lot she won't do. Even so, she hates being someone's property... That's about the gist of it! I appreciate it if you read all that. Speedpaint: https://www.youtube.com/watch?v=9hNc3wH_DCo&feature=youtu.be