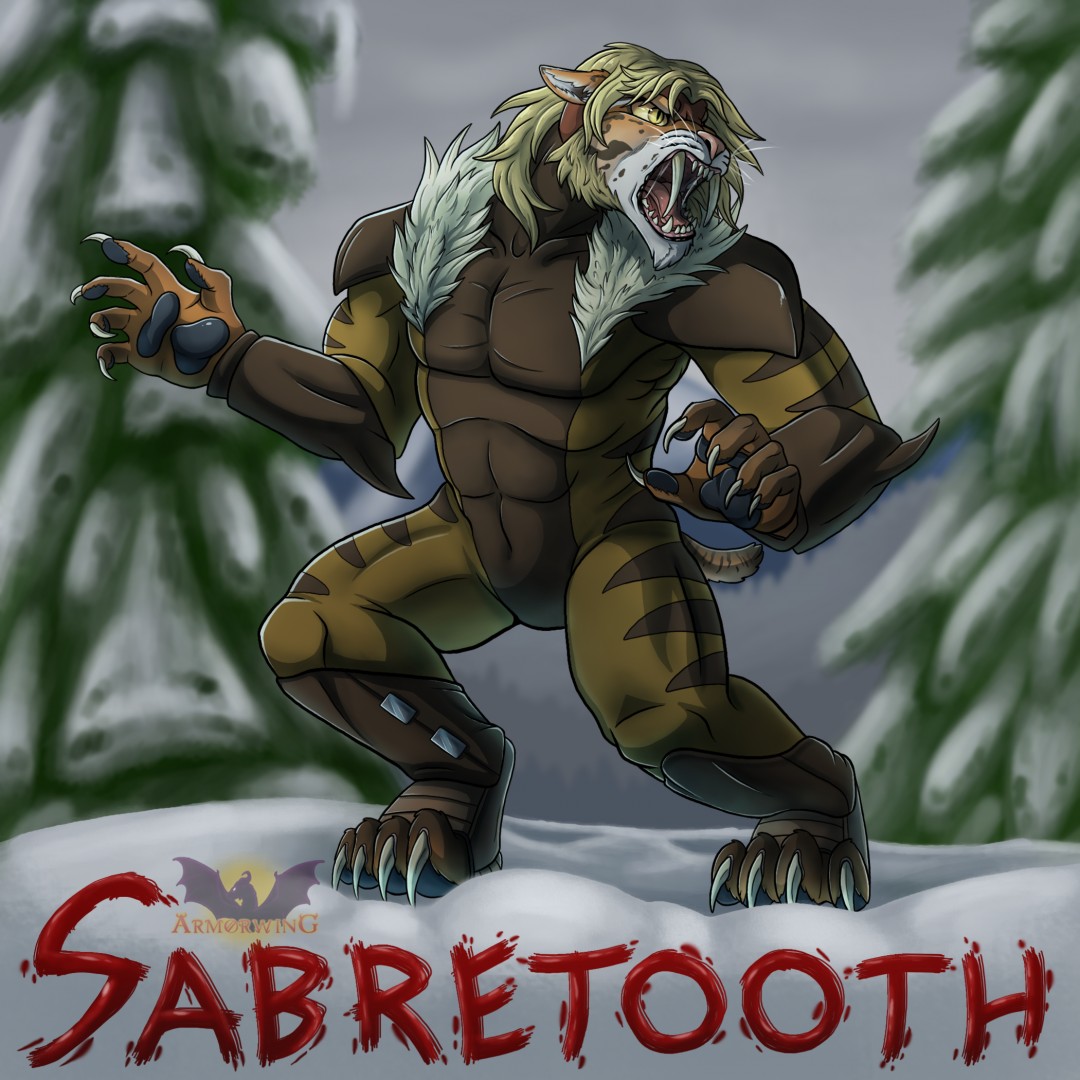 Even more cat people, but this one's prehistoric! Unlike most other cat-named heroes, Sabretooth is probably the most brutal, and I really wanted to do a more monstrous anthro. Funny thing is that a friend of mine said I wouldn't have to change much of his design. He was kinda right. I like to think that prehistoric anthro don't exist and Sabretooth started out as a lion or tiger. His mutation slowly changed him into something resembling an extinct species.