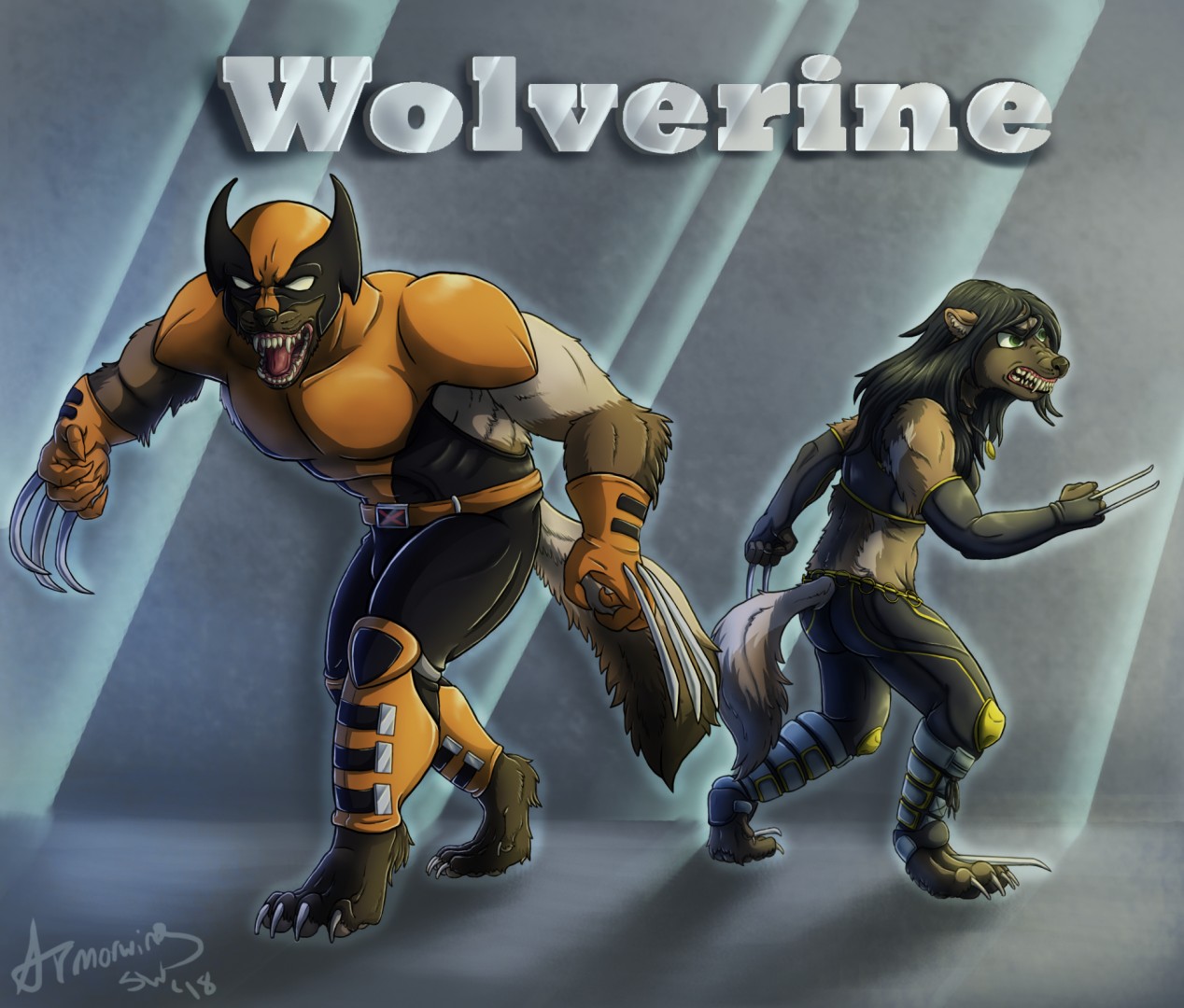 I've set up yet another on-going project for myself. This is what happens when I have too many ideas. I got the oh-so original idea to take comic book heroes and villains with animal names and make them those animals (anthro versions, of course). However, characters with animal names that are actually anthro animals, like the Lizard or Killer Croc, will not be included as I feel I'll only be doing redesigns of an anthro character. They have to be more human to make this interesting. This first entry is arguably an animal already, Wolverine. I also threw in X23 to show off the more animal-like body. Wolverine's costume is suppose to be the design from X-Men: Evolution (my fave X-Men cartoon), while X23's is her standard outfit. I feel like I cheaped out on the background, but I'll try harder on the next ones.