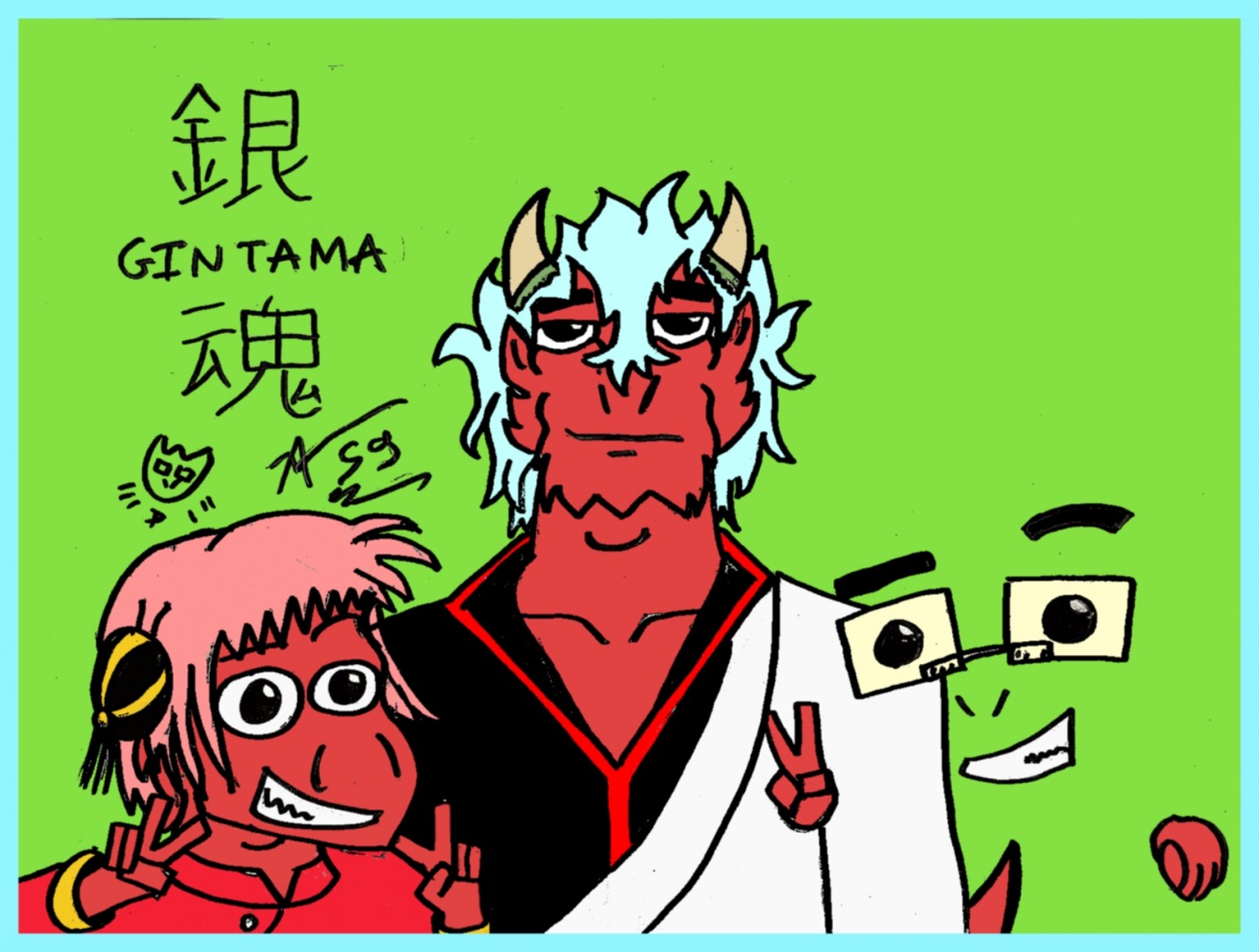 People, it's been a long time since I was put in the animated to be a bit up to date in the manga culture, but there, even though I saw better, (like One punch man, DBZ, GTO, Ranma 1/2 , FMA & Ect, the list will be still long) ben most of these animated, I have not look at thoroughly, because either, it's too long or I can not get in, But here's a manga that I look for his humor, it's a bit like "there is a pilot on the plane", but in Japanese version & improve, and it's called: GINTAMA, and this animated series is all by itself, a parody of Japanese society & mangas in general, the story is really stupid to understand, (well you summarize it basically, because, it is a sacred program) it's just the aliens who invaded Japan from the Edo era (which is a bit of Japanese middle age or rebirth?), and we follow Gintama, a flemish-haired old samurai, but a very good fighter, who is followed by her friends, Shinpachi a young person responsible and nice like everything, (good after there is her own delirium) & Kagura a girl with a superhuman strength, but with a character of pig, which makes her charm even if is the opposite of Shinpachi, because she occupies Sadaharu, a huge dog that does not stop to fuck a monster brothel, and his people adapt to this reality by spying as work "Handyman" in their society by the name of " Yorozuya Gin-Chan "we can translate (according to wiki): Mr.Gin's freelancers agency, that's it, it's done, but if you do not know this series & you love parodies, and ben dark head down, I recommend it without problem, because make a parody on the Japanese society & mangas of all kinds, it is the best thing that is happen, sometimes the series to serious little bows, which made me sometimes worried close to the main character, but still evolves characters throughout the story (even secondary) & humor is the best that I have seen since the French cinema, good by and large, see this series as a South Park version Nippon, frankly, you will not regret it, it's just magic, on this people, I hope you will like this series as I love it, because it is in my pantheon of parodies that I have seen in my life, (well after he can have better than Gintama, but we'll see who will follow), by and large, Have a good day or evening wherever you are, AV59 ^^