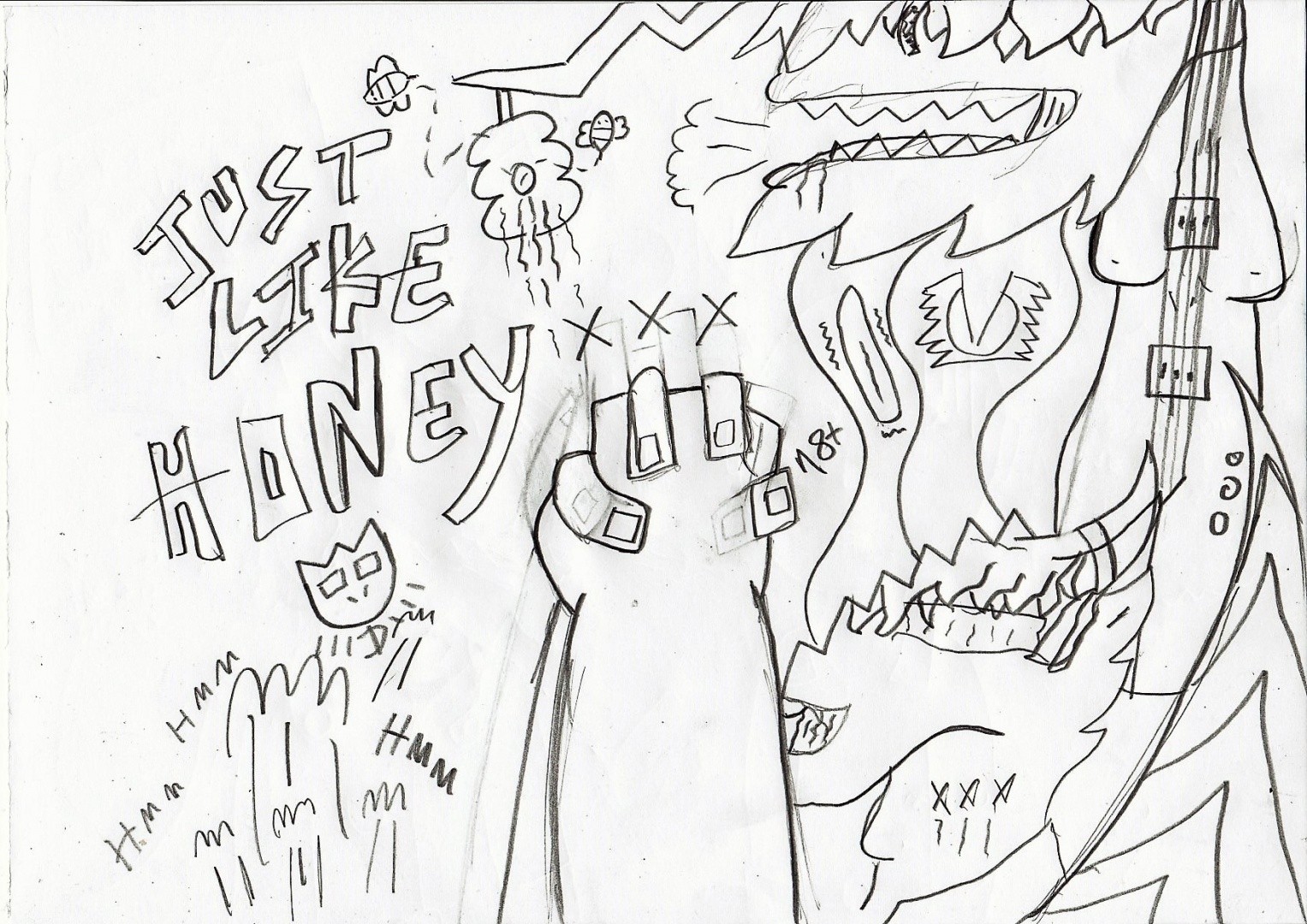 Well, this is very heavy, to explain the original delirium, I just listen & read the translations of the lyrics of "Just Like Honey of The Jesus and Mary Chain" (ehu yeah just the name) of the band is long) on ​​my musical search, and that is Noise Pop (according to Wikipedia). and it's from the translations of the lyrics, that my evil perverted mind has just made a turn in all directions, because to my god, this music has a huge understatement to sex, so when you go listen the music without the translation, this music will be just banal, see rather messy in view of the sound saturated, because yes, it remains above all, noise music (Noise), but if you read the translations, there are some words that will say "To the cow, it's too cool", because I love, otherwise I will not have made the drawing in question, otherwise I should have done a censored version for Facebook, to at least avoid some annoying, but hey, Fuck the censorship, we will do it without & see if people will react in a certain way, because it is thought that, in the logic of some , sex is bad ??, but the violence is good! no I say that, because it's just anything, well after I've already seen some consequences that it had in some movie or other work, but hey, it's a debate to the con, and you leave admire, the only thing or the humans (and me first) the thing or we are the most hypocritical hiding that we have good people with that, The Sexx XD finally, I hope not to have traumatized some kid, (even if I know better than it is at 12 years), as an exhibitionist in the street, on this, Have a good day or evening wherever you are, AV59 ^ ^