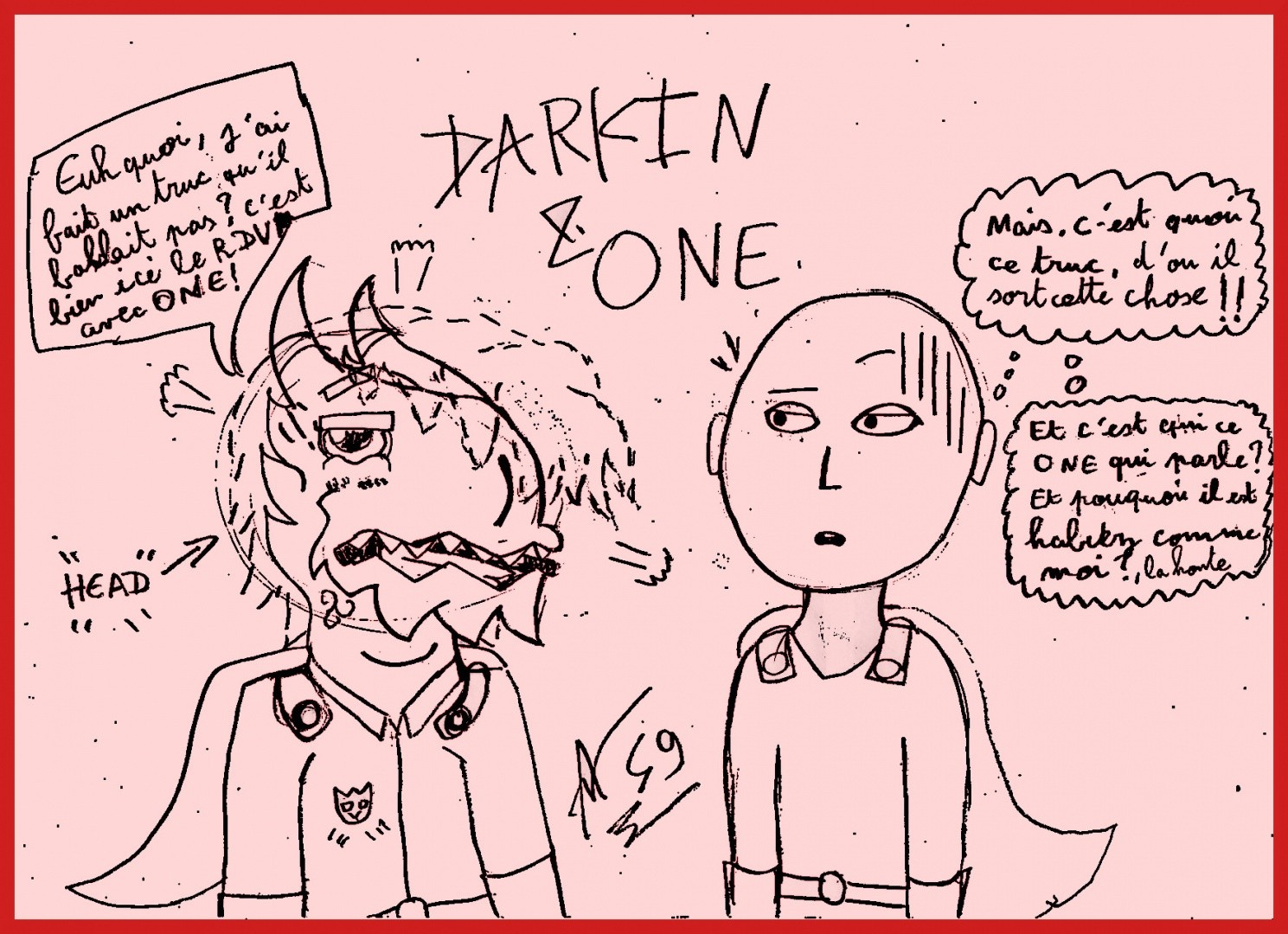 It's been a while since I wanted to do that, and now, it's done, well, finally, as you've seen the title, we're going to talk about ONE, and whoever already spotted the character in question I've to draw & who just said it's Satama from One Punch Man, bravo Captain Obvious, (well I'll summarize his life on that I understood roughly) our dear ONE, a Japanese who likes to draw, but was afraid to share it in his school, because afraid of being "demoralized" in the eyes of his classmates, and one day, accustomed to go on the internet (not what do you imagine?), he comes across a site where people publish web-comics, and then ONE then embarks on the adventure as the draftsman (and also scriptwriter) he always dreamed of 'to be & share his passion for manga-like people like him, but someday ???, a mangaka named "Yūsuke Murata" will one day go to the website where ONE publishes his Web-Comics, and he is falling on "One Punch Man" and the revelation of the sick, the mangaka is on the project that always wanted to draw in his life, and after you know the rest, he collaborates together & made a remake of the Web-comics in question & become very popular, and this is well deserved & well rewarded for a guy like ONE, because I watch the series (except the last episode) and FUCK, what is this thing, it's huge, I never thought I'd see it one day, good now that I explode with joy on that, I think I'm especially proud that a guy who started on the internet became known overnight, because a mangaka had just love the story and the humor of the latter, and I understood something in the stories of ONE is that, takes a Mec cheater with a power of ill, but, they are guys who still remains their power, dudes complement banal, and deep in them, either he knows that it is very annoying to be a being too powerful, or, in Mob Psycho 100, that having too much power can be dangerous to the people who are dear to him, even the most rotten between, and that's what I love with ONE, Huge humor & the dark in it we move on to continue in the story, to the most intelligent way of saying (in my opinion) that the power does not the men we have and we must trust in ourselves with or without "super power", even if it is hard and without mercy for people, NEVER SAY DIE (that means "never to give up "), and as Uncle Ben had said in Spider Man" Great power involves great responsibility ", And damn, it made me happy to talk about it, and to say that, mangas are not Débile (finally certain if), it is on the contrary, lessons of life very important to know in each of us, and if you agree with me, I tell you all "BANZAI", on this people, Have a good day or evening or you are, AV59 ^^ and Arigatōgozaimashita ONE, I owe you a beer ^^