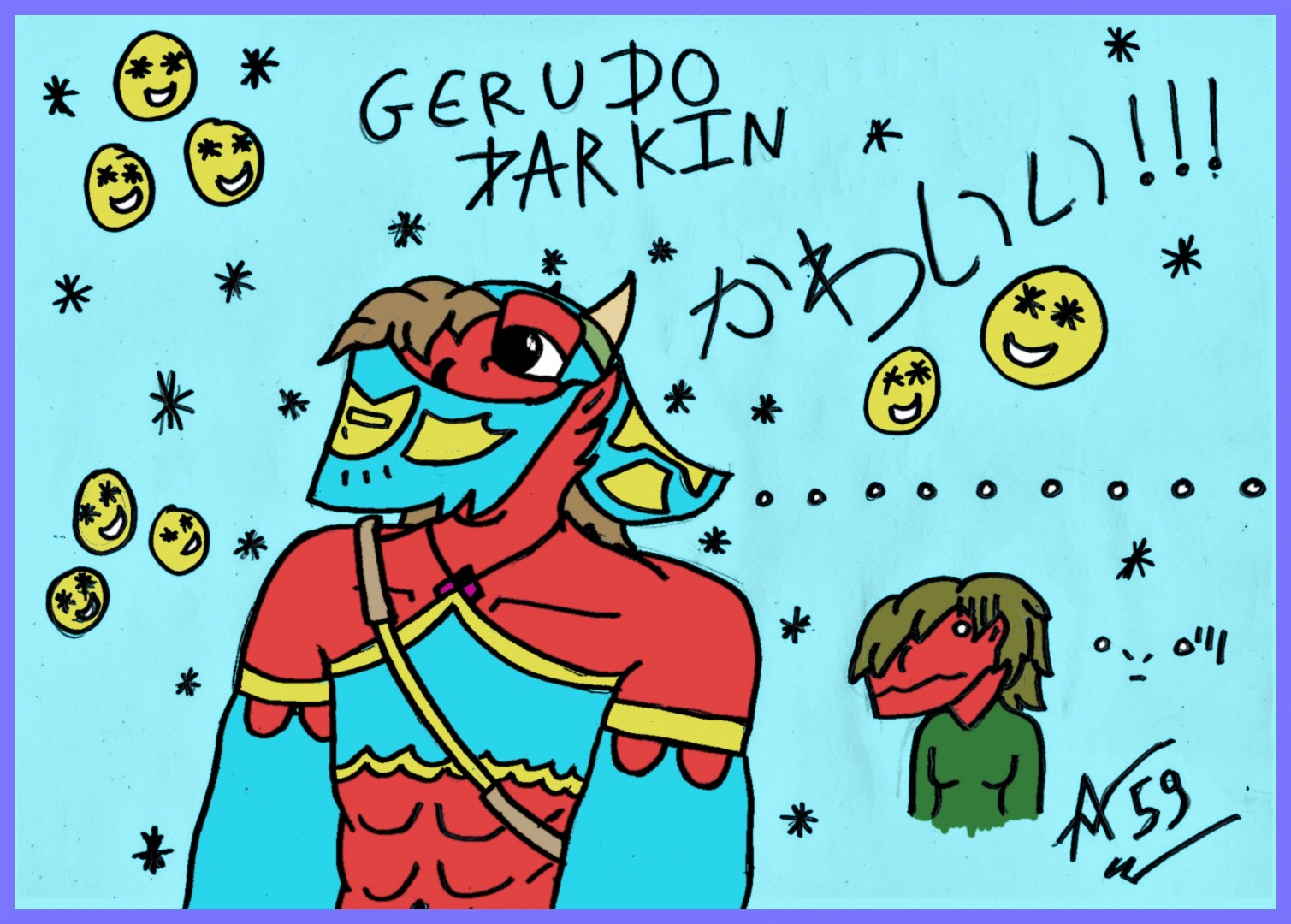 hey listen people, and yes, it was a long time that I did not make a Legend of Zelda, and there is urgency, because no god, what Link became, finally after I play at the last Game, but on DeviantArt & a local Zelda fan band on Facebook (Hi Zelda Hyrule FRANCE), there is now a good moment, this phenomenon of "Gerudo", which basically, only two characters of which Mario & Link, disguised as a woman, good for Link, it can still pass, because it is a little Androgynous, which we ask the question if it's a woman or a man if we look at the face? while with Mario, well