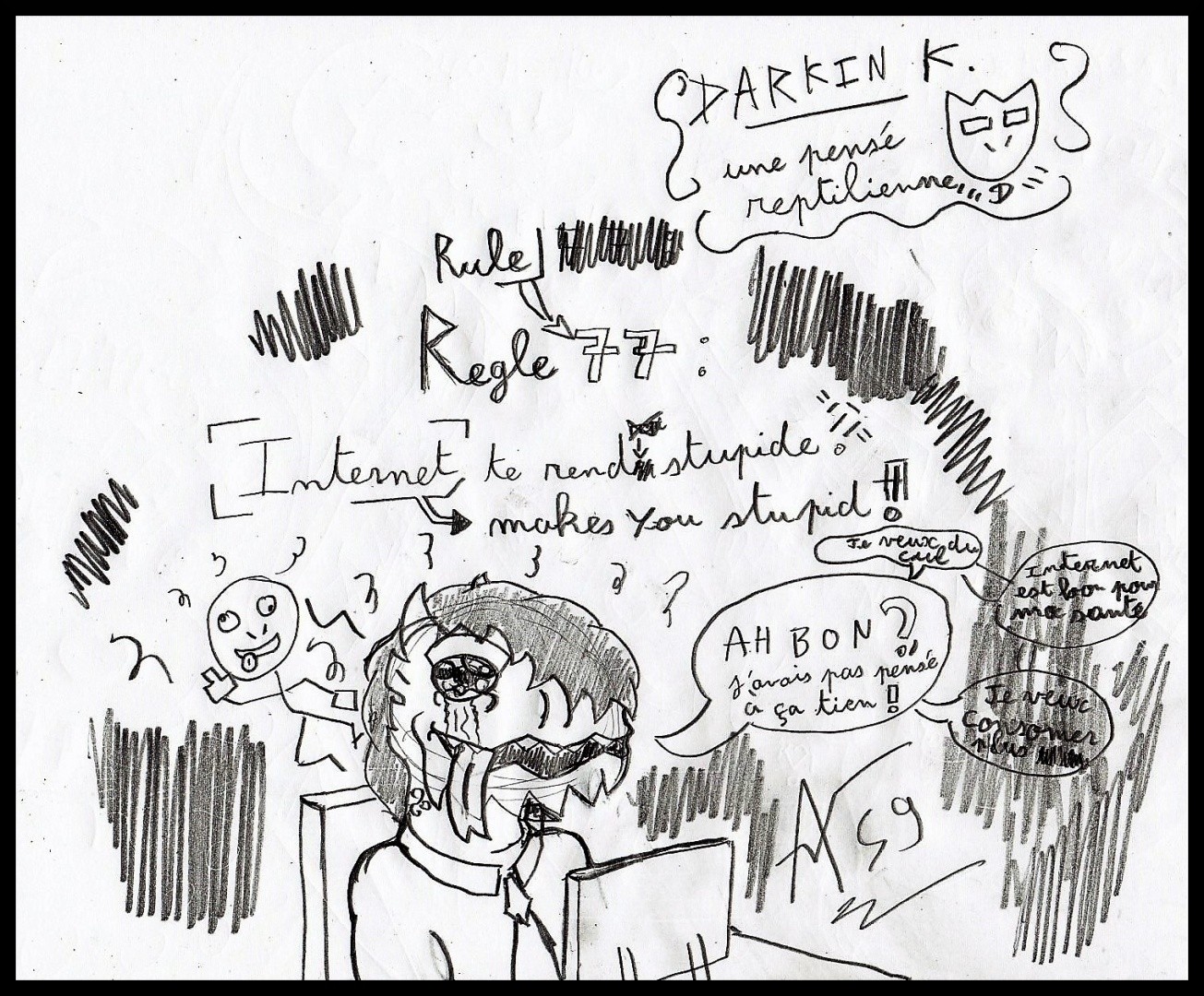 for today, pfff, ben I have no ideas, suddenly, I just did some old-fashioned drawing, because yes, before it was a little that I was doing before, and it is also how I found the idea of my "alter ego", and for the reason that I was too lazy to develop better drawing, finally, there is just one theme that should be remembered, it is on the rules of the internet done by 4Chan, including the one that attracted me, it's this one / rule 77: Internet makes you stupid /, and just that, I love it, because there is some truth that the internet can make some people unconvinced, but that's fine, for me Internet is like in real life, well, except that it is in front of a screen, which is more boring, but hey, must do with, after the other drawing of Bizarre Love Triangle, well it's still a musical inspiration as all the most drawings that I do, On this, Have a good day or evening wherever you are, AV59 ^^