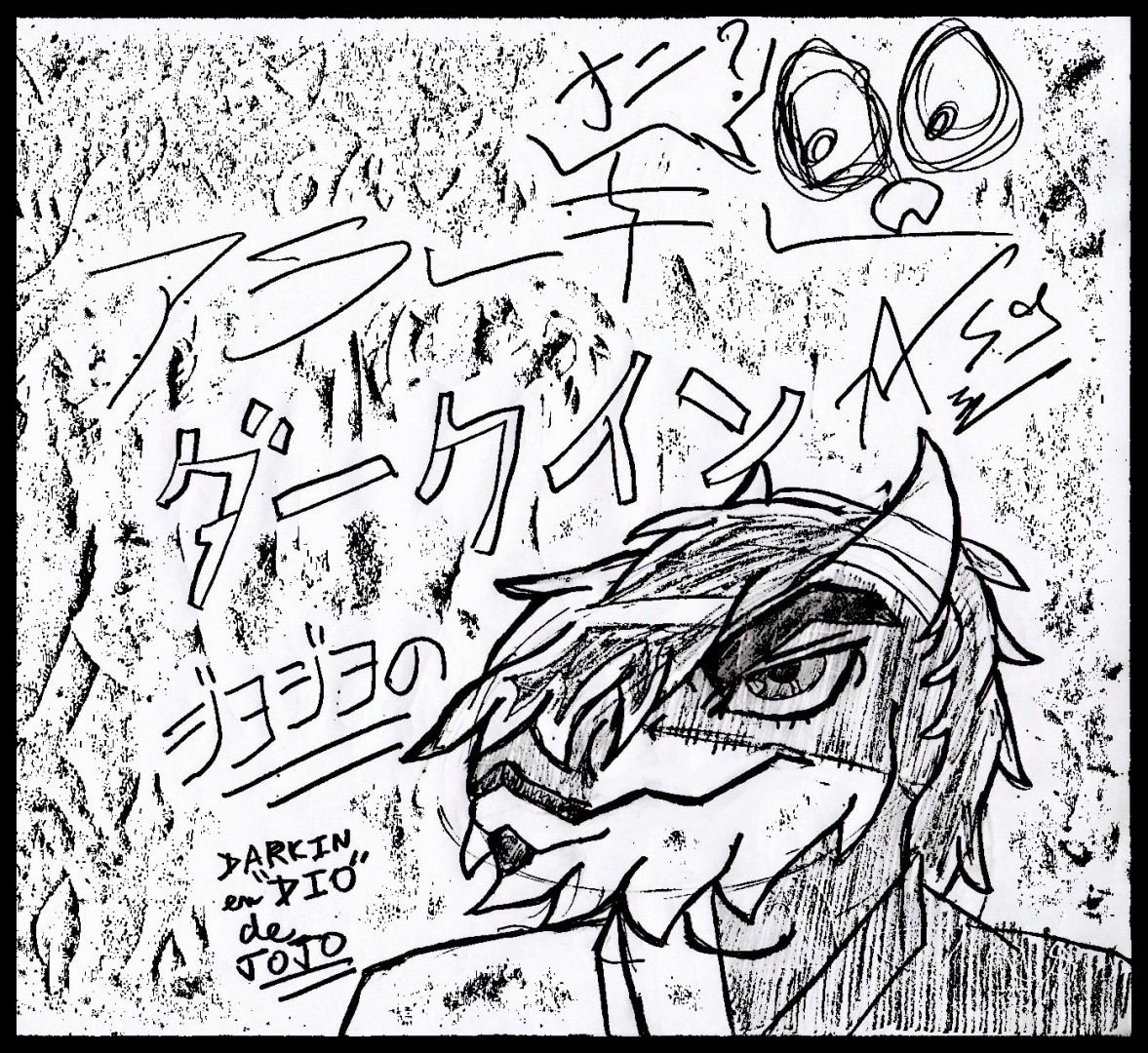 Today people, I'm going to talk to you about one of my most unexpected style discoveries in my life as a draftsman, because normally I rarely talk about manga for reasons of difficulty to draw these and see if they can interest me and avoid playing the "fanboy", because nothing you talk about it is already not easy, the universe of manga is very varied that it's a bit like in the "Hollywood cinema" , that we can fall very often in the clichés, whatever, I said "often", and no, because as in Hollywood, we can come across masterpieces, and there, dsl for you, but even if I saw Dragon Ball & I know a little history & there is good values ​​on the latter, well that of JoJo's is really better == "(and brothel that I'm going to fuck, because I'm going to put on the back of fans of DBZ), and nothing like that, it's a cliché, because DBZ is not the only manga known, but a beginning for those who want to know the universe of manga, finally yeah, we'll say that it's the base, but it's not just a dragon ball, But hey, Jojo is very different from the mangas that I saw, because just to see his style, it is super well done, I will not go around the bush, but just to see the entrance of the evil Dio, it's just badass what, and again, is that the beginning, because I will soon finish the 4th party of the animated series, and my god, I'm going through all my emotions, yes, I would not have believed to say that, but he had scenes where I joked, laugh, worry and ask me questions about the characters that is main & secondary, because most of the manga that one loves me, are a little relief of us even, and ben Jojo reflects to me that I am personally, because this manga has a lot of cultural reference that I know, and many are references to horror movies, even see that in the second part of the series I was directly thought Indiana Jones, and the little extra for me, it's the music of end & the general atmosphere which is "Rock n 'Roll" & "Pop Art", because my god, that it is very colorful & alive like atmosphere, Words in Japanese which s like this, the tunes of the characters serious, even exaggerate, all possible humors that goes from all colors, from black to ridicule, But hey, if you do not know Jojo Bizarre Adventure, look at it by all means, because for a guy who really does not have the habit of watching often animated Japanese, this one, it is different, any media confused , and since it started in 1986, imagine the people who were inspired by the latter, finally, I'm finally glad to have seen one of my best animated that I had to see, because I I still have a long list in my head, and level psychology, it's still going, finally short, on this people, Have a good day or evening or wherever you are, AV59 ^^