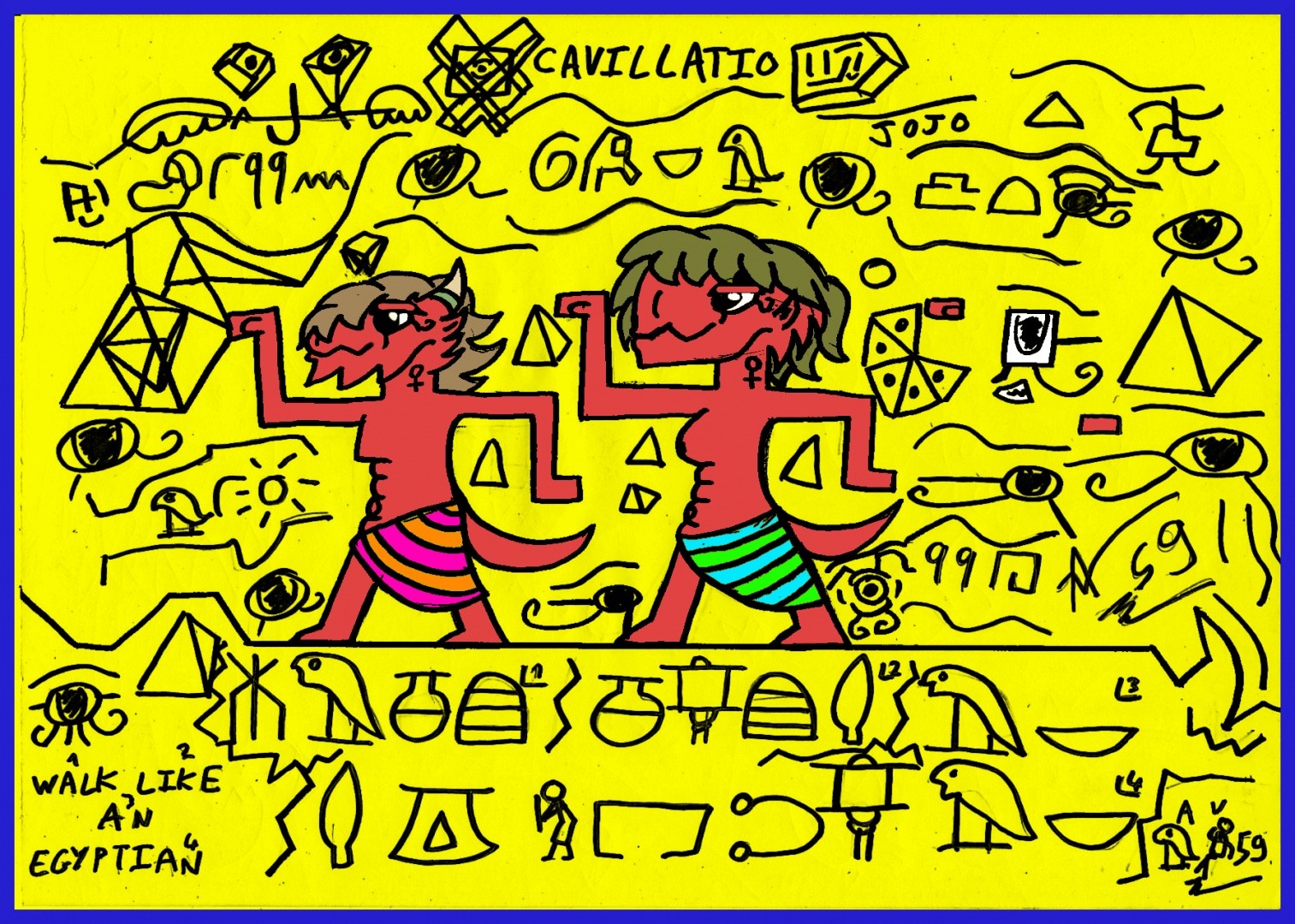 Well let's look in the specifications of what I have to do as a parody, then: - Godzilla ✅ - Ghost in the shell ✅ - The Mechanical Orange ✅ - Make a cameo with Jim Carrey ✅ - Go into space to see Houston again ✅ - Talking about Blur & RadioHead ✅ - Make Andy Harold ✅ - Make a cosplay of Link ✅ - See unexpectedly that I will do ✅ Well, this is in order, good, since I'm not lazy today, we're going to talk about Bangles, or the title you've already seen at the top is: Walk Like an Egyptian, So this music is just awesome, another example that was going on in the '80s without a fuss, but I did not have enough inspiration to draw a picture on it, until the day I look in my amine list in my head that I really had to see, and I'm currently watching Jojo Bizarre Adventure, and as I repeat all the time as I see something cool, to my god, I've never seen an amine as stylish as this one, and again I did not see amine class, but he, he there's one more thing that I love, his Rock inspirations & this style of Drawing, my god, for a manga dating back to the 86's that still continues to be published, it's huge, I can not believe it for an animated like him, and if you wonder, why Walk Like an Egyptian fucks here, well, it's because she's leaving the credits of the end of the 3rd Party of Jojo Adventure, because the guys go to Egypt, which is the main destination of this animated party, and all this combined, give me back the inspiration to do the drawing, because found an American music of the 80s in an animated Japanese, brothel that it is rare, and the result is great that you asshole, on this, I leave you, and Have a good day or evening or you are, AV59 ^^