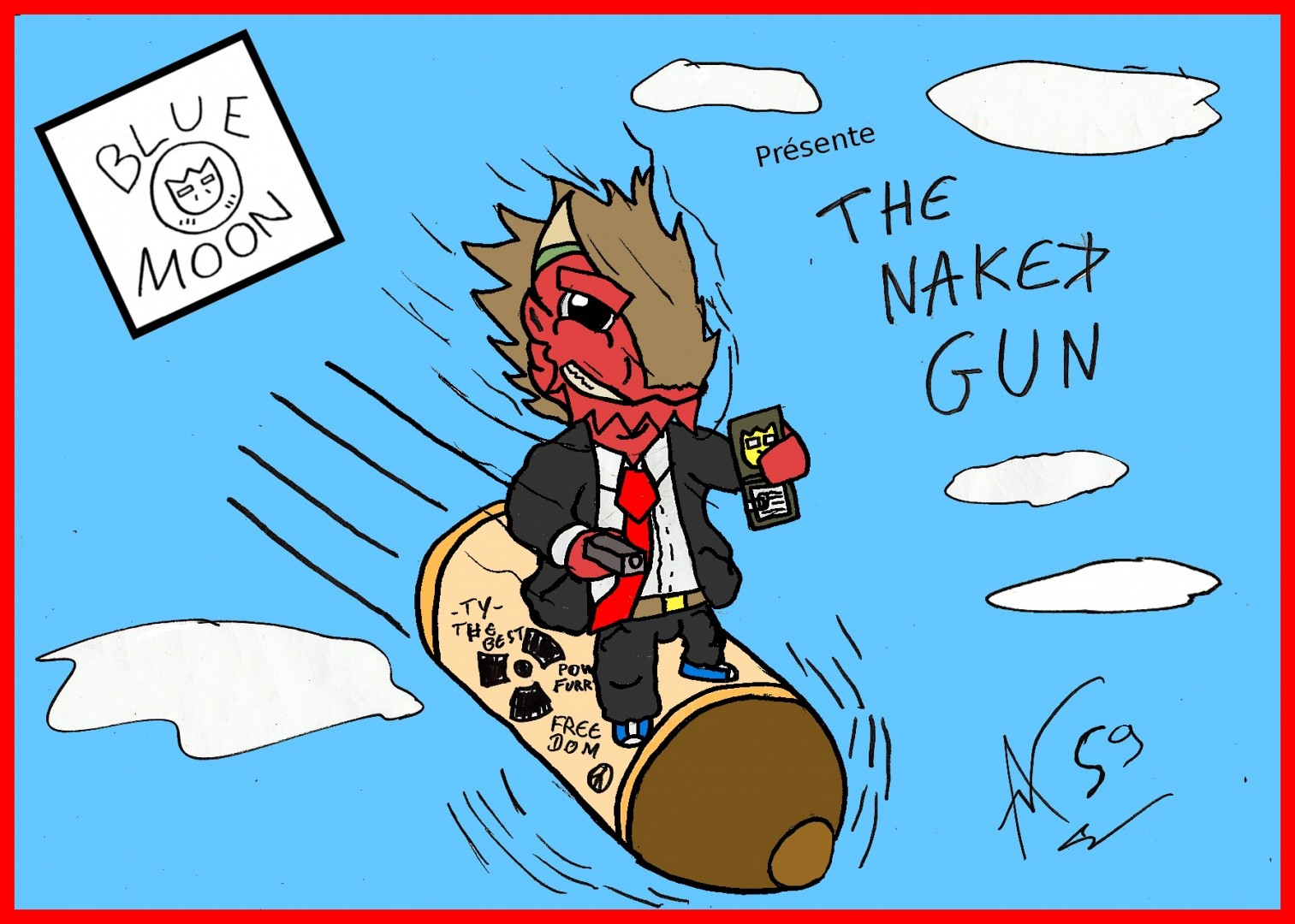 You know what, that spanked all the same for a long time that I have not so well to draw that that, since Darkzilla who I am not so well to amuse in a drawing, because there, we are going to speak about one of the series of movie prefers, and another movie which shares the same idea: the parody!!! Mrs and Mr, me you present: is there a cop the trilogy and Y has he(it) a pilot(driver) in the plane? And there for simplified, I am going to take their original title, of blow, we are going to speak about The Naked Gun, then the movie in question is very simple, it is as Airsmooths(Airglides)! But in police version, later needs to like the parodic humor, because the problem with this kind(genre) of humor, him(it) can become heavy some time, it is nevertheless it's a pity, Because we have the possibility of making that one want with this kind(genre) of humor, mix him(it) with others train(form), as the black humor, nonsense or sometimes I foutiste, that can pass, but the problem with it is movie, due to seeing them, that becomes fast getting drunk(annoying), there was a fashion of movie which to pass unfortunately, and the humor that I knew to fast missing person under the same tasteless deluge funny step, Even a jerk on the Internet can do better, well, after all, whom is that we smell does ^^, since that makes forget my misfortunes and cross(spend) one good one(maid) moment, that me emperche not to make a parody for my tour(ballot), if you too like you that, the same dirty humor and parody who surrounds us, you like(love) without hesitate, if you like not, enfaite ben I does me, every one his(her,its) taste after all, Finally in brief, result(profit), A good parody, it continuous to laugh at it, with this, to Have a nice day either an evening or whether you are, AV59 ^^