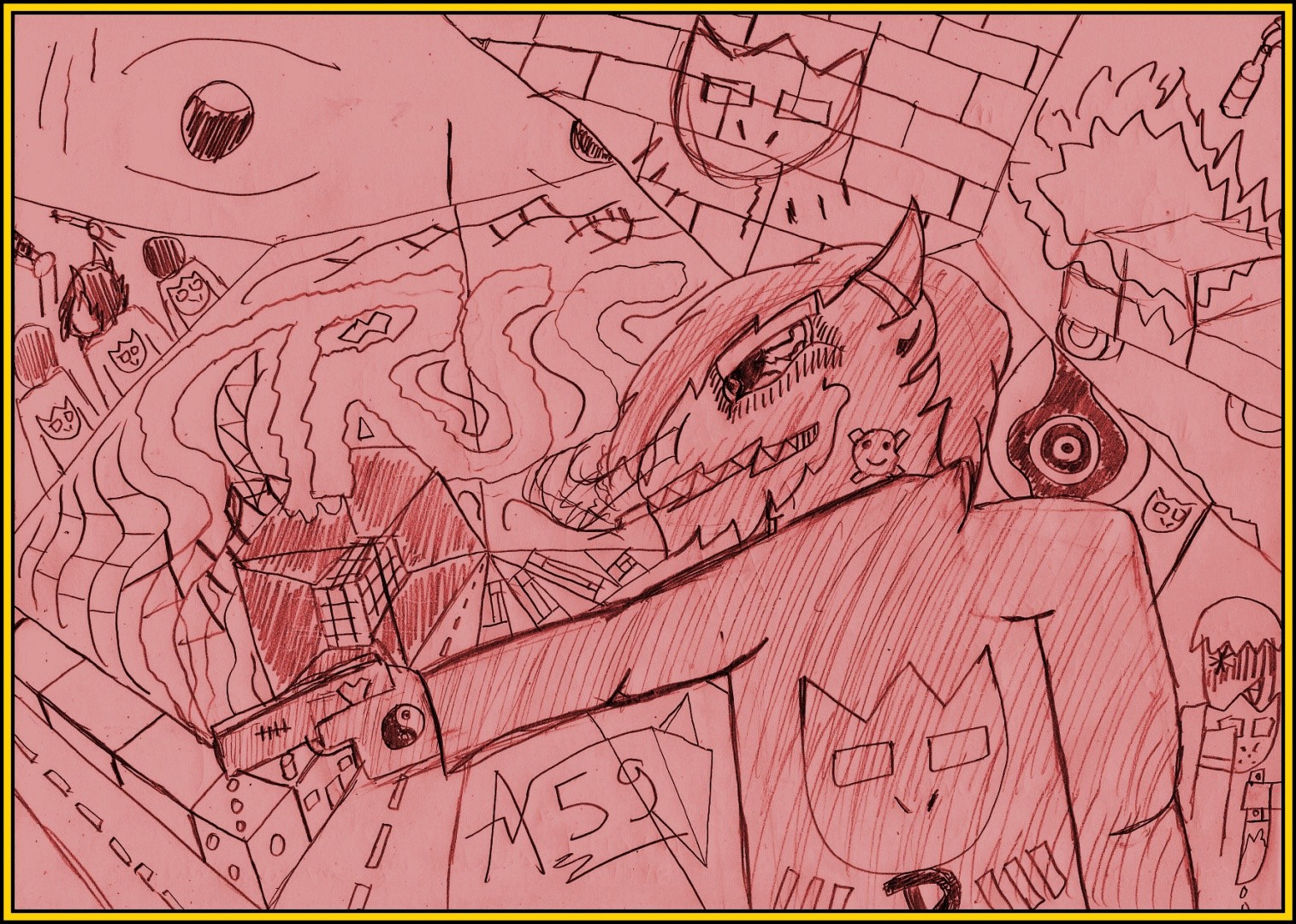 ..., I still have more to publish drawing since The little Shop of Horrors, good after there is the format Alternative Day, but that is just nothing compared to what I really do and the ambition came back with a music that many people have parodied in France, Justice - Stress, which I prefer to call it "the music of the bastards", because we always have the impression that something will happen of horrible, ah and also, I returned to a more simplified format, because the big drawing I did, well I have no new idea great since I am in training, suddenly it is emmerdent , and it is more surprising, there is what to see in the "Cités" and other cheerful places that can exist, nan but frankly, the guys who dress down, but it is the guys who must have the big balls at world, because you really have to have a sacred bet to live in such places, I do not like to talk about this kind of subject, because people will see me as a shit bobo that makes this complaint & looking at a false reality, then already, Shit, yes I know well, it's the fault of "I do not know who" the cities must, if I talk about this, it is that the clip of this music, which is a reference to the suburbs and to the more and more violent young people, made the controversy on the fact that the clip is racist, so yes, c 'is complement con, because I would have liked that it would be white who will have fucked the brothel, that other ethics of which they often hit them, as it was free, ahh clichés & stereotype in France, is a whole story, well it's not worth it in talking, because nothing thought about France, it gets drunk serious, and already it is the fault of the policy if it happens to manage this kind of brothel, I do not know if there are good suburbs, because I already heard that it was going, but it is rather in big cities I do not have any ideas for the evolution of the suburbs, in short, nothing but talk about it, it is boring and taken of head , then it goes hin, on this, I hope this topic will not cause problems & many people drunk, because talking about the suburbs today, it still looks sensitive to me, despite some improvement that no one will know, and out of habit, Have a good day or night or you are, AV59 ^^