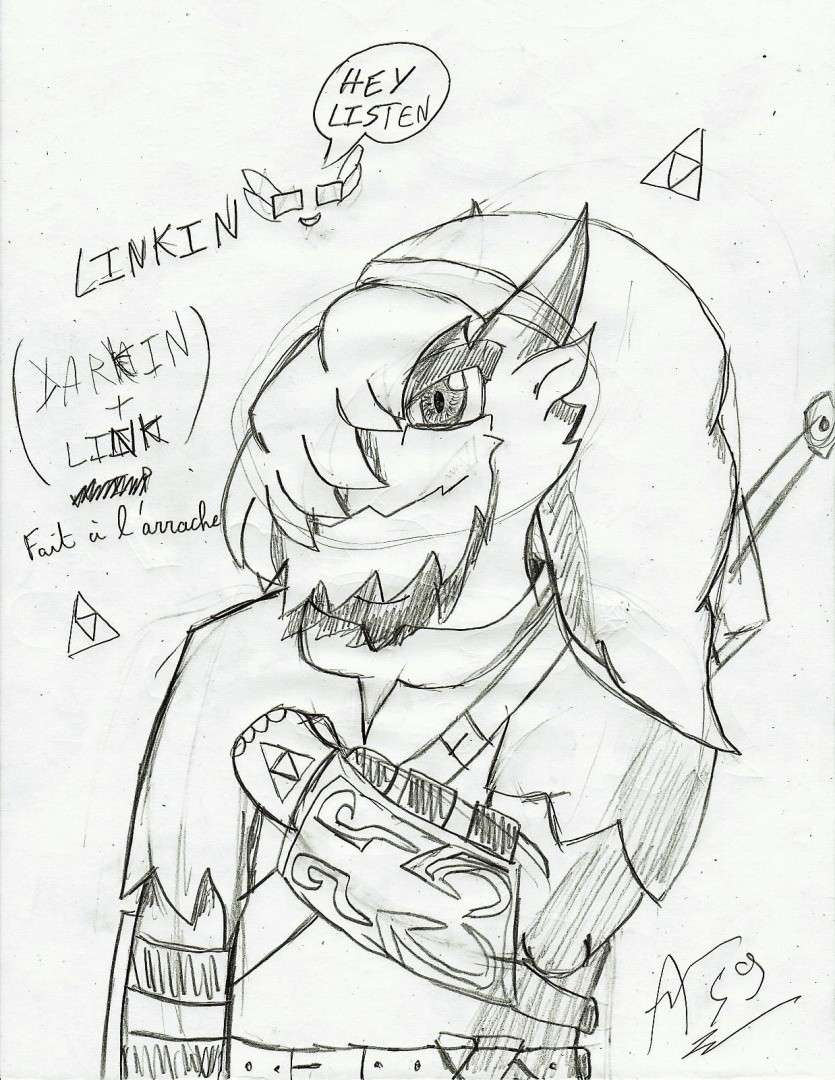 Hey Listen people, you go to be surprised or not, but it spanked for a long time moreover that I had more made of this fan's kind(genre) art on a series of Video games which I like very much, The Legend of Zelda, Oh mess(brothel), Best Serial Vidéo Game EVER, it is the best franchise(frankness) after Mario at Nintendo, and especially, ohh mess(brothel), ouai, there is as well the best character of the game(set,play), as we always confuse(merge) his(her,its) name in titles, I vousprésente; LINK I does me of his(her,its) mythology, timelines, or of which is, Mess(Brothel) that it as for myself is brilliant, he speaks maybe not, has a share onomatopoeias, it guys is incredible and whore of beautiful shit, even its toon version it is cute, it is my prefer, just like Zelda moreover, better couple of video games to the world the guys, and the whore I stop not repeating better since has you the hour, finally brief(in brief) XD But for the one who is a fan of Zelda, I am going to disappoint you dear Gameur, only games(sets) Zelda whom I was able to play in my life, was on DS version and émulator of her(it) BEEN BORN and SNES, and I was lucky enough(had the opportunity) to play ocarina of time, from mask majora, Wind Waker, Twilight Princess and the last one " motherfackingshit " breath of the wild, OH THE WHORE THAT IT IS BEAUTIFUL, OK needs to calm down, the fanboy in me does not control itself any more XD I know quite the games(sets), even the games(sets) on consoles mobile(portable), which moreover The Legend of Zelda: of Link Awakening was my first one games(sets) Zelda, is the beginning of this game(set,play) will give me shivers even today, finally in brief let us pass to the drawing As a result: Not bad, But it's a pity which(who) is hastily made: as I have just said it, I shall have had to like spending a time of madman in front of hours to draw a picture on Link, but mangas, it is not my level, because I had wanted to resume(to take back) Link de Twilight Princess's model, but he is too much fine-looking to be to parody, and in the past, I had already made Link, full of drawing on Zelda, anyway, On it people, it did well to me to laugh and a pleasure of madman to speak of one of my series of games(sets) preferred, and as I the said always, to Have a nice day either an evening or whether you are, AV59 ^^