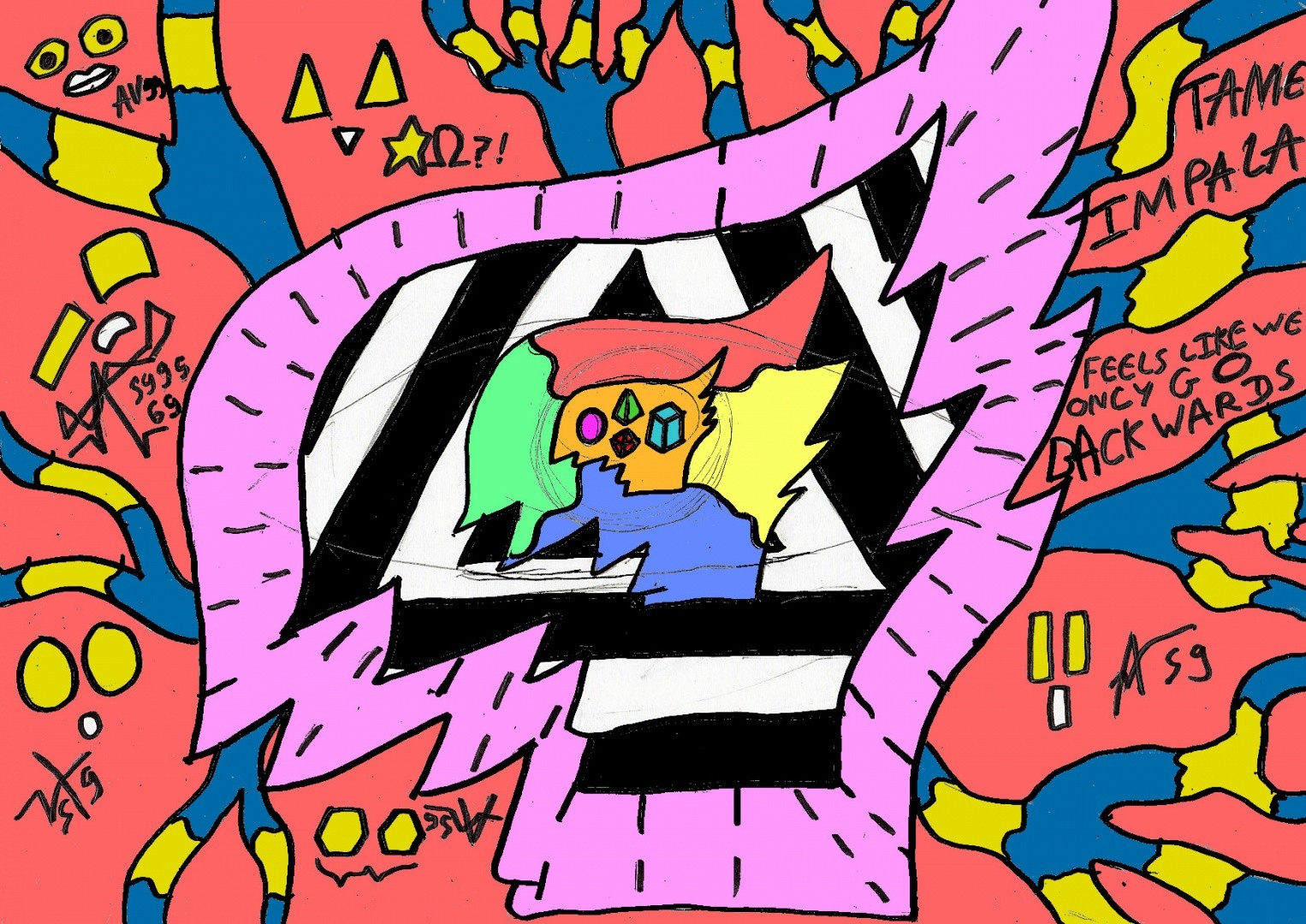 Are you interested in a trip full of color just taken from the 60s, then this music is made for you, Well go, enfaite it spanked for a long time that I wanted to make a parody of the clip Tame Impala - Feels Like We Only Go Backwards, because this music is the best that I heard(understood) for a long time thanks to his(her,its) clip in stop motion totally colored, I have already heard(understood) better, I already have listen to even more enormous, but openly(frankly), it is a great musical clip, And it is because inspires me even today, clips musical, and attention, there, we speak well(many) about the quality, and not the boobs, the cash, the beautiful car and the guys to develop the muscle feels(smells) of it breaking the bottom, later he(it) has it which to try to make seem to play the "artists" to pretend which are different, then which are not really too much to invest(surround) on whom make and feels(smells) shake complement for just have the money(silver) and becomes brainless cuts(bohoes), As a result, I made my small critic on whom we make most of the time in the music of today, especially in France, but so much do not shout " oh despair ", because there is still good artists, and because one needs for everything the tastes and all this, I agree, but it's a pity that groups as Tame Impala or The Black Keys are not so known all over the world as that, because he(it) deserves him(it), and not guys as justin bieber or others typifies of this style which I have already criticized several times on the latter, and no, it is not of the jealousy, because in reality, I have of it to do nothing, because I already have my life in thought before of thought of the others, Because we see good that it is types(chaps) who just likes the popularity and the power, but with little of move(put) back, whom(that) is who has of voucher there finally, because even Beatles in the 60s, it was équivalemment of one direction(management) in our time, I ask myself some more of question, and it's a pity that we became stupid(weak), because of a youth more rebel as in the years punks, and still I say that, while I am 20 years old, and while I knew these years punks, And then way, I have already put my way of thought in drawing " I am Too much cultivated? " And "I Hate Star" as a result, any world even today, whether he(it) is of a generation or of not other, needs put back(hand) to certain zero things to make better the future, otherwise, we shall finish as in the movie " idiocracy ", Anyway, Long live Tame Impala, Long live the freedom to be that one want to be, even if it is stupid(weak) according to your tastes, to Have a nice day either an evening or whether you are, AV59 ^^