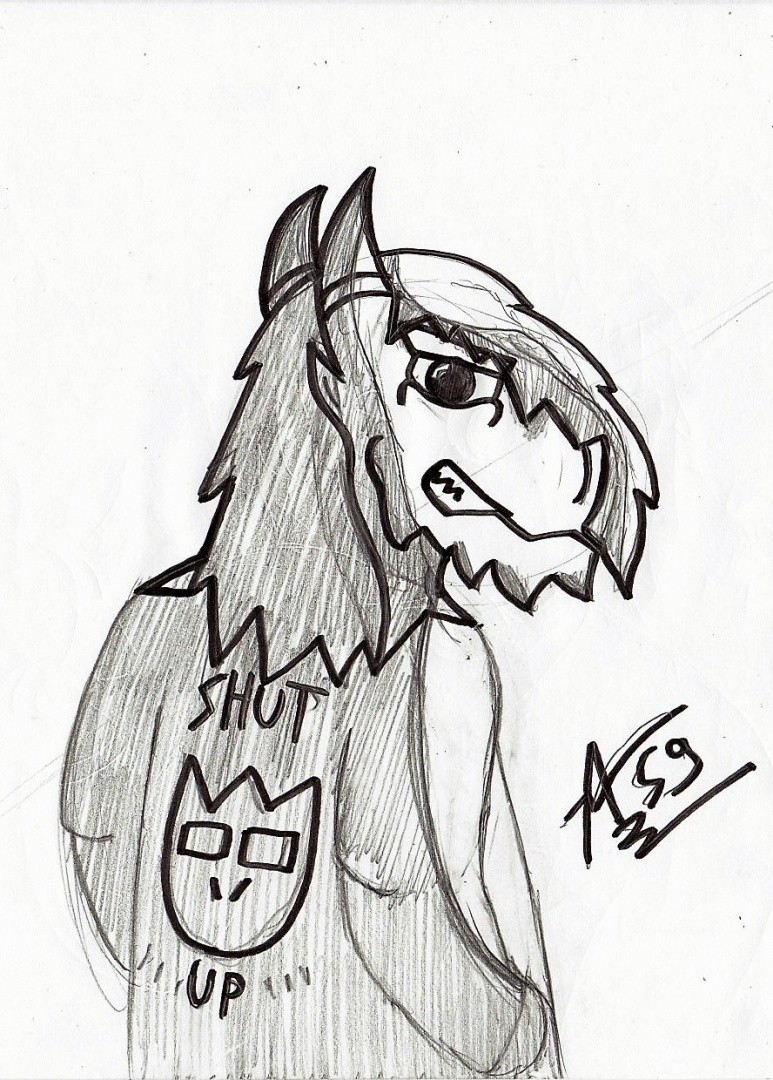 Well, I am anxious to put points on "i" with this drawing, as you see him(it), it is a drawing with a shade(shadow), then already, why? Because exactly, I received English comments which repeated " maybe that you could begin to use the light and the shadows, otherwise it is a good departure! " Then already, nan, because to explain it better, it knows how to make shadows, but in traditional with this drawing as example, and look at my other drawings, it is not first times which I have to begin to put shadows and all this, even lighting effect(play of light) and all the mess(brothel), And as well, as is that in caricatures, it is so important to put games(sets) of shadows and light, ben according to me, it depends on the drawing which you is going to make that of be going to parody, because as in Darkzilla, I have to respect the basic product, which I put of shadow him(it), but most of the time, I have not really need of this tool, because in caricature matter such who can have, there are no shadows, except in some, but it is just for making style and noticed the "talent" of the latter, And seen that I it is not to make him(it) numerically, except for a tool that I discovered demand(protest), which(who) my licence to make certain drawing, ben I know how to not mix the shadows traditional in digital color, otherwise that is going to give an even more crap thing(trick) of whom is it on the base(basis), but if I criticized, it is that I have impression(printing) that we dictate me, that it is so important to make as every good draftsman who respects himself, Then yes, it is true in a sense(direction), but not, because I have my own style which I 2014 makes from now on, and that I continuous to experiment on that I like making, even if it is some shit sometimes, and I re-knows sometimes that I made, because most of the time, I manage not to put a lot too much on the latter, or to have one lack of imagination, because it take me too much time(weather) of stay on one even only drawing, and I know that it is going to get drunk(to annoy) me, and I go abandon(give up) the basic idea, for try another time, Then, with everything respect him(it) that I have for your artistic work which tempts of continue no stop, and that you know better that I how draw what is, and I speak not for any world, but in certain one glittered people, svp, Close there and Continue your life, because that becomes fast get drunk(annoy), and I have more my ideas ready(in position) with this kind(genre) of comment, Thank you well, With this, took not in second degree on this totally ironic summary, even if it is a little bit true, ben I does me of that we say it made, and Have a nice day either an evening or whether you are, AV59 ^^