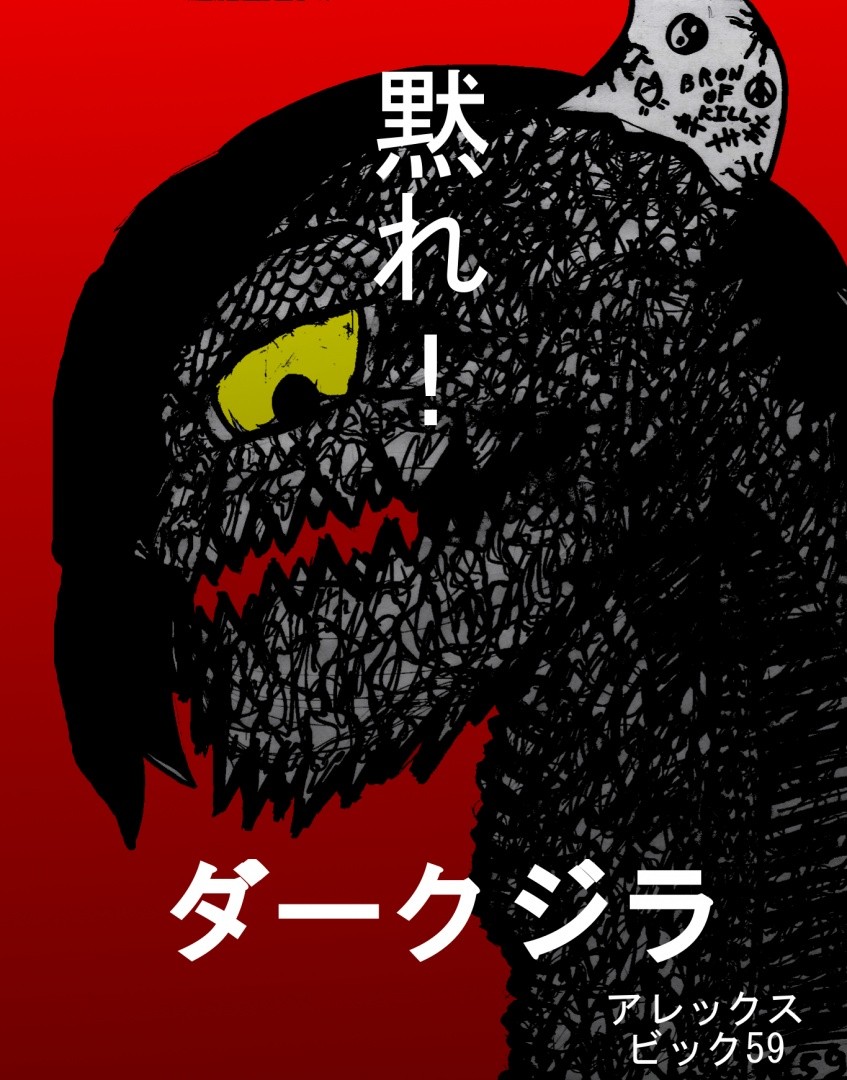 Ahhh Godzilla, one of my favorite monsters, because in the screen or in image, this 63-year-old old man Kaiju in balance still the view with its own style, and whore, it even became a little "the image" of Japan at the level international, same a guy who does not know Godzilla, he shall be very well who is Japanese, Godzilla is even at the origin of the popularity of the movie "Kaiju", while King Kong was a precursor, it is roughly a movie about monsters giant, anyway, and it spanked for a long time that I do not have anymore to draw this good old Godzilla, and when I saw this poster of movie dates 2016 (that of left and which is the model of my drawing), I have him express keep in a corner for go to do it, so which is stylish, and look at film frame, but this monster still keeps its reputation of "King of Monsters", and to respect even more the basic product, I translated that I have to write in Japanese, and to make you the translation, Below, I wrote: Shut up! Darkzilla AlexVic59"is if you ask me why" Shut up! ", it is in reference to my 1st drawing of Godzilla or Darkin to bawl him above"Farm There Godzilla!!! "Because yes, He is great in image, but whore that is who mouth this monster, As a result: Done well and respect, please, the end product, The drawing is (according to me) brilliant, in spite of some white and that it is no more shade than the original, the result is done well, and the fusion Godzilla and Darkin is completed, and I do not like breaking her, but I am proud to have to draw one of the monsters the most known for the Japanese cinema, With this, to Have a nice day either an evening or whether you are, AV59, and to my friends Japanese: Kore of, yoi tsuitachi ka yoru o sugosu ka, AV59 ^^