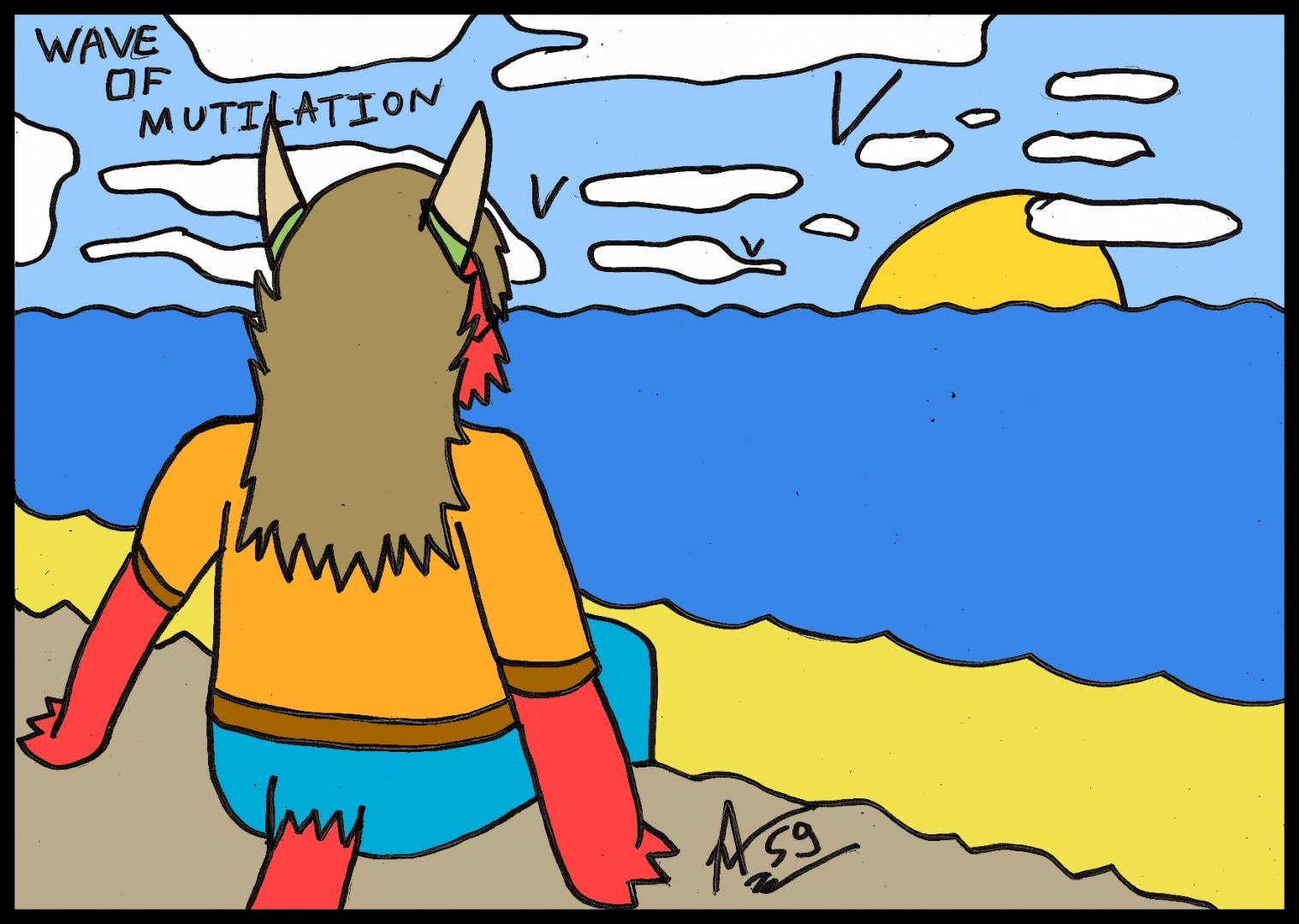 Then, I have just perceived that the title is not really joyful, because I believed that the basic music was a kind(genre) of nostalgia on the beach(range), see again(revise) the waves that we have surfer, all this that, but there is "Mutilation" in the title, and that can make "depressive", even "person with suicidal tendencies", because I not you am going to explain that it is, but here is what, because I knew the music(had heard it all before) in a very good movie of the 90s which if call(appeal) " pump up the volume " or speaks about a teenager who becomes an icon of the generation X with its pirate radio to listen to by thousands of young people who supports him(it), And he(it) had this very beautiful music which was in the movie, and I had thought in the beach(range) that I go during my youth in the South or in Brittany, because yes, I am going to speak to you about one very hurdy-gurdy way of making in AV59, I believed that I more go to redraw this kind(genre) of drawing, but me want to make shown my evolution since 2014-2015, years or I have to begin to publish my drawings on the Internet and to have the 1st generation of Darkin, The drawing in question has no title, but it is always accompanied with an a little bit sad or light music, the character is always alone or is rarely accompanied by somebody, look at the sun far off of the horizon, this drawing makes left one of my first ones(nights) which I have to draw, when I had to begin in my 13-14 years, I always found beautiful to have this kind(genre) of landscape, the tranquillity, the horizon, the sea, it is really quiet, and I really like the noise of waves, it is one whore of relaxed, with a music which accompanies that, shall be you in peace during some second, Finally in brief, this kind(genre) of drawing is great to make, and makes me reminder(abseiling) that everything is beautiful to annoy them, I am going not to make my poet for two balls(bullets), but it was good to speak about that, because I am going to return on my old drawing which I had long ago, To have a nice day either an evening or whether you are, AV59 ^^