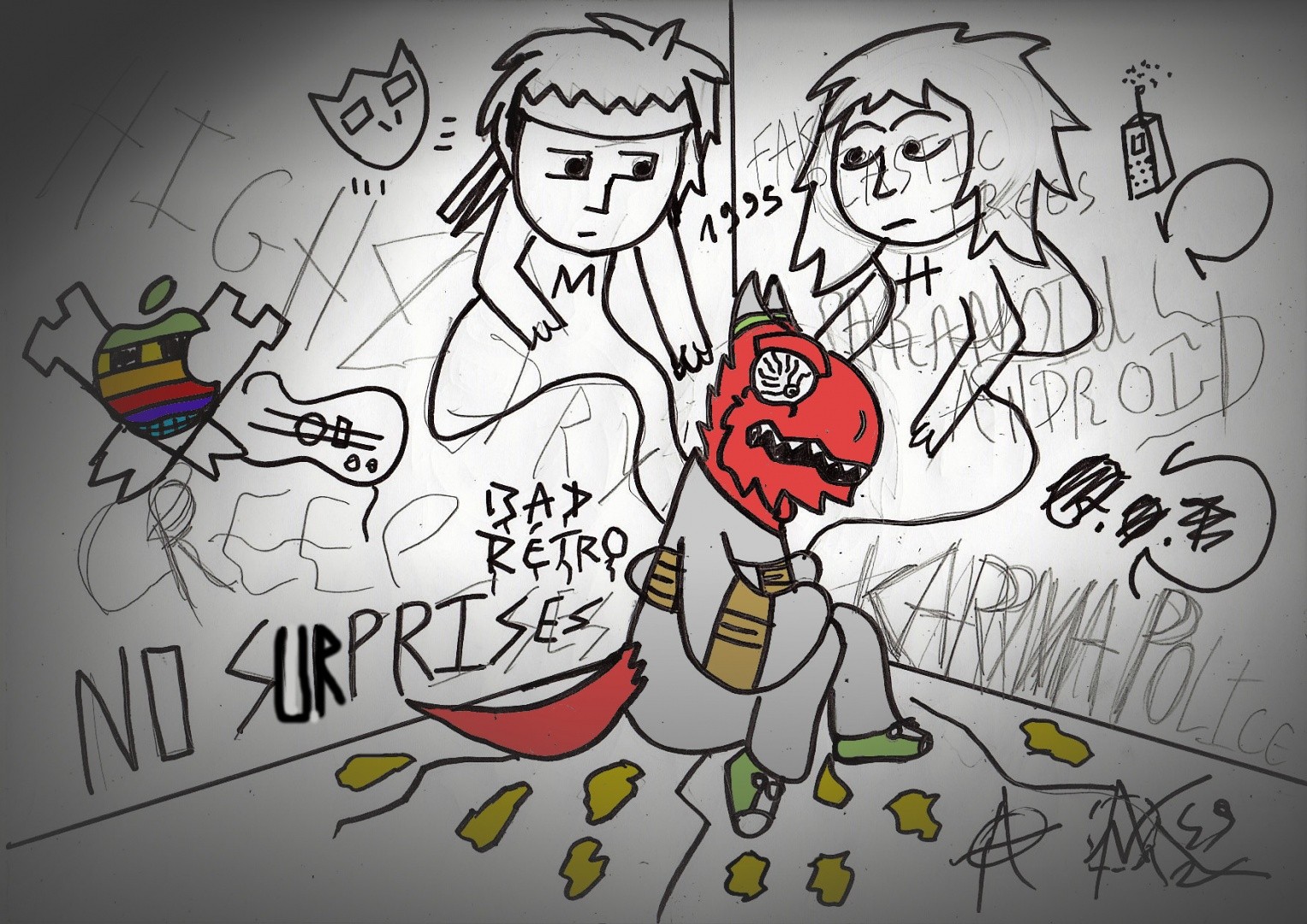 Here is the very special draw which I am going to present you, normally, he had to involve a special Radiohead; an English group which according to me is of the same level as blur or oasis, has knowledge, of very good group which I recommend you, But when I have to listen again No. Surprised, it made me a very old project of call back livened up(led) which in was transformed in the continuation(suite) into BD to finish, abandon(give up), and I shall explain to you why later, This project was "Bad Rétro", it has to make now years when this project was to abandon(to give up) for reasons incompetence, too much work for a BD, and when scenarios of the latter had become too much complicated to illustrate him(it), because I to change him(it) everything them 5 min to return him(it) even better, But also that I took years to make this scenario and to imagine scenes(stages) of clip with very good music which owed accompanied the history(story), it was the biggest project that I shall never have realized of quite my life, and roughly, "Bad Rétro" is the ancestor of Darkin and my improvised frenzies, And that of the musics who(which) most marked me, it was No. Surprised with Radiohead, because the character of the history(story), it was lower than ever, and complement lost on its love story, depressed, he(it) will be remain to lock into his(her,its) apartment, to make nothing more, more see his(her) buddies, Nothing, I would so much like to make a good history(story), to redo of big project, to write again stories(trouble) original, to write lousy poems with rhymes or this kind(genre) of bullshit, but it my excess to get drunk(annoy), and I have of the blow prefer continue my caricatures which you veil even today, because to make really a big project, really needs to have a motivation and a courage of sick person to make her(it), because otherwise, would drop you the latter, as my hurdy-gurdy love story of Mike and Judy, If this subject to interest you, will put in comments, because it spanked pleasure to speak about this old project with you, with this, to Have a nice day either an evening or whether you are, AV59 ^^