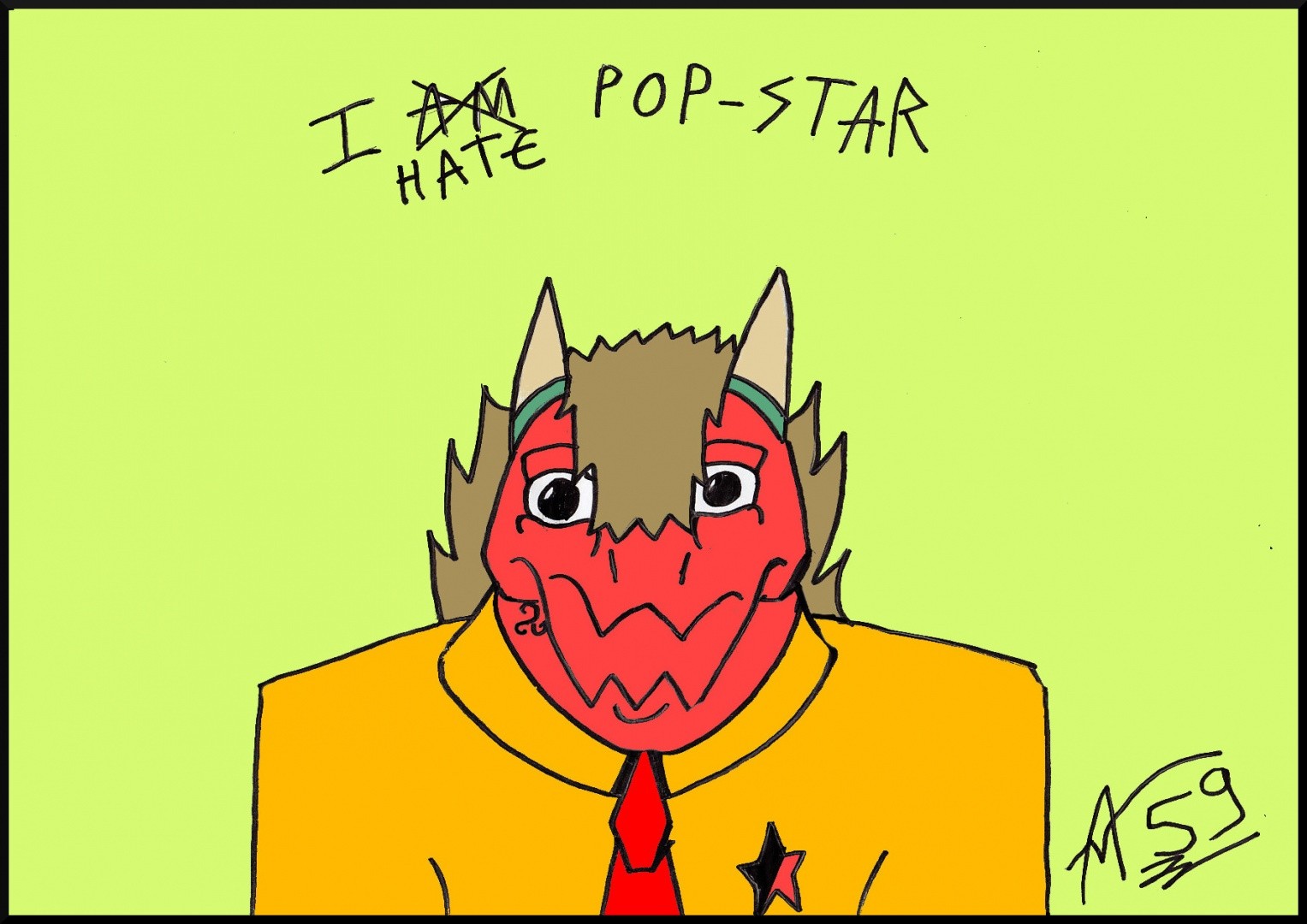 I am anxious to be clear in this drawing with this summary, if you read well the title, it's good, " I hates pop-star " already why, Because as with Anatomy Crisis, I had to speak about my crisis on " perfect body ", ben there, that is going to be similar, but there is of voucher reason, I had(had ºfor) begin in imagine my character as a star-pop it in(look,watch,consider ºas) a video of WatchMojo, speak(speak º1to) " Pip(Top) 10 of the CELEBRITIES which are NASTY with their FANS! ", Then already, everything the stars are no bastards without hearts who loves me not their fans, as any world knows him(it), there is of good and bad everywhere, and according to taste of some, bla bla bla, we are not the last ones of the morons to know that, But then, why certain fan still manages to support(bear) their star favorite, while at the bottom(in fact), the latter shall be nasty to them, to see even, not grateful to their fan, I would make for you shown the video in question to see that you thought, certain can be to forgive, but of other one, are not just normal to behave as 5-year-old kids, Then yes, them can sometimes go off the rails, it is normal, because any world is human, not robots, but not in front of a whole public and because people shall be ready to make anything for told by the miserable, as it was the case with Michael Jackson, but certain, deserves this rabies(fury) or anger, because it deserves according to me, to have never to be a pop-star, Because they are just there as bouquet poverty of the media, they are assume and snob their fan, to see even spitting them above, I mess around not, that well to arrive, and it is generally at certain pop-star's that it happens, certain others are well, but are worse than the cancer, With this, to Have a nice day either an evening or whether you are, AV59 ^^