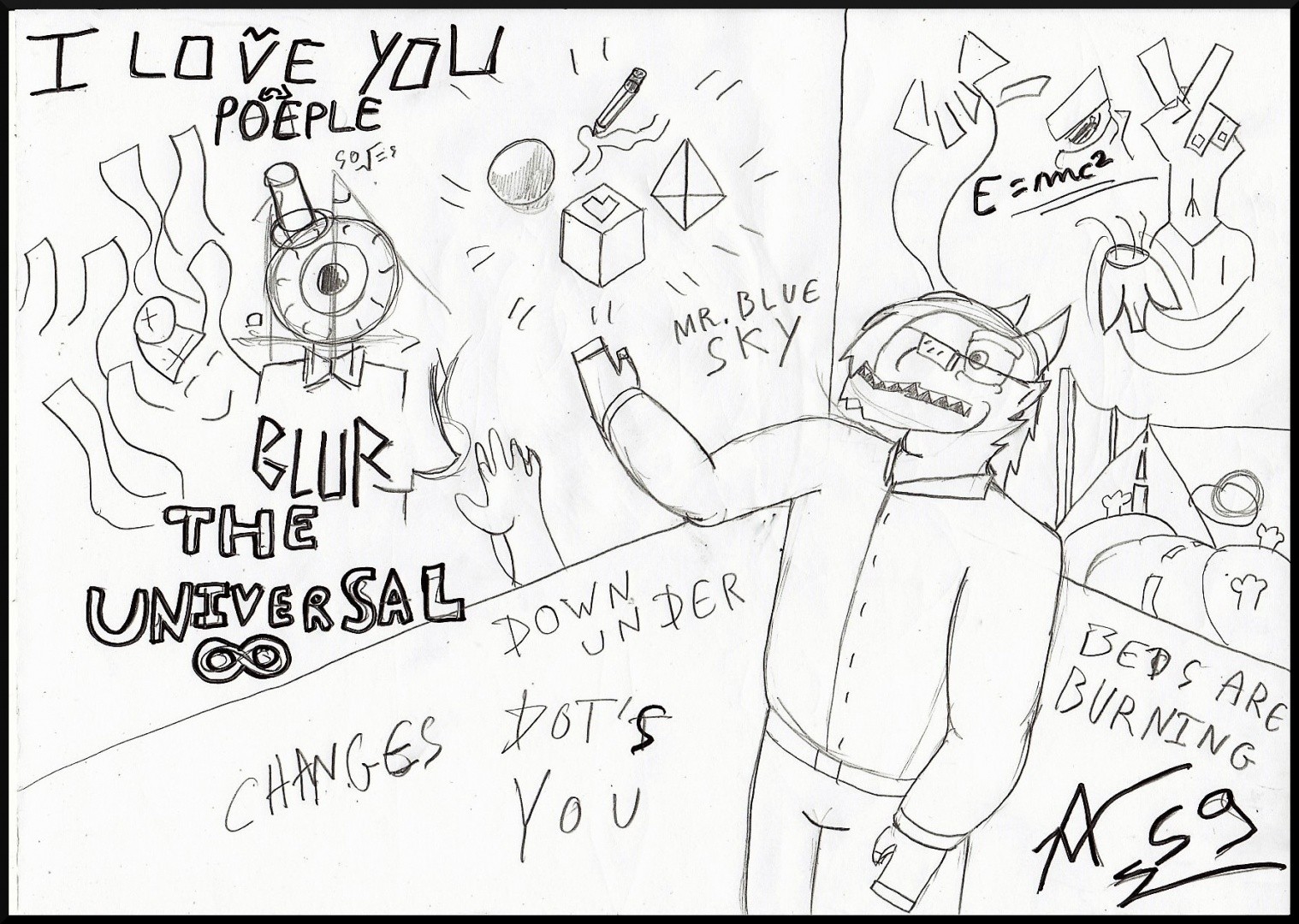 Return in good one(maid) hurdy-gurdy method, to listen to some good music to inspire it, but yours to say that that her(it), it was hard to make the translation, Because it is the one to blur (once again) The Universal, because it gives some explanation(is understandable) in conformance with(for) the song, everything is universal, same(even) the translation in French in summer according to me logic on which the song tells, ---- Here is the next century, When the universal is free, you can the found matter or, the future in summer to buy, Every night we leave, And the songs of karaoke, As we like singing them for a long time, Although the words are false, ---- That I have just said, are the debuts of word of this song, it quite mean, I have not on what found draw to represent who(which) was universal, but for draftsman, it is a pencil and his(her,its) geometrical shape 3d or nan, for a musician, it is the instrument and the musical notes that notes in his pad, in the head or fact with a computer, and full of example that I shall can city(estate), Everything is Universal, and that to explain will be impossible everything like that, because this summary shall be the longest of the world, later in my drawing, I put others music title which I like very much with the psychedelic decoration(set) which returns shyly, anyway, I shall put the song as usual in comments, and continue that I am as Human being It was AlexVic59 who returns happier, and I hope that that is going to last, to Have a nice day either an evening or whether you are ^^