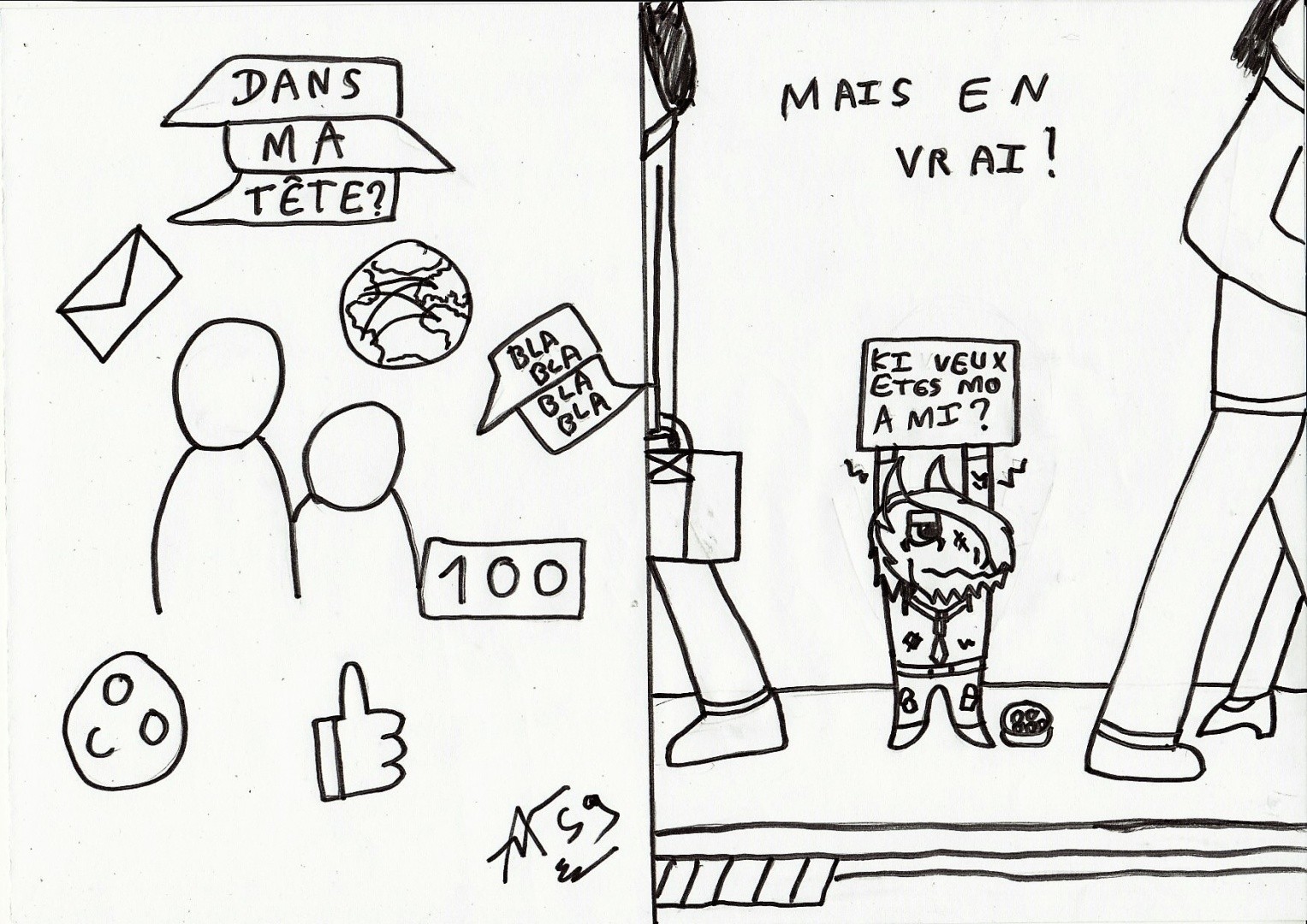 Theme which is going to have in it N °, and The friendship, because in my head, the friendship is easily made on the Internet, and in certain corner as was used you of go (School, Work or other one), I had many friends and I like meeting with unknowns and it is enough for me, But in reality, most of the friendly truth which I had, his Belgian and lives very far from at my home, because I made my education in Belgium in obourg, rather to make my education in France, what by the logic who am that, I am never made by friend in France, and very on the Internet has me to get drunk so that I meet people like that, leave towards the adventure there, well, yes it is the case, so much to take a cardboard sign mark it as poor "Ki Veu Etre Mo Ami?", because nobody will notice you that you exists, unless needs to point out it by spanking a bullshit, if I make this remark, it is to illustrate better the ease to make it friends on the Internet that in the reality, because in reality, nobody is going to come towards you to speak to him of thing that you know nothing about it his subject and later to bang it the stupid air in front of any world, I am can be pessimistic, but I know that it is to speak to people and to tries to imitate who are to have people to whom to speak, I am a little chameleon, and it has me a lot to help, because I shall never have had of friend at the school, by spanking seem to be someone other, but to lie on that one do not already have, Anyway, to Have a nice day either an evening or whether you are, AV59 ^^