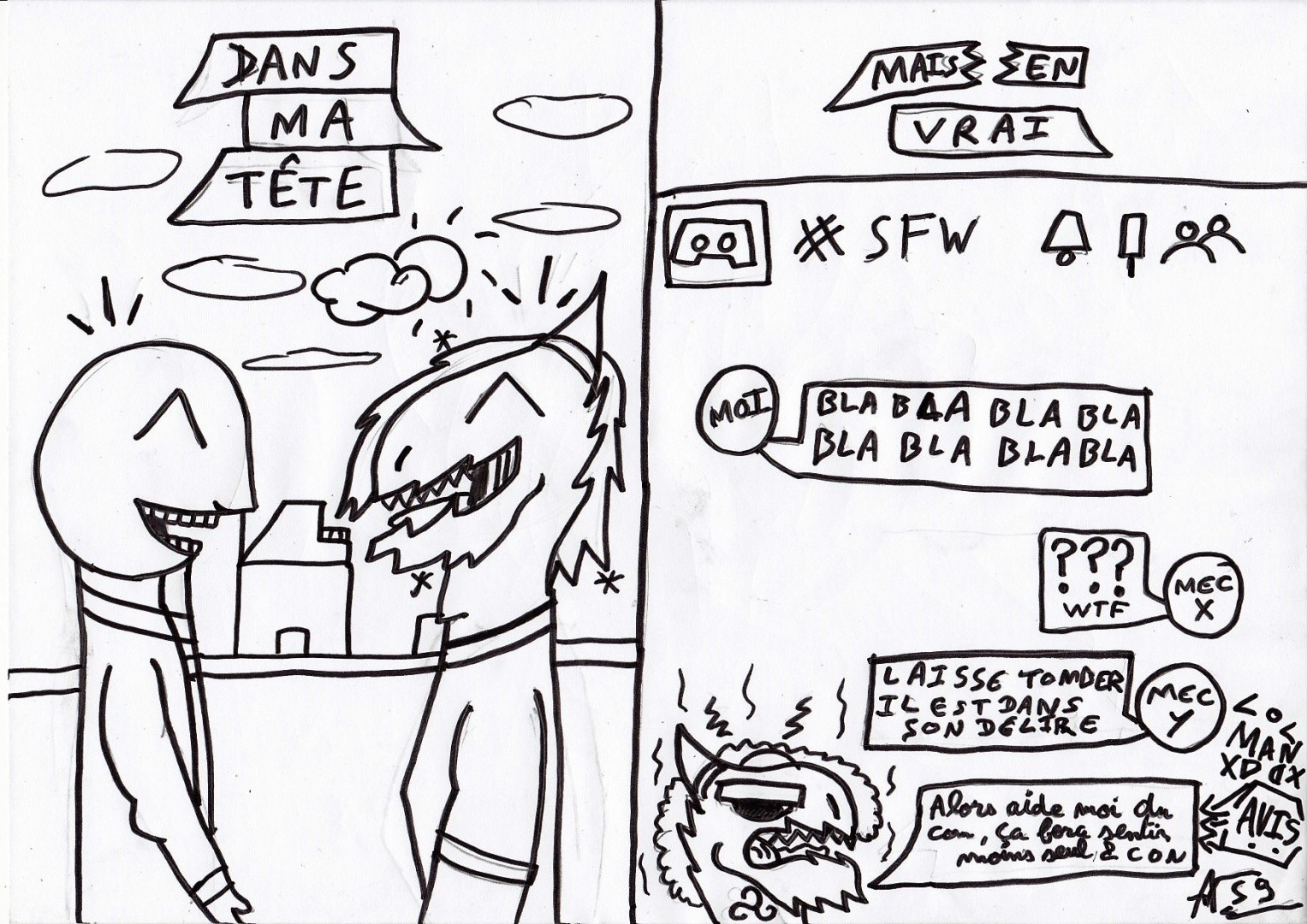 In my Head, But in Reality 2

The return of the self-criticism, I think that that is going to be a new size(format), about which I know not how long that is going to last, but seen that I have to make nothing, then It left, In my Head, I really like speaking to people, but really, that I have a gift(donation) for that, I have not fear of taken(brought) out and to speak to certain unknown, in snap of the fingers, people loves me, even most worse of, and too, to go to discover places that I have never set foot, I like(love) taken(brought) out and people, the life is beautiful But in the Truth, I shall have like speaking with everybody, so well obviously, if most are not all nutcases, to see the same hurtful, me in 1st, I makes that to speak about my life, me complain whom does around me, I like not being alone, but I am so sensitive, that the slightest negative remark, me to go off the rails, that is that I say nothing or I have to defend(forbid) myself, some loves me or not, I like(love) not taken(brought) out and certain person in this world, the life is average, Then you go tell me; " Ben has you that took(brought) out tone Q cmme tt world LOLLL ", and I will repeat you that I never put the feet(set foot) outside so much which(who) has to make nothing, has a share walk(work) in the space, with the world all around which considers you as one at whore UFO, that I have impression(printing) to be as Darkin in reality, a kind(genre) of monster whom we address him(her) to mess his geugle, then later I always had a bad vision of things, but respect him(it) died in our time(period), you can not speak if one of address the word, it is your to say, JA BUT, The PC is the only corner(place) or you can communicate at least, and that depends on whom of grave, but all the same, it is at least my only one refuge of the real world, I can be that I want, some contradicts me, OK, but that is that I have it to make, at least I am not in front of you, and you is going not to come to strike me, all this, you park be going to contradict me and that I am your head of Turkish, no but is going to show, I am free my at sir, free to hesitate that want and of party in any frenzy, it is finished all this, but said you that I am a nonviolent and pacifist anarchist, there is that my geugle which is violent against the fist of honor, And if you too, you beings one can near as me, make the I know, because I am fed up with it to be alone and paranoiac to people, it has too much to last, I want to be free, go bye bye, it was your crazy and crazy friend AV59 who to speak to you ^^