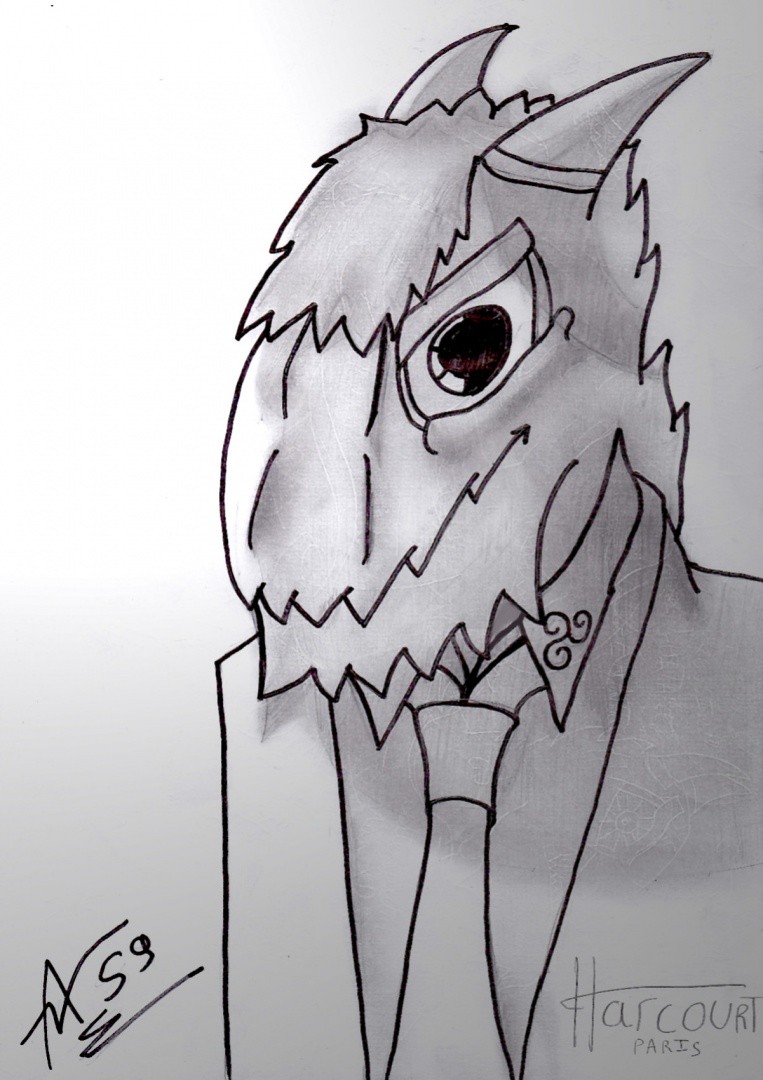 In looking at the photos of Studio Harcourt, I took a model random, this drawing is we will say that it is a shadow of training & light games, spanked it a long time I had to practice for reasons of simplified & quickly end an idea in mind, and again, it's a long story told quite boring to, Because I noted that in the original model, there was plenty of black and some lighting at random, and since I used to do a mix between the traditional design & digital, I not sure put color to my character because I had already made the shadows in advance in pencil before the scan, ie, the color I done digitally with Gimp2, but I'm pretty proud of this one, as it spanked long as I had done more shadow "detailed", and not to the cartoon, and we will say who is dressed in white, even if it is not in the rules of the Studio Harcourt