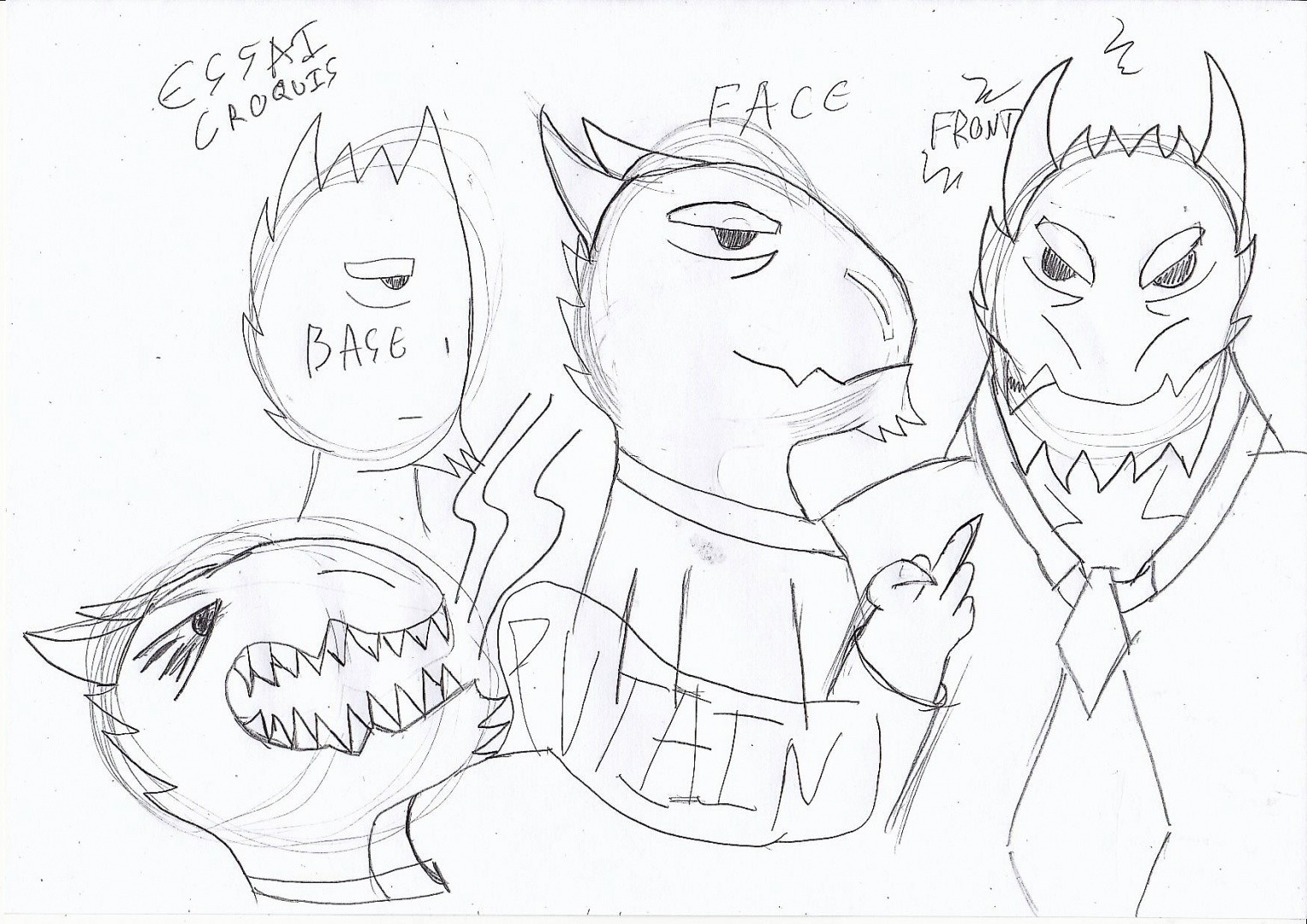 This is a project that will hold me to heart, but I still hesitate about it, because being accustomed to its simplistic physique, if I want its physical improvement, it is because there were several voices for the A demon, a spirit of fire or all that is related to fire, and the one that made me hesitate for who will be the good: A dragon, If I begin to get used to drawing this new face with the physical improve that the base, I think it will start from the new "evolution" en route of the character who must recognize it, have been more to taste Of the day, then as you saw, these are test sketches, of which the first put in black, is that I wanted as final result, remains more than there his face in front, a "dream" ", The basic expression, the body that resembles between human & dragon, which I have a good example on the internet if I search a little, and a little mythology, and voila, Darkin will be like in expression in the world of games Video, in version "Alpha", if I do not exaggerate my own, For inspiration of this improvement, it is the cartoon Dragon, of which Krokmo that totally made me dream with his geugle both cute, funny and serious when he is in Badasse mode, I saw the cartoon , I am told "Here is what I want to do as a character in the future", but hesitant, this idea had nearly fallen into oblivion for lack of confidence and experience in matter, And it is thanks to you, Group of the Draftsmen, that one day had to evolve and react with your realistic criticism, because stay in the same simplified method and to have me that positive commentary, it is a little live in the Denial, on this, I will work better on my mascot forever, Opinion & advice will always be welcome, despite the misunderstandings, Vive le Groupe ^